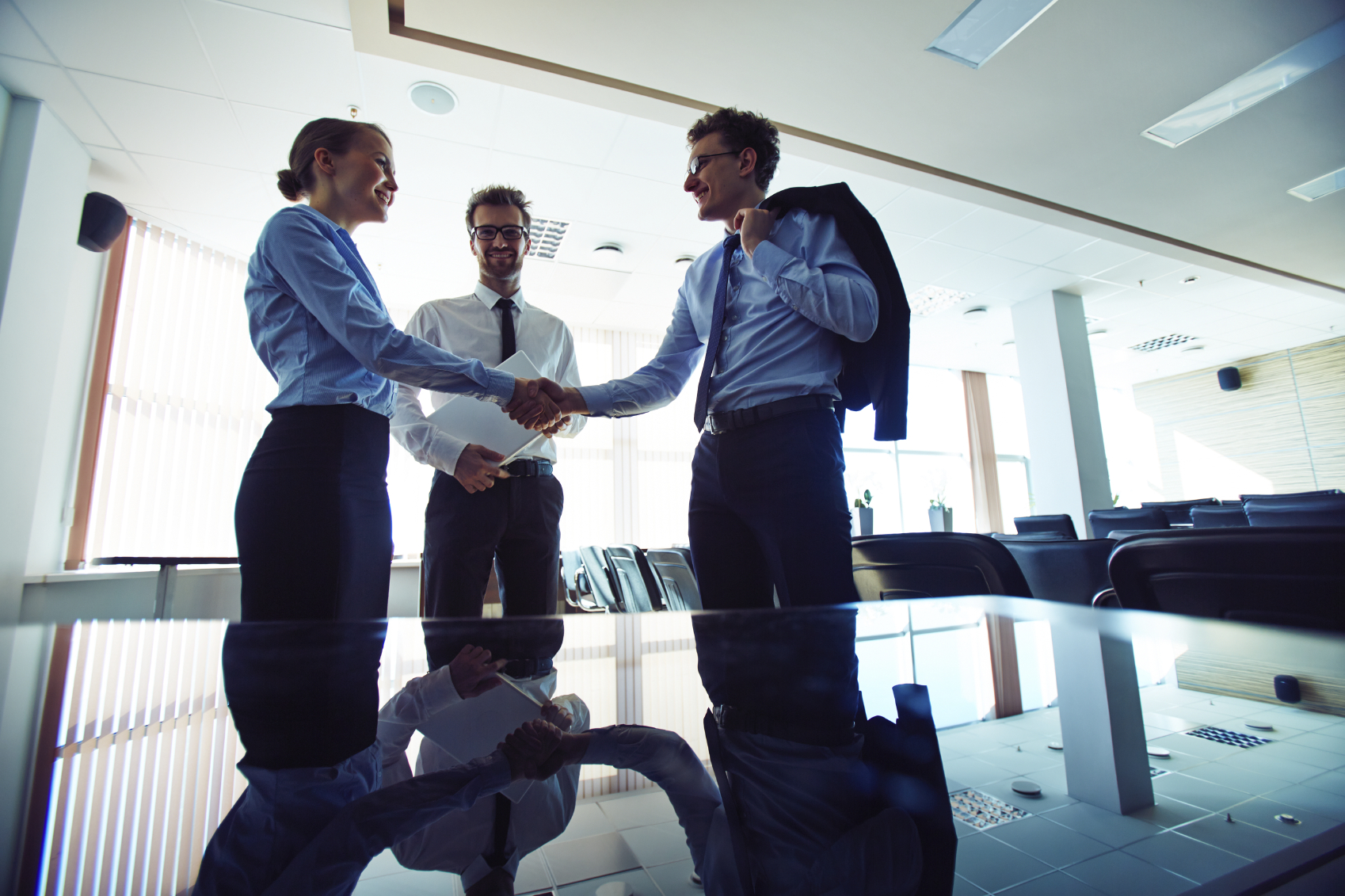 As the presidential election nears, talking with your coworkers has gotten increasingly treacherous. Whether you’re a Democrat, Republican, Libertarian, Green, independent, or undecided voter, in order to not make enemies at work, you need to learn how to agree to disagree.

Learning how to agree to disagree with coworkers is an interpersonal skill that will serve you long after Election Day. When you know how to agree to disagree, you accept that you’re not going to change the other person’s mind about an issue, and they accept that they won’t change your mind either. It means you tolerate but don’t accept an opinion different than your own.

How can you—and when should you—agree to disagree with coworkers?

When it’s personal, not professional

Coworkers spend so much time together. Often, you’ll get to know each other on a personal level, and might even become friends. You’re bound to have conversations about topics unrelated to your jobs. Especially when your banter treads into the realm of personal lives and outside interests, you can easily land on topics you disagree about.

When a disagreement isn’t directly related to work, it shouldn’t distract you from your job. Instead, politely let your colleague know you’d rather not talk about that topic while you’re at work. If your colleague is also a friend, you can have that personal conversation outside the office and after work hours. Meet in a public place, where your chat is less likely to devolve into a fight you’ll regret. If you can’t resolve your personal issue with your colleague-slash-friend, the most important thing is to agree on that neither of you will let the disagreement interfere with your working relationship. If, despite your best efforts, it interferes with work, get help from your boss or human resources.

In most workplaces, this is where political and religious conversations belong, as well as other emotionally loaded topics like sports teams, the correct pronunciation of GIF, and whether pineapple is an acceptable pizza topping.

When what you’re disagreeing about doesn’t matter

When someone else’s beliefs are incompatible with your own, you might think they’re stubborn, close-minded, or misinformed. Chances are, they’re thinking the same thing about you. These feelings will be even more extreme when you’re in disagreement over an issue that doesn’t really matter.

Take a breath, count backwards from ten, picture your happy place—whatever works for you to calm down. Then, be honest with yourself and consider whether the disagreement you’re having is actually important. If the outcome doesn’t have consequences for anyone but yourself and your coworker, you might be arguing about something that doesn’t matter.

It’s time to delicately extract yourself from the conversation. The trick is to do so without increasing your colleague’s ire. Politely ask your colleague if you can call a truce. Give up the argument and stop trying to change their mind. In this situation, nothing is settled or decided. Both of you are right, and yet neither of you are right. You and your colleague won’t be all that happy with this outcome, but it’s probably better than an endless and pointless fight.

When your different beliefs can’t be resolved

Differing opinions are as inevitable as dirty dishes in the break room sink. Everyone has individual beliefs and a set of ideas they hold to be true. Even if their beliefs don’t pass a fact check, scientific research has shown that it’s almost impossible to change people’s minds. It’s even more difficult when a person’s beliefs are based on emotions or tied to their self-identity—that is, who they perceive themselves to be, who they aspire to be, and how they want others to perceive them.

There are times when you’ll have different beliefs than your coworkers. They might believe that Monday 8 a.m. team meetings increase productivity (and it just so happens they want to leave early to take care of their kids). You believe that the only thing meriting your attention at that early an hour is coffee, followed by more coffee (and you have to stay up late to video chat with your parents in China). They might believe that a graduate degree should be a required qualification to work at your agency (because they have a master’s). You believe that enthusiasm for your agency’s mission is the only non-negotiable quality in a new hire (because passion is what drives you).

Take a step back and consider whether their beliefs—or your own—might be related to self-identity. And, think about whether the beliefs are more emotional than rational. If this is the case, first talk with your colleague about possible compromises you could both accept (9 a.m. Tuesday? Bachelor’s degree with 3+ years related experience?). If not, you might need to get a mediator involved, such as an impartial colleague or human resources.

Thank you for this post. It’s very insightful and useful. So often people tell you “do” something to solve a problem, but never actually tell you concretely how to “do” it. These are very helpful examples.

You’re welcome, Stephanie. Sharing useful information is a goal I’ve set for what I write, so it’s especially gratifying to know that you find it helpful.

First of all, you must show respect for your colleagues opinions. Its best if you let them speak first so that your response can be about their latest views. You must take a leadership role in maintaining a calm atmosphere. As a result of the discussion, no views are usually changed but if everyone has an opportunity to express their views most everyone is satisfied.

Those are interesting ideas, Edward. I agree that everyone has a role to play in respectful communication. Some of what you wrote doesn’t fit with my experiences, but others might like to try those approaches. Thank you for sharing.

“It is the mark of an educated mind to be able to entertain a thought without accepting it.” Aristotle

I would assume GOVLOOP is aimed towards Gov’t employees

So, from the perspective – lets be very clear – NO political conversations should take place at work

My understanding about the Hatch At (and I’m no expert on it) is that it applies to specific federal government employees. Government employees at the non-federal level will likely have other rules and guidelines they need to follow for political conversations and similar activities.

Thank you for some valuable tips. At the end of the day, the take away is: you can’t change people’s minds but to have an open mind yourself!

I always say, you usually can’t change other people. You can, however, change how you react to them and how you treat them.

These are also great tips when conversing with friends and family over politics. We often hurt the ones we love…maybe this article will lessen that sentiment.

If my advice can help people avoid hurting others, that would be the best result I could hope for. Thank you, Tammy.

The Rise of Toxic Leaders: Time to Revisit the Rules