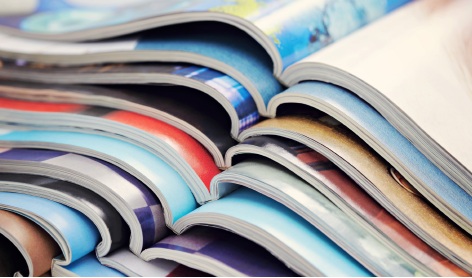 As Millennials join the workforce, they are bringing their propensity for social networking into the workplace. As a result, network-centered approaches to doing work will likely become more prevalent.

Government and non-profits have already been pioneering the use of collaborative networks over the past two decades to solve complex societal challenges such as clean waterways, reducing child abuse, serving the mentally ill in the community, and reducing smoking. Much of this pioneering work has been done without a roadmap of what works and when using networks is more effective than relying on traditional hierarchies or the marketplace to achieve public goals. The descriptive and theoretical literature to guide practitioners is growing rapidly, but without guideposts as to what to read and what to pay attention to.

But now there is someplace for both experienced network leaders and neophytes to go to learn more.

A special report by the IBM Center for The Business of Government digests the key academic literature written over the past decade: Interorganizational Networks: A Review of the Literature to Inform Practice, by Janice Popp, Brinton Milward, Gail MacKean, Ann Casebeer, and Ronald Lindstrom. According to the authors, this report has been under development for several years, largely as a labor of love to synthesize literature from various professional disciplines into a “one stop” resource guide.

Background. An astute observer of public administration, University of Maryland professor Donald Kettl has observed that network-based approaches challenge traditional public administration because American political institutions revolve around the importance of organizational boundaries. But, he continues, the use of networks is growing in government anyway because “as problems become more complex, no organization can hope to control or manage all the inputs and outputs that affect it.” He predicts the continued development of inter-organizational networks in government in coming years.

This literature review examines key concepts and characteristics of inter-organizational networks, their various types and functions, as well as their lifecycles and how to assess their effectiveness. Of particular value to practitioners is its examination of network governance, leadership and management, and structure.

Network Governance. Because networks are oftentimes not legal entities, the authors note, “the legal imperative for governance is not always present” as it is for most public sector hierarchical organizations. The academic literature, however, describes three distinct types of governance structure for network-based initiatives:
• Shared governance, where all participants contribute to the management and leadership of the network (which can be effective with six or fewer participating entities)
• A lead organization, where the network manager and administrative support is vested in one of the key network members (which is often used when an initiative is driven from the top-down)
• A network administration organization, which is when a separate entity is created to manage the network, and an outside manager is hired to handle the administrative elements of the network.
When choosing a governance structure, the authors say, various contextual features of a network need to be taken into account (e.g., the level of existing trust among members and the degree of congruence around common goals). Selecting the right form (or mix), they say, “are critical for explaining network effectiveness.”.

Network Leadership and Management. The leadership and management of and in networks “cannot be heavy, centrally directed control,” say the authors. Oftentimes, there is no chain of command, so “informal power based on interpersonal relationships can be more important than formal power.”

Network leadership. Researchers such as Chris Silvia and Michael McGuire “attempted to identify the behaviors that public managers displayed in their roles as network leaders.” Interestingly, the U.S. Office of Personnel Management also made a similar attempt several years ago when it was directed by law to develop a description of functional competencies for “goal leaders” who oftentimes are responsible for leading cross-agency networks to achieve national goals.

Network researchers Robert Agranoff and Michael McGuire “. . . describe the overarching role of a network manager as being to increase the stock of trust and reciprocity in the network.” The authors elaborate, noting: “the horizontal management tools or skills typically associated with collaboration, such as negotiation and persuasion, are ‘necessary but not sufficient’ . . . An effective collaborative manager, then, must have expertise in both relationship building and process management.”

Network Structures. The authors observe that: “The study of inter-organizational networks borrows heavily from what has been learned about the structure of social networks. . . ” where the actors are individuals, not organizations. In social network studies, each node represents an actor in a network. As a result, “Studying the connections between the nodes of inter-organizational networks can provide information about network structure and its relationship to network effectiveness.”

Network researchers Keith Provan and Robin Lemaire observe that the effectiveness of networks is dependent, in part, on the ties between and among members of the network. They describe the importance of “selective integration” of who joins the network, noting that “network links must be targeted and appropriate.” Networks should be comprised of a mix of members with strong and weak ties among themselves, because that helps sustain a network over time. Members with strong ties among each other are good for building trust and sharing information. Members with weak ties, however, can fill knowledge holes and are “useful for generating new ideas and approaches.”

As the authors concluded their report, they reflected on their efforts, which mirror the feelings of many of the practitioners who have been trying to make sense out of the literature. They noted that they were “frustrated by the lack of clarity in the literature on elements of fundamental importance to networks and their functioning.” Hopefully, their report helps reduce some of that frustration for you!

Graphic credit: IBM Center for The Business of Government

3 Things to Think About When You Build Your Next App