Welcome to the latest edition of the series of discussions with thought leaders who are bringing new and innovative solutions to the challenges government faces in delivering services to the citizen.

My guest for this episode is Barry Hopping, Chairman of the School Committee of the Town of Ipswich Massachusetts. Barry has served the Town of Ipswich and has been involved in education in many ways over a long career. We discuss a spectrum of topics ranging from the three focus areas for the current school committee to the disposition of the Little Neck Trust and the settlement with the Feoffees of the Grammar School and the positive results created for the children of the town of Ipswich. 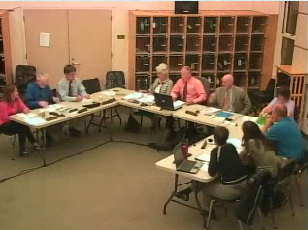 His career took him away from full time participation in Ipswich Schools. For twelve years he served as the principal of the Hanscom Middle School on the Hanscom Air Force Base and later as principal
at the Rupert A. North Middle School in Newburyport. He is also an adjunct lecturer at Merrimack College.

Barry has served on a number of subcommittees for the Ipswich School Committee including serving as chairman of the Policy Subcommittee responsible for keeping school system policies up to date, and the Collaboration Subcommittee, which worked with the town looking at ways to improve efficiencies. Barry also worked on the Operations Subcommittee which participates in the evaluation for the School Superintendent.

He has served on the Athletic Subcommittee, the Recreation Commission and the Athletic Fields Study Committee. Barry is also past President of the Ipswich Little League and serves on the Board of Directors. He has coached youth sports at various levels from Little League through high school.

Barry was elected to the Ipswich School Committee in 1999 and served continuously since that time. This past July he was elected chairman of the committee by unanimous vote.

Synopsis:
We begin with a description of an average Ipswich School Committee meeting which Barry describes as well structured with time limits on each item of the agenda. The meetings take place at the High School/Middle School complex and can be viewed live in on Ipswich Community Access Media (ICAM). The meetings begin with housekeeping, announcements and the reading of the mission statement by student representative Madeline Werner. Next is the opportunity for citizen’s comments. The business of the meeting itself is next. Barry says, “By definition, it’s the working meeting of the school committee.”

Barry tells of new a new feature during the school committee meetings started this year, the Celebration of Teaching and Learning. These presentations take place the second meeting of each month. Students, faculty and administrators are invited to come forward and talk about positive developments.

A recent example was students who came forward to present artwork they had done in conjunction with their science curriculum. In upcoming meetings the foreign exchange students who are studying in the Ipswich schools will be highlighted. In December Chris Burke and Amy Gregory will come to talk about how Ipswich is using technology in the classrooms. Barry says that Chris and Amy recently drew considerable positive attention during their presentation at the MassCUE conference 2013.

Barry then talks about his role a chairman. He works very closely with the school superintendent. This includes meeting to establish the agenda for the school committee meetings, interacting with other town boards, community outreach and providing guidance and advice to the superintendent.

I ask Barry about the recent Ipswich Chronicle article where he outlined the school committees goals for the 2013-2014 school year. Barry categorizes the goals as budget, collaboration and communication. Barry talks about the structural deficit that the school system faces and outlines a number of innovative tactics the school committee is discussing to generate new revenue and control costs. “Unfortunately, because of what we’ve been through in recent years it seems like we are constantly looking at reductions,” Barry says.

Barry says, you can never communicate enough. He says, “We are constantly looking for new ways to reach out to the community.” Initiatives include looking at rolling out a new website for the school system and encouraging people to participate either in person or view the meetings live or on demand through ICAM. Later this year the school committee will be publishing articles in the Ipswich Chronicle and other media piggybacking off the Celebration of Teaching and Learning to highlight some of the accomplishments of students and teachers.

On collaboration Barry says, “We need to find ways to be much more efficient.” He points out that, “Both sides, the municipal side and the school side, we’re pulling at the same tax dollar … If we can collaborate in some of those services and realize the savings on both sides with a better end product we’d be foolhardy not to consider that.” Barry says we are going to continue to look for ways to make sure that what our students and staff deserve is provided.

Barry reviews recent developments related to the disposition of the Little Neck Trust and the settlement with the Feoffees of the Grammar School. Barry points out that, “In the first three years of the settlement the Ipswich Schools are receiving $800,000 each year.” He details some of the ways the money is being spent including Instructional Mini Grants. Educators are able to propose projects that can be funded up to $5,000 each. 37 of 60 initial proposals were approved. Seven other grants were awarded after the applicants took advantage of the opportunity to resubmit and work with members of the grant committee. Another $1.5 million has been funded through the Paine Grants, a second category reserved for “big ticket” items. ( Click here to view a complete list of projects funded.)

Barry shares ways that concerned citizens may become more involved in the work of the Ipswich School Committee. His suggestions include attending the school committee meetings and volunteering for one of the many formal and informal projects and committees.

I conclude the interview by asking Barry, “What drives you?” Barry tells of his appreciation for the support of the school committee and the townspeople. He says, “I’ve dedicated my entire life to public education.” The job is never done he says and continues, “I’d like people to embrace that same approach and help us every step of the way.”

Thank you for listening to this episode of the “L” channel. Please stay tuned for future editions. You may follow us on Twitter @LyceumPodcast and subscribe to our episodes on iTunes and through my feed.