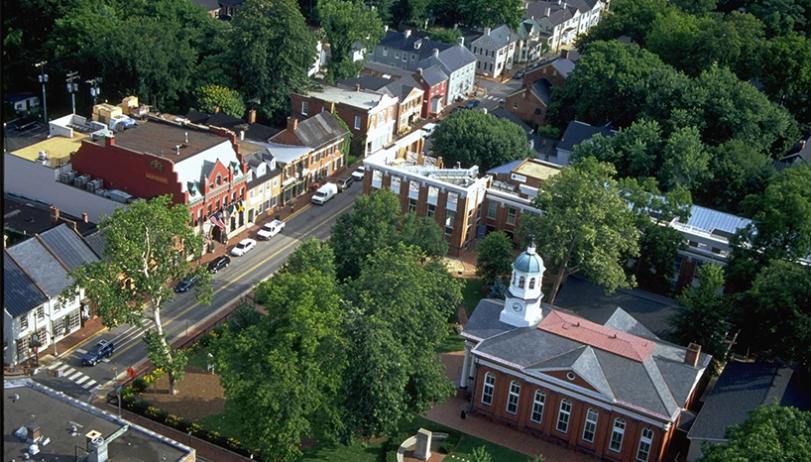 We hear a lot of talk about transformation in government – about the importance of a good plan, strong leader, and tight-knit culture and hard work. Unfortunately, more often than not, the planning process consumes so much of the team’s energy that execution suffers.

Loudoun County, Virginia, is an exception. Its small but dedicated Economic Development team not only built a strong plan, but they also have delivered results that exceeded expectations for more than a decade. In so doing, they transformed a county and positioned it for sustained growth.

I had the opportunity to talk with Buddy Rizer, Executive Director for Loudoun Economic Development about the massive growth in the county, how they did it, and what they learned.

Their progress began in 2007 during the global financial crisis. Loudoun County, located on the outskirts of the D.C. metro area, was home to about 280K people. A team of 12 was challenged to energize the county. They began the pursuit of a solution by taking inventory of their assets. (Imagine the scene from Apollo 13 where the team tries to solve the square peg and round-hole problem). Buddy and his team quickly realized they had the foundation for something unique, but risky.

Playing to Their Strengths

In the late 1990s and early 2000s, AOL and their competitors had laid significant fiber infrastructure in Loudoun County. The county had this infrastructure, along with a collection of empty buildings and proximity to Washington, D.C. Much like the team of engineers in Apollo 13, this team of 12 saw the opportunities in their assets and began to put them to use to diversify the economy.

The results speak for themselves. Today, Loudoun constantly wins awards and recognition including consistent recognition as one of the best places to live in America. It boasts a population of over 400k people, houses more than 13.5 million square feet of data centers, and courts large and small technology and manufacturing companies. This growth has earned Rizer and his team significant publicity. Rizer is referred to as the “Godfather of Data Center Alley” and the department budget has increased by 86% since FY 2010. In the summer of 2020, the team is preparing to welcome three of D.C. Metro rail stations to Loudoun.

I asked Buddy about the keys to this sustained growth and success. He shared a few key insights:

Early in the process, Buddy and his team proactively engaged and courted businesses for Loudoun. They attended conferences, built lists of targets, and worked with county supervisors to find ways to balance the competing demands of residents, businesses, and the government. They got out of the office to build and pursue innovative solutions.

The team acted more like entrepreneurs than a government office. They launched a plan and followed it into execution. Loudoun Economic Development is not constrained by complicated bureaucratic processes and rarely hears ‘we have to do it this way.’ It’s a stark contrast to other agencies. They maintain a clear focus on outcomes, find ways to ‘get to yes,’ and remove complexity from everything they do.

Buddy talked about ‘Metrics Monday,’ where the team gathers to assess progress and identify any challenges or lagging initiatives. He is quick to remark “there is a big difference in measuring what you do versus doing what you measure,” when referring to how his team quantifies progress.  Metrics incentivize behaviors, and if your metrics are not incentivizing a successful execution of your plan, you’re probably doing it wrong.

Data centers have provided a clear win for the county, and the department built upon that success by developing a strategy of building ‘concentric circles’ around successes. From data centers to the providers of data center service to big data and data analytics to other emerging technologies, the team has built on its wins and maintained economic diversity.

Loudoun’s growth story offers two reminders. First, to build on your strengths, you have to know what they are. Like the Apollo 13 engineers, putting all your assets on the table first allows you to spot and employ features and benefits that otherwise go missed. Second, build the plan that works for your team rather than trying to find success repurposing someone else’s approach.

Tyler Sweatt is a GovLoop Featured Contributor. He is the founder and Managing Partner at Future Tense. Tyler works to identify and address risks and opportunities in changing environments. He advises startups across the cybersecurity, artificial intelligence, and physical security domains, and regularly supports R&D, S&T, M&A and strategy initiatives across DHS, DoD, the IC and Fortune 500 organizations. Previously, Tyler worked at futurist consulting firm Toffler Associates, leading emerging technology and security efforts, and worked at Deloitte where he focused on rapid technology acquisition for DoD. A West Point graduate, Tyler served as a Combat Engineer and Counterintelligence Officer with the Army, serving multiple combat deployments. You can find him on Twitter @Tyler_Sweatt.

Loudoun county is spatially located next to Dulles International airport; additionally, vast numbers of tech and government contractors are located adjacent to the Dulles toll road, which serves the airport. Loudoun leverages its location to attract high tech companies. Let’s all realize data centers consume vast amounts of electricity and may employ limited numbers of employees per data center. Another question is, what is the tax rate levied on these data centers? Furthermore, is it being taxed to create a revenue benefit for the corporation and for the citizens of Loudoun County?