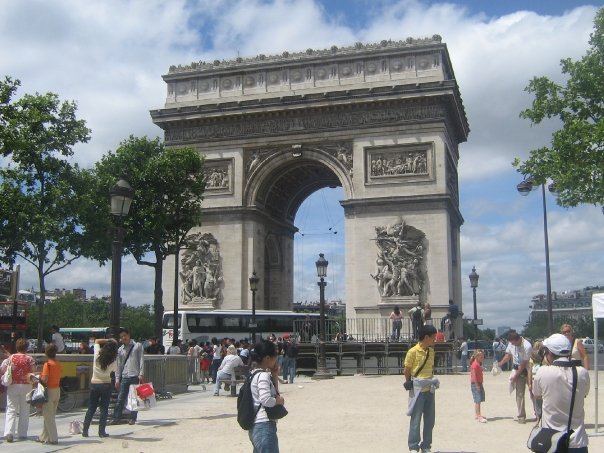 The other day, while I was thinking about what to write for this week’s post, I got to thinking about the rise of reality television. I was pretty young when it started…but it has become a pretty big part of popular culture. One of the more peculiar reality shows I remember was one that was called For Love or Money that aired back in 2003. It was a Bachelor(ette) type show that gave its contestants a chance to choose between the person whose affections they’ve been trying to win and a check that could be worth up to a million dollars.

The first example I can think of is when I was in sixth grade and had to make the daunting choice of what language to start studying: Spanish or French. I remember my mom trying to convince me to take Spanish—telling me it would be easier and more practical in the long run. But, I was adamant that I wanted to take French. I loved the way it sounded, I loved the culture, I loved everything about it. And so, I stuck to my guns and started my studies in French in the fall the next year.

It seems that French is a theme in these moments—the next biggest one I can remember is the time my college decided to deactivate five majors in October of 2010; my freshman year. The five majors: Theatre, Classics, Italian, Russian…and French. I had just declared my major to be, you probably guessed it, French. I had three options: finish my courseload in French before Spring 2012, transfer to another school to study French, or change my major. I chose the first one. I wasn’t giving up the Political Science program and believed I could accelerate my study. (It was hard, but it was absolutely worth it—especially given the huge amount of support from my professors in the department. Shoutout to them!)

Then there’s this job. Federal service. I could be working for any place other than the government. I could be working in the private sector making more than I do now. I could go back to grad school, I could do anything. (I don’t believe in limitations—there are things you can do to get around the things you think are stopping you.) But I chose this.

I chose this amazing job after taking a year of my life and donating it to national service; one of the greatest decisions I’ve ever made. I didn’t make a lot of money and the hours were long, but I wouldn’t trade it for anything in the world.

I choose federal service each and every day over some cushy job in the private sector. For me, the key to happiness is to love what I do. And I truly do.

How To Find Your Priorities (and Stop Working Overtime)