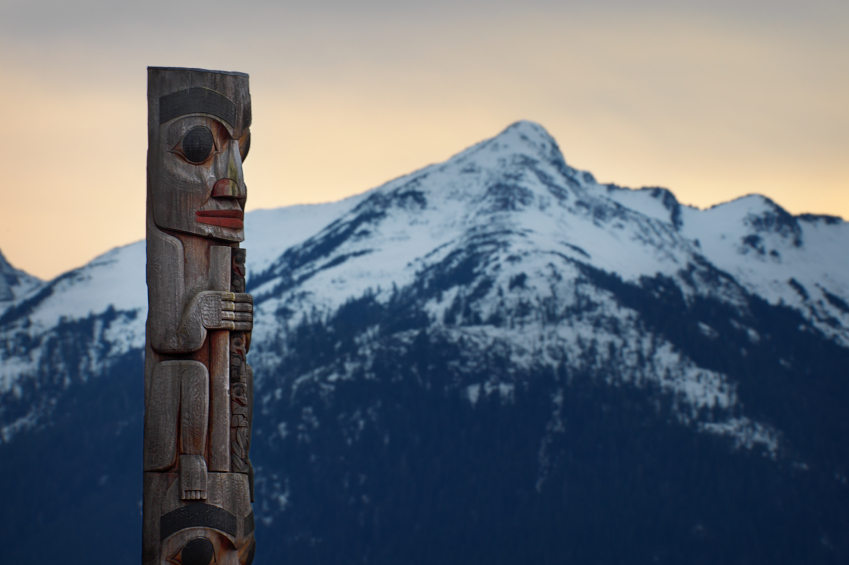 Recently I was listening to a renowned national thought leader give a speech about engagement. The speaker emphasized how engagement scores for USA workers were slightly higher than last year but still much lower than they need to be. Then he made a stunning statement. He indicated disengaged workers must feel low on the totem pole.

My jaw dropped. Why would an alleged engagement expert make such an offensive remark toward American Indians/Alaska Natives-the most disengaged group by race in the federal government?

His use of the phrase “low on the totem pole” denigrated a sacred object to indigenous people in the state of Alaska. Ironically, the speaker inverted the traditional meaning of the totem pole. To Alaska Natives, the carving at the lowest point of the totem pole is actually a good thing because it resides closest to the earth. Obviously, he used the expression to mean low engagement.

Most unfortunately, his characterization of this cultural icon bastardized the sacred nature of totem poles which symbolically represent family and kinship networks of Alaska Natives. Using the term is such an off-handed way does not send a message to American Indians/Alaska Natives that they are valued and able to meet their full potential as human beings or employees.

How do you think Catholics would feel if you said you are on the wrong end of the communion table?

Where does this leave the discussion? There is not much else we can take from American Indians/Alaska Natives. We have lost most of our land, language and culture through genocide, extermination, assimilation and broken treaties. Is there any great harm in taking the totem pole away?

In the meantime, we will hang out on the low end of the totem pole, nearest to Mother Earth that created us and sustains us. It is the only place these days where we can be find value and full engagement.

I wouldn’t take such offense to it, Richard. True, the use of the phrase reflects a superficial understanding, and perhaps blind acceptance of “received wisdom” about indigenous peoples and their rich culture. But I can assure you that there are MOUNTAINS of colloquial expressions that people use daily, in unquestioning fashion, with nary a glimmer of an idea about where the expression came from, whether it is accurate or fair, or even offensive. Heck, when I was a kid, one used the expression “gyp” because it was the accepted verb used to refer to being cheated in a commercial transaction. I had no grasp that it had anything to do with Roma people, or was an aspersion cast on them. To a 9 year-old it was just a word that had entered usage: “Three of the same hockey cards as you got in the last pack you bought? Man, what a gyp!”. Now we would use “ripped off” (though I’ll be darned if I know where THAT expression comes from!). That’s the nature of colloquialisms: they may have ugly roots, but by the time they enter widespread use, everyone but philologists has forgotten those roots.

Non-native references to totems presume that what is at the top must somehow be what is most important, as if a totem were some sort of org-chart. That may be a misunderstanding, fostered by looking at the artifacts of one culture through the lens of another. I’m sure it can be frustrating to those who have more knowledge of what totems are and represent, but it is not offensive.

It’s Chanukah next week, and I know I will spend the rest of my life – just as I have so far – explaining to non-Jews that, no, it is NOT “the Jewish Christmas” (as if Greek and Ukrainian Orthodox have it on one side of Dec.25 and Jews have it on the other). They didn’t grow up with it. I get that. It’s exasperating to have to keep explaining, but I’m not offended by it, and I know it wasn’t intended to be offensive.

If you want to get angry, look up the story of Rinelle Harper.

I don’t agree Mark. I have heard this “just get over it we did not mean to be offensive” defense frequently in the federal government. Intent does not matter. The impact is what is important. The fact of the matter is these daily negative micro-messages pile up on subordinate groups in the federal government and lead to dis-engagement. Lets do this. I will get over “low on the totem pole” as soon as Jewish people get over the Holocaust. By the way, the term “gyp” is offensive to Gypsies, another oppressed ethnic minority.

“By the way, the term “gyp” is offensive to Gypsies, another oppressed ethnic minority.”

I know. That’s why I mentioned it. It also illustrates how an expression that may well have had its roots in unconscienable prejudice can be “bleached” of such meaning over time, and enter popular usage as if it were pulled out of the sky and invented to provide its current meaning.

As an aside, a local junior sports team in my region is catching grief for their name: the Redmen. They assert that the team has traditionally worn red jerseys, and the name simply refers to that, with no additional meaning implied. Fair enough. But then, this morning I heard an Aboriginal commentor interviewed, and he noted that if the team traditionally wore black jerseys, would they feel as comfortable calling themselves the Blackmen? I’ll push that envelope even further. If they wore white jerseys, could they call themselves the Whitemen, or would that be unthinkable?

There are aspects to this that remind me too much of Woody Allen’s anti-semitism paranoia at the beginning of the film Annie Hall, where he makes a big deal of the way someone asked “Did you?”, and how it sounded like the person kept saying “Jew”. At the same time, I think the fellow interviewed makes a fair point that the degree of ease we have in saying “Redmen”, compared to “Blackmen” or “Whitemen”, is telling. Sometimes, the extent to which we do NOT question usage has more import than we think it does.

BTW, I used to teach in a community (Cowichan Valley, BC) that produced some of the finest and most acclaimed totem carvers on the planet, and is also home to the world’s widest totem.

As a member of the Maryland Commission on Indian Affairs, I led an effort to change 13 out of 24 American Indian mascot laden schools in the state of Maryland. I have heard every argument under the sun for not changing these offensive symbols. What is missing from the dialogue is who has the power and privilege in this discussion? Most of the time it is someone from a subordinate group asking someone from a dominant group for something the dominant group does not understand or more importantly will not understand. It is an unequal playing field from the get go. Until we have a courageous conversation about sharing power and privilege, those of us at the margins of these discussions will always be perceived as the irrational ones.

Soft Skills Learned Outside of the Office