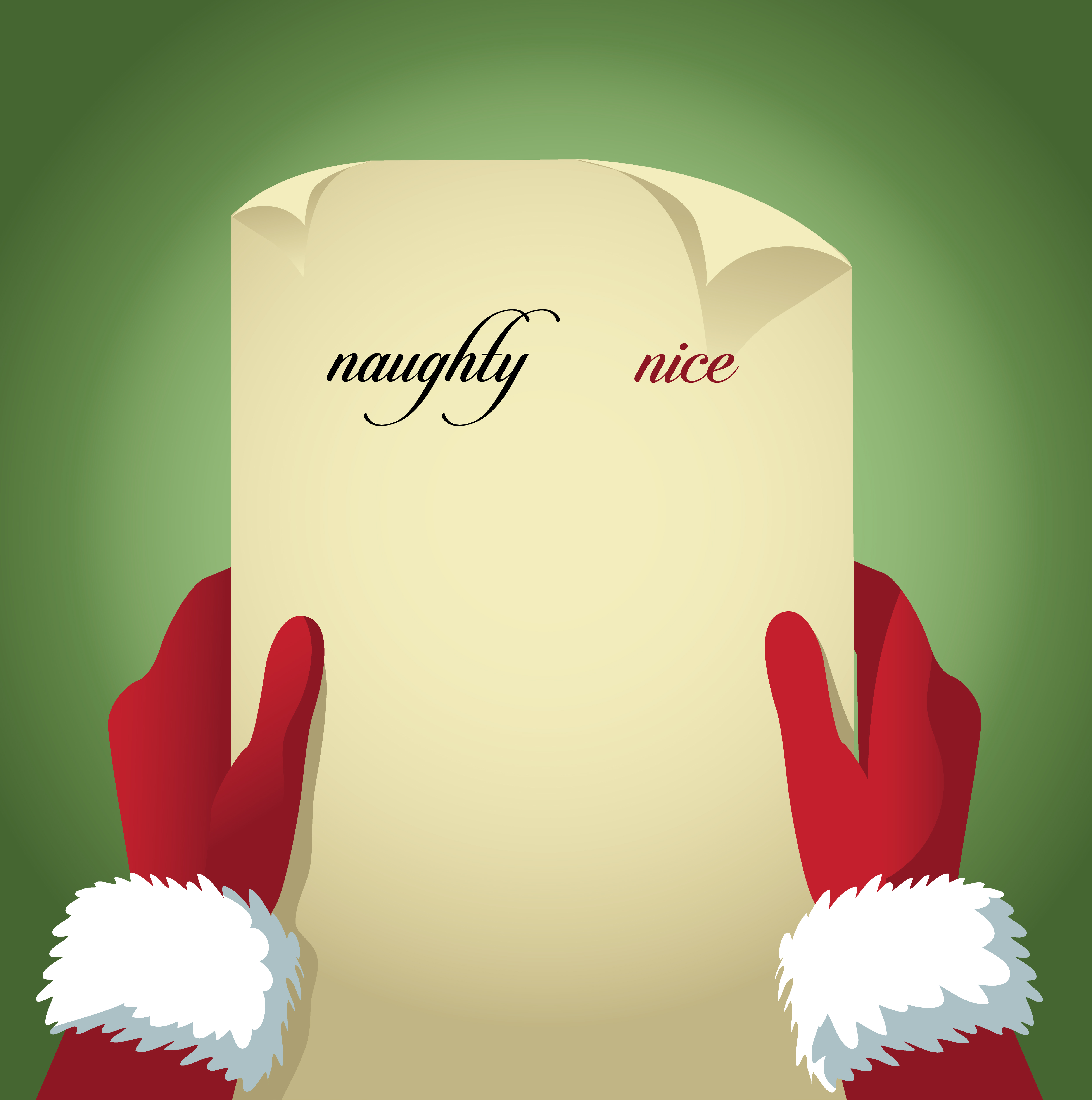 We’ve made a list and checked it twice. Are you ready to find out which U.S. government agencies belong on Santa’s naughty and nice lists for 2015?

Grab a glass of eggnog and get ready to toast government’s highs and lows.

Earlier this year, hackers nabbed the records of an estimated 22 million people from the Office of Personnel Management (OPM). All sorts of personal and personnel information is now in the hands of hackers — and whoever will pay hackers for the data. Current federal employees, federal retirees, former federal employees, military service members, veterans, and their relatives had varying types of data stolen. Up for sale somewhere on the dark web are social security numbers, psychological profiling, fingerprints, and lots of other highly sensitive details that surface during government hiring and security clearance checks.

There’s no silver lining to this story. Hackers picked through OPM’s data for more than a year before OPM even noticed. OPM didn’t (and probably still doesn’t) know the extent of the data it should have been protecting. Months later, the agency is still sending out letters to those affected.

Recently it came to light that a DoD task force spent $43 million to build the world’s most expensive gas station. It’s a boondoggle so extreme that the Special Inspector for Afghanistan Reconstruction (SIGAR) General John F. Sopko’s report calls it “ill-conceived,” “exorbitant,” and “shocking.”

After it spent 140 times more than it should have on a gas station, the DoD closed the task force in March 2015, jettisoning anyone who could be held accountable or explain what happened. Considering the massive expenditure, the DoD seems oddly evasive about providing information.

The 2015 State Integrity Investigation by the Center for Public Integrity, a nonpartisan investigative news nonprofit, grades U.S. states by their commitment to and implementation of transparency, accountability, and anti-corruption laws and systems.

To be fair, it was rough ruling, with only three states scoring higher than a D+: Connecticut, Alaska, and California. With a failing grade of F, the government of Michigan is deemed worst of the worst, called “an honor system with no honor.”

If you’re looking for government successes to celebrate as the year draws to a close, look no further than the 2015 Service to America Medals winners. The “Sammies” honor federal employees whose work makes our country better, healthier, and stronger.

In true democratic fashion, the Sammies include a People’s Choice Award winner. This year, the people chose researchers at The Cancer Genome Atlas, a joint project of the National Cancer Institute (NCI) and the National Human Genome Research Institute (NHGRI). Jean Claude Zenklusen and Carolyn Hutter were recognized for their groundbreaking work that “mapped thousands of gene sequences for more than thirty types of cancer, advancing precision medicine in the diagnosis, treatment and prevention of these deadly diseases.”

It’s progress that profoundly demonstrates the effectiveness of government-backed research and also provides a ray of hope for people affected by cancer.

Government websites have an ugly reputation—and often even uglier design. Earlier this year, 18F and USDS released the U.S. Web Design Standards, a set of standardized, beautiful, and user-optimized web components that can reinvigorate government websites. More than mere eye candy, the project provides typography, colors, and design elements that are accessible, flexible, and easy to implement.

In the 18F announcement, the standards were described as a “resource designed to make things easier for government designers and developers, while raising the bar on what the American people can expect from their digital experiences.” These standards are a gift both to people working for government and to the people they serve.

The U.S. government has been criticized lately for inadequately supporting its veterans. But, positive change seems to be in the works.

One step forward in 2015 came from Virginia, which became the first state to functionally end all homelessness among military veterans. This means that every veteran in Virginia is in permanent housing, unless they declined it. The criteria is set out by the U.S. Department of Veterans Affairs’ End Veteran Homelessness initiative, which aims to make sure veterans are able to obtain permanent housing and that veterans at risk of homelessness remain housed.

Virginia Governor Terry McAuliffe’s press release praises many federal and state agencies for their role in this milestone in supporting veterans and homeless people. Three cheers for all agencies involved.