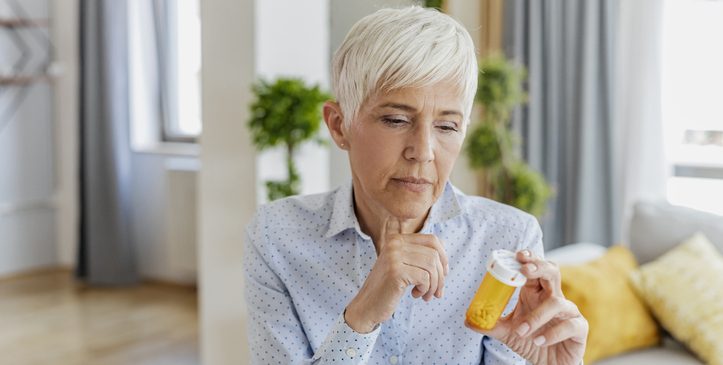 How the federal government plans to address the opioid epidemic matters to practitioners and treatment providers. The federal approach also matters to state and local government leaders who are important drivers of solutions to this public health crisis. Christie Frick, former director of the South Carolina Prescription Monitoring Program (PMP) and member of the NAMSDL PMP Resource Group, the National Association of Boards of Pharmacy PMP Interconnect Steering Committee, and the National Association of State Controlled Substance Authorities’ Executive Committee, shares her thoughts with the GovLoop community, below.

As a pharmacist with a background in prescription drug monitoring, what was your reaction to President Biden’s discussion of the opioid epidemic in his State of the Union address?

As a pharmacist who spent many years in the controlled substance arena, I was particularly interested in his comments on this issue. President Biden did not disappoint when he acknowledged that the opioid epidemic is still a very real and present danger to American lives. In fact, as a top priority in his unity agenda for our nation, beating the opioid epidemic should get the attention that it needs to bring change in our great nation.

President Biden stated that he plans to increase funding in four main areas to strengthen the fight against the opioid crisis in the U.S.: prevention, treatment, harm reduction and recovery. What does prevention look like for such a widespread epidemic?

As the most recent data coming out of the CDC confirms, we have hit record highs of drug overdose deaths in the past year. Many factors have contributed to this tragedy; therefore, the issue must be addressed from every possible angle to prevent more senseless deaths due to overdose. You’ve certainly heard “an ounce of prevention is worth a pound of cure,” and that holds true for this epidemic. Preventing patients from succumbing to a substance abuse/misuse disorder is necessary to reverse this trend. Education and awareness campaigns must be utilized both for healthcare prescribers who have the power to prescribe potentially addictive medications and for the public to recognize the risks associated with such medications as well as illicit substances.

President Biden also discussed his desire to eliminate rules that limit the ability of practitioners to prescribe medications for the treatment of opioid use disorder. How will lifting these rules enable practitioners to better treat patients?

Currently, practitioners only can prescribe certain medications to treat this illness after they have had specific training. Additionally, they are limited in the number of patients they can treat at one time. These limits create obstacles in areas where patients in need outnumber treatment providers. Once a patient decides to seek treatment, we need to ensure that they have access immediately. Sometimes a delay can translate into additional time for “one last high” or the need for drugs to stave off withdrawal, which can turn deadly. Sadly, I’ve heard many stories of individuals overdosing while waiting to be admitted into a treatment program.

In what ways can state and local leaders support our nation’s fight against the opioid epidemic?

As difficult as overcoming the opioid epidemic might seem, it is not impossible. In terms of taking action at the state level, establishing a prescription drug monitoring program (PDMP) is key. PDMPs can serve many functions, providing education and prevention tools for clinicians, enhancing patient care, and assisting local law enforcement with diversion initiatives, which ultimately fosters a strategic, comprehensive statewide response to this issue. Addressing opioid abuse in U.S. communities also requires meaningful data collection and effective collaboration between state and local governments. With our state and local leaders implementing tools like these and collaborating across traditional jurisdictional boundaries as they work toward beating the opioid epidemic, addressing mental health issues, and supporting our veterans, we all can be encouraged that Americans can get the help they need to have a brighter future.

*Frick has more than 10 years experience in retail pharmacy, and in 1999, she joined the South Carolina Department of Health and Environmental Control’s Bureau of Drug Control. Fourteen years later, Frick became the director of the South Carolina Prescription Monitoring Program, serving as a member of the NAMSDL PMP Resource Group, on the National Association of Boards of Pharmacy PMP Interconnect Steering Committee, and on the National Association of State Controlled Substance Authorities’ Executive Committee. In May 2021, Frick joined NIC, now part of Tyler Technologies, Inc., as director of prescription monitoring product strategy.

Meredith Trimble is a former municipal official and Town Council Acting Chair, who focused on strategic planning, annual budgeting and bonded infrastructure projects. Her government experience also includes posts in both federal and state-level executive branch agencies; Associate Editor of the Federal Election Commission’s FEC Record; and Director of Education for the CT Office of State Ethics. In her current role as a Content Manager, Editorial with Tyler Technologies, Inc., she writes content to help empower those who serve the public. Her current focus is to help facilitate data-enabled organizations and create connections between governments and those they serve.

You Want to Innovate: How Do You Convince Your Manager?