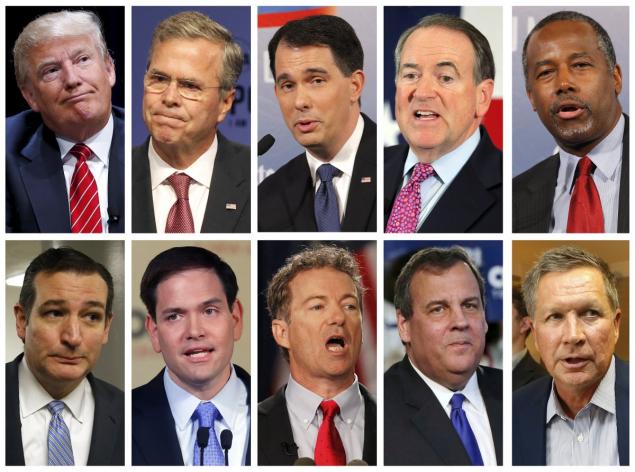 It’s hard to recall a presidential debate this early in the process generating so much excitement. Yes, it’s the middle of the summer when most Americans are generally not paying a lot of attention to politics and the Iowa caucus is months away, but it seems citizens of all persuasions – Republican, Democrat and independents – are at least a little curious, if not downright intrigued, by what will take place on stage tonight.

This is not a political blog, so you won’t see any opinions on the candidates from me, but I was interested to see a proposal put forth by one of the candidates recently. As outlined in Government Executive, Jeb Bush put forth three proposals recently that would have a significant change on federal civil service. Whether or not Bush becomes the next president, and whether or not a Republican or Democrat is the next president, we are hearing more and more of at least some aspects of what he is proposing from numerous agencies.

Virtually across the board, federal agencies are taking a hard look at performance management and recognizing that change is needed. Almost unbelievably, too many agencies are stuck with a pen-to-paper process, with limited or no automation and no analytical data for decision making, accountability and insight. With large workforces spanning hundreds to thousands to tens of thousands of employees, depending on the agency, these outdated manual processes are mostly unworkable.

Bush states that “the whole idea of management is to reward good performance and make the best the standard.” Whether or not you agree with Bush’s statement about “the whole idea of management,” certainly most would probably agree that good managers do want to reward good performance. They also want to help develop employees, keep them from leaving and help them develop to improve themselves and perhaps become leaders themselves, among other things. With the current federal performance systems, accomplishing these goals ranges from difficult to impossible.

These are the types of issues that federal Chief Human Capital Officers (CHCOs) and other HR leaders are thinking about as they look to improve their agencies’ overall performance to help them achieve agency missions. With federal employee morale continuing to score low, lack of solid employee engagement and leadership development hard to achieve, the CHCOs recognize that performance management – or lack of performance management — is the root of many of the problems.

And while huge improvements can be realized, there is also low-hanging fruit, such as automation of key processes, that can help their agencies take a significant step forward in the performance management of their agencies.

Who knows what will happen tonight? With Donald Trump at the center of the stage, it’s bound to be entertaining, regardless of which side of the political fence you fall on. I’m not sure that Jeb Bush will talk about his plans for civil service reform during the debate.

But as I talk to HR leaders around Washington, there is one thing I am certain of — big change is coming to federal performance management.