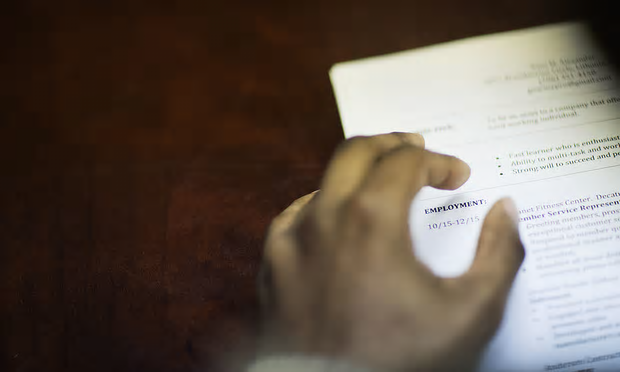 Hiring for cultural fit just hit a new high — or maybe a new low — when a University of Toronto study was released that indicated that 40% of people of color job candidates “whiten” their resumes by using more English sounding names and removing language that identifies them with their subordinate racial group.

Here is how you whiten a resume:

• Marcus B. Smith becomes M. Brian Smith.
• Lei Shang becomes Lucas Shang.
• Affiliation with the Hispanic Student Council becomes chairperson of the “Toys for Tots” drive.
• Association with the Korean Justice Committee is replaced with interests like biking, swimming and mountain climbing.
• President of the American Indian Student Movement is swapped with membership in a minority economic group.

We have known that structural bias in the job search process has been going on for a long time. A 2004 University of Chicago study showed that people with white-sounding names get more return calls for job applications than people with black sounding names. What is surprising is that over a decade later, this embedded racism is still going strong.

Sonia Kang, an assistant professor of organizational behavior and human resources management at the Rotman School of Management and the lead author of the study, claims the research cracks open the illusion of inclusion. She indicated many of these organizations that the respondents applied to had glowing diversity mission statements and inclusion organizational principles on their websites and front doors. Yet, these same groups made it difficult for people of color candidates to get through the first level screening of the application process.

When participants in the study were asked why they whitened their resumes, they indicated they wanted to fit into the white culture as well as appear more race-neutral in their backgrounds. In other words, they covered. They had to be blend in to get in.

Listen to some of these painful stories:

• I deleted some black organizations from my resume in order to tone down my blackness.
• Career Services told me not to use my Asian name on my resume because it was too Chinese sounding.

Once again people of color in order to make it in a white world have to fight discrimination by thinking that discrimination does not exist. No wonder we are disengaged.