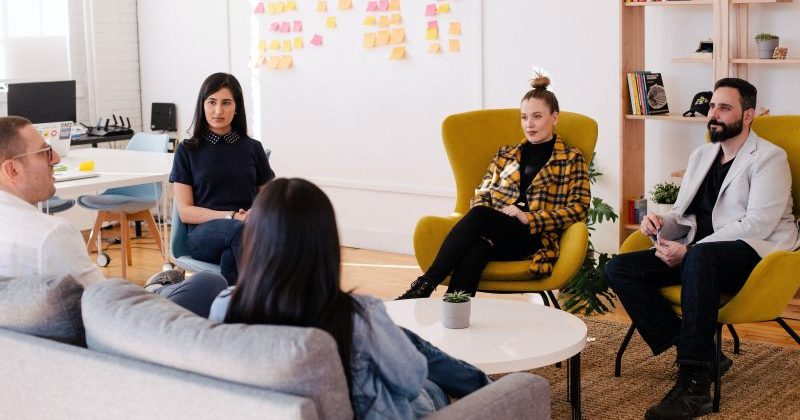 To create stories with fascinating characters on compelling quests, writers must be fluent in the psychology of those characters. Each persona must be shaped to be identifiable and independent, wired to overcome obstacles so that the quest (the story problem) can be resolved. Unique characters are what move any story forward — a fact in direct opposition to groupthink.

Because work is nothing more than a group of people on a collective quest, the same dynamic holds true if any team is to achieve the best outcome. So, it stands to reason that for stellar results we’d embrace all perspectives to get at the core truth and best solution for the problem we’re tackling. But sometimes we fall into the trap of groupthink instead.

Groupthink is defined as the practice of thinking or making decisions as a group in a way that discourages creativity or individual responsibility. It spawns a pressure-filled atmosphere where adherence to one way of thinking is encouraged, even demanded. And because people crave belonging, they self-censor or pretend to hold the same opinions to avoid being judged.

Can groupthink ever get us to the best project result? Unfortunately, no. It may seem as if a harmonious group has more cooperation and belonging, less stress and faster conclusions. But it’s an illusion. Underneath the unchallenged and the pressure to conform lives resentment, anxiety and disconnectedness.

When groupthink is in play, mediocre decisions and sub-par solutions follow because the whole story is either not understood or remains untold. To give someone else what they want to hear, contrary facts and important information can be overlooked. And contradictory opinions — missing perspectives that would add dimension for the best outcome — can be dismissed or not voiced at all.

If you are a leader (or hope to be one day), how can you value independent thought and overcome groupthink so that you consistently win? By first understanding how a writer thinks, and then by adopting the leadership mindset of their most successful characters:

Great writers aim to be profound and provoke thought. To do so, they must deep-dive to get at the truth of something rather than swimming in superficial waters.

To avoid groupthink, be as profound as a writer by developing a philosophical perspective built upon your curiosity, objectivity and independent thinking. Make sure you have clarity around your own beliefs and preconceived notions. Remain open to possibility and new plot twists, and hold your opinions close so that you don’t influence or stifle the group — they may know something you don’t that will help to deliver the best outcome.

Your goals: Always seek substance over just scratching the surface, and always avoid the lure of what everyone else is saying or doing. Being a substantive well-rounded leader will help you to overcome groupthink and produce better results.

Because there is always more to the story, you can avoid groupthink by remembering that life is rarely 100% right or 100% wrong, all-or-nothing. But because it’s simpler to think in an either-or way — if you’re this, then you must be that — we can slip into groupthink at the outset of a project and never factor in the nuances that tell the whole story.

What you need is an approach that combines creative and critical thinking. The secret sauce to avoiding groupthink is to think creatively for the full spectrum of possibilities before you think critically and decide. When you’re asking “What if?” and riffing on possibilities — and encouraging others to do the same — groupthink releases its hold.

So make wild ideas a mandate and challenge everyone to express the inverse of any belief, poke holes and debate. Always understand the problem that you are solving first, come up with a multitude of new ideas second, and then as your third step, turn on your critical thinking, narrow down to two choices, and decide between.

And when you do, continue to think like a writer and consider if there is an alternative answer — a sub-plot in a way — between the two. Writers drift toward the more complex middle ground — what could be a little of two choices or even neither choice — to make a story more interesting. And it is in this middle where groupthink extremes are less likely.

Adopting these two writer’s traits will establish you as a solid leader who prevents disastrous decisions by valuing diversity of perspective and rejecting conformity.

Now, let’s translate the mindset of successful characters to your leadership story at work. The following set of beliefs will ensure that your team fully side steps groupthink and steps into success:

Deborah Burns’ story has always been about invention and reinvention. She’s lived those two keywords throughout her career as a women’s media chief innovation officer (CIO), a leader of brands like ELLE Décor and Metropolitan Home, an industry consultant and throughout a creative pivot that led to the award-winning memoir, “Saturday’s Child.”

The experience of becoming an author illuminated the path to her second book, “Authorize It! Think Like a Writer to Win at Work & Life.” Now, Deborah combines her business and creative expertise in professional development workshops that improve outcomes and help everyone invent, reinvent and live up to their career potential.

You can connect with Deborah on LinkedIn or at her website. You can also read all of Deborah’s previous Featured Contributor blogs here. 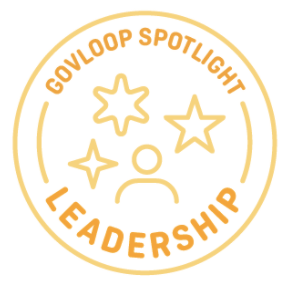 This is so insightful, Deborah! “And because people crave belonging, they self-censor or pretend to hold the same opinions to avoid being judged.” This is so true. I really like all the examples you shared. Brainwriting is a great alternative that I want to do more of, especially in this virtual work environment.

How to Identify Extraordinary Leadership