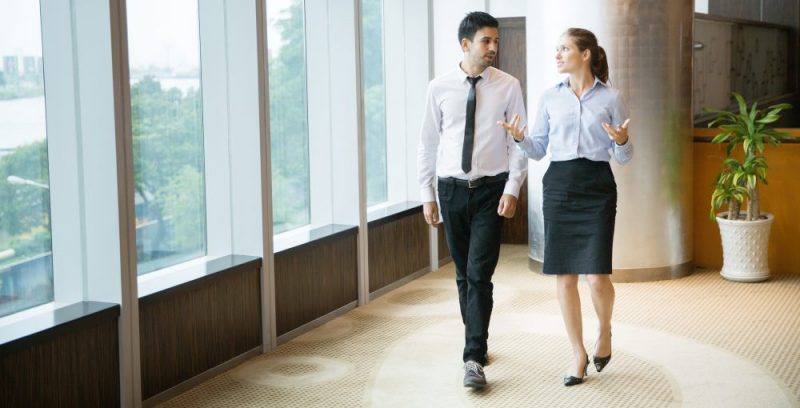 Does expertise matter anymore? Donald Trump became the 45th President of the United States without any experience in public service. He beat a democratic opponent who served most of her adult life as a public servant. He was a charismatic political candidate who led by emotion with a disdain toward the minutia of policy debate. Every major polling organization in the country had Hillary Clinton outlasting President Trump in the presidential race. He proved them all wrong.

The death of expertise is just not a U.S. phenomenon. This wave of populism hit Great Britain with their voting to leave the European Union. The result defied national observers, flew directly in the face of conventional wisdom and sent shock waves throughout the world economy.

This notion that experience, expertise, education and competence does not matter anymore is showing up in the federal sector. According to the Pew Research Center, trust that the federal government experts will do the right thing is at an all-time low.

Pew also reports that deep gaps exist between how republicans and democrats view some of our most vital institutions. Republicans rank banks and religious institutions as the important organizations of our society while democrats grade labor unions, national media and colleges and universities as having the most positive impact on our country. Notice neither party listed the federal government as a major player in what is constructive for our nation.

Most significant to this ‘don’t trust the experts’ mentality that faces the federal government and its customers, is the national opinion pinpointed by Pew that identified speaking English, being a Christian, sharing American values and having been born in the U.S. as the most important values to being a good American. Since the federal government is tasked with defending some of the opposite views of the above philosophies like same sex marriage, equal employment opportunity, multi-cultural education and fair immigration policies, it is easy to see how feds have entered into a no-win situation when it comes to enforcing our nation’s 21st century norms and dealing with those who long for the 1950’s again.

The group Ideas for Leaders (IFL) has some views on this notion of the death of the expert. They work with business schools across the United Kingdom, United States and Japan to identify academic research and translate this information into actionable strategies that leaders can implement for their organizations.

They have identified two major areas where reliance has broken down between our government institutions and the people they serve:

Trust Gap
IFL cites the 2017 Edelman Trust Barometer that suggests the trust gap between grassroots citizens and federal authority figures has widened significantly. They claim that a healthy skepticism has always existed between taxpayers and the federal government. However, that incredulity has grown into outright hostility often times fueled by social media, partisanship and politics of personal destruction as witnessed by a recent shooting of a U.S. Congressman in Alexandria, VA.

Adding fuel to this fire is the likelihood that many citizens tend to believe online media sources over mainstream media outlets, which has led to the recent trend of fake news. This reinforces in-group bias as taxpayers gravitate toward news sources that support their views of the world regardless of whether the assessment of those events is actually true.

The Disconnected Expert
IFL claims the federal government makes the frequent mistake of taking a macro-view of data that impacts their customers while ignoring a boots on the ground view of the same information.

In the same vein, taxpayers tend to make decisions based on their own experience bias that is regulated by their backyard, local think view of world.

What does the future hold for this post truth impression of national events? Is there still a role for so-called federal experts? Will the lack of critical reasoning by our customers continue to widen the trust gap?

I don’t begin to know the answer to the above question as I respond with a question of my own. If we cannot rely on experts, who do we turn to for the certainty and relatedness we all need to navigate a volatile, uncertain, ambiguous and constantly changing world.

Really great points and astute commentary Richard! I tend to agree with you and wonder what the future will hold…

Experience is something that is “learned” and adaptability as defined below is a personality traits. For some people it’s easier to adapt than for others, however, everyone has the ability to learn. I had no experience when I joined the military, but I was able to adapt, and learn through my experiences what I needed to survive. Not everyone was able to adapt; some quit, some got kicked out, and some committed suicide.
Personality Traits
Your ability to adapt is often tied to core personality traits. Some people naturally work well with change and can easily adjust on the fly. Others, through nurturing or developed preference, prefer predictable work that remains constant over time. Adaptable workers usually demonstrate an open mind, listen to alternative ideas and approaches to tasks, come up with creative or innovate ways to solve problems and can adjust behaviors and actions to meet current day or task demands.
Taken from “Work Life – The Definition of Adaptability in the Workplace by Neil Kokemuller

I would rather have some experience or work with someone with experience whichw ill make it easier to adapt. Just my thoughts.

Would you trust someone who claims to be a doctor but who has never been to medical school to perform surgery on you or even prescribe you medicine? There is absolutely great value in expertise. Possessing knowledge of processes is critical for affecting positive and sustainable systemic change. If you don’t know how services (or blood, or oxygen) are delivered now, how can you expect to do a more efficient and effective job of it?

Adapatability is a separate and complimentary skill set. “Knowing things” does not mean someone is stale, stuck and incapable of understanding different perspectives. A wide base of knowledge provides for the best solutions to problems (and this often involves teams of SMEs).

Not every expert will agree with each other, but I want a top-trained professional to help me survive my health crisis. Why is government different?

During the Vietnam Era college graduate’s worldly view was very similar–they didn’t trust anyone over age 30. It was their mantra. We reap what we sow, and many of the same generation are now being judged by the Millennial generation, our kids and grandkids. They are asking “Why?”–why should things remain the same? Having this opinion, though, is not my way of saying I agree with them, that this is a good thing. I am just pointing out that we are in a more tenuous situation now that the world over has nuclear weapons. I hope and I pray that we can live through this administration, which seems hell-bent on destroying democracy in favor of making the US white again; not better, no, not better…

I think the article captures a lot of the opinions and feelings of the citizen taxpayer, who believe they are getting screwed by the liberal media and the democratic parties swing to progress thinking. The taxpayer are paying for this social experiment which is not working at any level. A return to morality, ethics, standards is very important at this time. The government has lost it’s way in this case!

Whose set of morality, standards and ethics, and as applied to whom? And is your definition of these universally applicable any more than those who have a different view? Do you support a pull to the 1950’s or the 21st century? Who benefits and who hurts and by how much in either case? This is what the article is pointing out.
Generalizations are not helpful in this climate – they are like gasoline that burns hot and high without substance. Please be specific in your criticism: Who do you want to hold accountable for what behavior, and what outcome do you want to see?

Donald Trump like George Washington, Ike, and other presidents was not a Politian first. Yet he was elected and people stand behind him. National debt is going down, employment is up, jobs are coming back to the U.S.A. and gangs are being cleaned up.
Sad the Pew shows the federal government is not that important. Libertarians who favor small government would also leave the fed out.
The belief that “Anybody can grow up to be President, Senator or work in Government” is to have faith in the people elected. That is scary.

A Security Company With a Cloud or a Cloud with Security? That is the Question

The Country Taking CSI to The Next Level