A while back, I received a call from a colleague who I consider to be an embodiment of the American Dream. He came from Africa to the U.S. as a young adult. He joined the Marine Corps, served honorably for several years and completed tours in the Middle East. During this time, he became a citizen and separated from the service. Today, he is a classic connector. So when I see his number on the caller id, I know it is going to be an interesting discussion. What follows are some points from that call. (YouTube video provides narrative background) 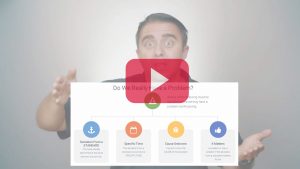 “Good evening sir, I have a problem that I think you can help me with, is now a good time?”

I always have a few minutes for calls like this, but asked, “before we go into details, what makes you think you have a problem?”

My colleague went on describing the situation of a successful government consultant and entrepreneur who had spent his career helping multinational corporations implement systems to become more efficient and effective. I won’t get into details here, but suffice to say that this businessman is the de facto “go-to person” for organizations that have this specific need.

At this point in his life, the consultant’s focus was shifting from providing these services himself to training others to do the same work in areas of the world that need it most.

I may be able to help you, but first, let’s see what kind of problem you have because the tools we’ll use to address it will vary accordingly.

“Imagine you are back training Marines. For the past several months, your cadre scored within acceptable limits at the rifle range. In fact, since the cadre was formed, the scores for rifle have all been within or above the standard. This week, the majority of your cadre failed the standard. That is a problem.”

For example: You have a baseline standard (the rifle qualification), and you have been performing at that standard. At a specific point in time, there is a deviation from that standard and you don’t know what the cause is for the deviation. In the case of Marines and rifle qualifications, you care about this deviation. With this perspective, my colleague understood the value of precision in defining his objectives.

“So… We don’t have a problem, we need a new capability.”

Furthermore, contrast the true problem (graphical depiction in the image below) with the following scenario: A different group of Marines has never been able to meet a specific standard. We don’t know why as of yet, all we know is that they have never been able to qualify at the rifle range. In this instance, we don’t want to solve a problem; we want to train for a new capability. 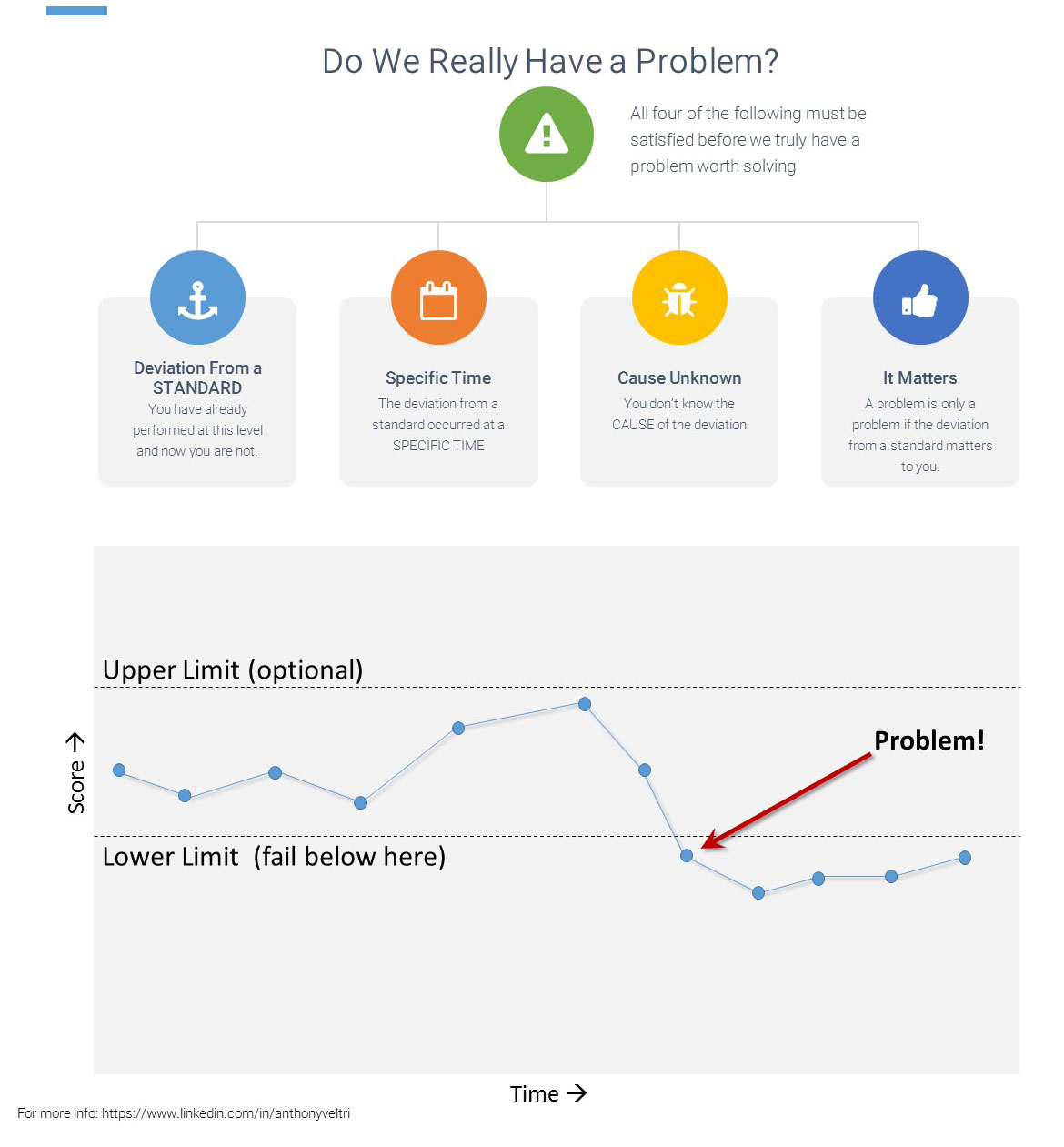 The phone was silent after we recounted these two examples. Together, we pondered the following question, “so, are you offering your learners a permission, or are you selling a transformation?”
I went on to explain that certifications come in two flavors:

Type one: Someone may have cooked delicious meals for years, but until they receive the appropriate certification in the safe handling of food, in many municipalities they will not be able to prepare food in a professional capacity. Same thing with a hairdresser. A stylist may have cut friends’ hair informally for years, but certification gives them permission to do it professionally.

While some transformation may take place, this type of certification serves mainly as a permission. Once you earn it, it stands on its own. To word it differently, will the skills of a hairstylist change or improve materially after obtaining licensing or certification?

A transformation certification does not stand on its own. It requires a true progression from A to B, without which it has no value. We both realized that transformation was what they were selling.

The biggest challenge that most entrepreneurs face at this stage is that they sell to the curriculum of their certification. No one buys a transformational certification for the curriculum. They invest their time and money because they truly want to bridge that gap from A to B. The reason they want to do this falls into one of two categories.

Learners will pursue certification to bridge that gap (the transformation), so they can either avoid a pain/alleviate a fear, OR to seek a goal /pursue an aspiration.

The most important part of developing a transformational certification begins with the customer. Survey your clients and customers and note the words they use to describe their fears or aspirations in relation to your offering. Then, map your curriculum to those points. Each module of your certification should produce a tangible transformation that moves your client away from a pain point or toward an aspiration.

We ended the call with the following:

In today’s day and age, information is the commodity, it is ubiquitous. What people are hungry for is examples of others implementing information to overcome the same challenges they face. People will seek out your certification and your example if you stand up and say “follow me.”

When my colleague was serving as a Marine, he went through his initial training, and from there he went on to additional training schools. It wasn’t until he got his orders and was deployed that he got to put that training to use. Many people today are bogged down with information. They are in perpetual training. If your certification can help them to deploy and implement rather than inform, then the battle is already won.

So… What certification program would you create if you had the time and the resources?