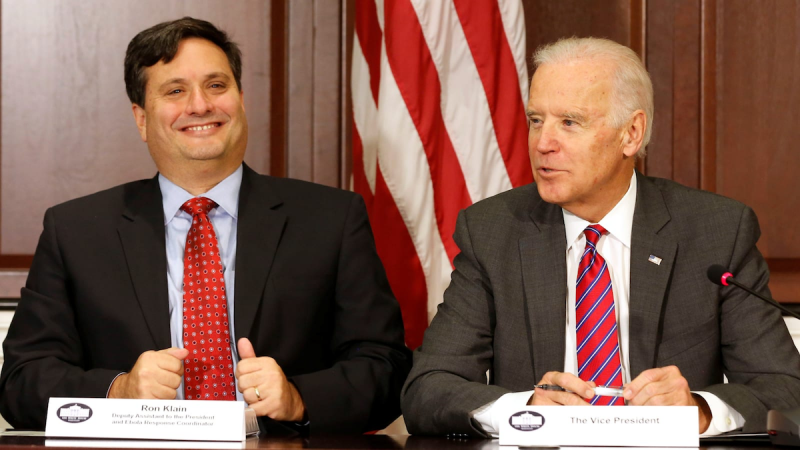 Within the world of recruiting, a well-known axiom is that the best predictor of future performance is past performance.

With the appointment of Ron Klain as chief of staff, President-elect Joe Biden chose a skilled and seasoned professional with an impressive record of making government work. As he helps his “new” boss, Klain not only benefits from his close ties and long record of service as chief of staff when the president-elect was vice president – but his impressive resume also includes clerking for Associate Supreme Court Justice Byron White, serving as chief counsel of the Senate Judiciary Committee and, of immediate relevance, helping lead an all-of-government response to the 2014 Ebola outbreak. The choice reveals what qualities the new team will be looking for as it selects those who will lead the incoming administration.

In evaluating the chief of staff, the president-elect’s second most important personnel choice (the first being his running mate and now Vice President-elect Kamala Harris), one can draw insight from David Whipple’s “The Gatekeepers: How the White House Chiefs of Staff Define Every Presidency (2017).” This is a study of the chief of staff’s office and its occupants since its inception by President Eisenhower after World War II.

Whipple’s book has a simple storyline: You can tell a lot about the success of an administration by looking at the selection and performance of the chief of staff – arguably the second most powerful man (and they have all been men) in the country.

In “The Gatekeepers,” Whipple was able to interview all 20 living chiefs of staff. The result is a rich, deep account from people “in the room where it happened.” The book opens with a description of a meeting in the early days of the Obama administration when 17 former chiefs of staff came to offer advice to the newly installed chief of staff Rahm Emmanuel. This bipartisan ritual spotlights the belief in the importance of signaling the continuity of government and creating a unique space for this elite group, drawn from both political parties, to offer important advice to the newest member of the fraternity.

Devoting a chapter to each administration (Nixon through Trump), Whipple credits Nixon’s chief of staff, H.R. Haldeman, with running an effective operation, but of course, with a fatal flaw – allowing the ability of the stronger personalities surrounding Nixon to end-run the system and feed the president’s suspicions and insecurities, ultimately leading to his undoing. James A. Baker receives high marks for his stewardship of the Reagan White House, surrounding himself with strong, highly skilled and disciplined “pragmatists” who steered a course that included significant policy victories for the Republicans during the first term.

Klain’s immediate challenge will be taming the COVID-19 pandemic, where his experience with combatting Ebola and his deep knowledge and network across government will serve him well in bringing vision, discipline and accountability to the response.

Whipple describes the various roles of the chief of staff as gatekeeper: manager of the president’s time, setter of policy priorities, honest broker, negotiator with Congress and manager of the White House staff.  These men describe how at different times they have caught an array of projectiles – javelins, knives, bullets – for their respective principals. The average tenure in the job is 18 months, although Andrew Card (George W. Bush) and Denis McDonough (Obama) served an entire four-year term.

In this unique fraternity, the sheer range of personality types is impressive. From the hard-charging, partisan and sharp-tongued Rahm Emmanuel to the buttoned-down straight-talking Texan Jim Baker, chiefs of staff have ranged widely to suit the president’s needs at the time. Some preferred former politicians, like Ford’s pick of the former Illinois congressman Donald Rumsfeld, or George H. W. Bush’s pick, John Sununu. Others turned to policy types with strong organizational skills like Carter’s Jack Watson or Clinton’s Erskine Bowles and John Podesta. Those who paid more attention to being “chief” soon got their walking papers. This famously included Sununu whose taste for government-supplied jets and limos led to his dismissal (the task falling to Bush 41’s son, George W. Bush, to break the news) with Sununu famously hanging on for several days after having been shown the door.

The former chiefs’ advice to presidents is universal: Your most trusted advisor needs to be able to speak truth to power, bring you bad news that no one else will deliver and tell you when to say no. Those who have done this and managed to keep the president’s confidence have served their principal – and the country – quite well.

In selecting Klain as his chief of staff, President-elect Biden has signaled that he values broad experience across all government branches, competence measured by the ability to get big tasks done and loyalty to the team over individual agenda or ego. As the Biden-Harris cabinet selections are rolled out in the coming weeks, watch out for these qualities – along with a strong commitment to drawing on diversity and representation in building a government to lead a nation of 331 million people.

Neil Levine retired from federal service in 2017 after 30 years. He taught Strategic Leadership at the National Defense University’s Eisenhower School for National Security and Resource Policy. Neil is a certified professional coach with over 20 years of experience in advising individuals and groups on setting the conditions for success. Neil has a M.S. in National Security Strategy from the National War College (2008), a Masters in International Affairs from Columbia University (1986) and a B.A. from Earlham College (1983). In 2017, he received his Executive Coaching certification from the College of Executive Coaching.

Image by Larry Downing for Reuters