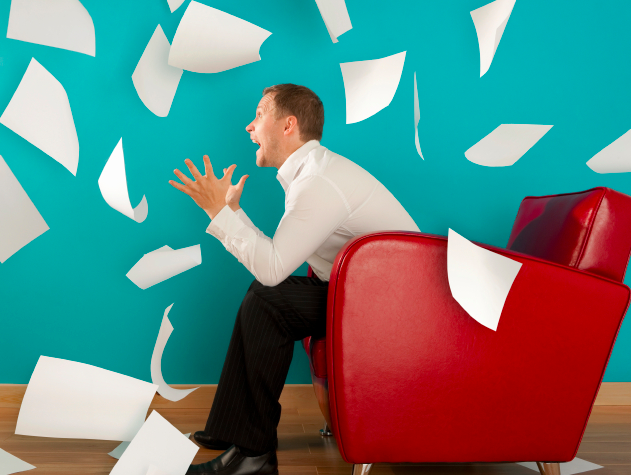 You know you’ll be great in the interview – you’re likable, you’re well-spoken and you’ve definitely got the skills the job requires. There’s a pretty big hurdle to jump before you get a face-to-face meeting, though: the resume and cover letter. And when you hear stories about hiring managers receiving hundreds of applications for one open position, that can sound like a pretty big obstacle indeed.

How do you convince someone to give you a shot based on two short documents? By crafting a killer story in your cover letter.

I’m not talking about regaling a hiring manager with the story of that time you used your high school wrestling skills to combat a cougar (unless you’re applying for a job in the Parks Department, maybe!). I’m talking about putting together a memorable, rock-solid case that proves you’re the perfect fit for the position.

Maybe it’s a bit unfair – after all, you’re being asked to distill yourself down into less than a page. But it’s all you’ve got, and if you can learn to use it wisely, your cover letter will easily shine its way through that stack of generic applications.

One note on length: try to keep your cover letter to three or four paragraphs. Making it short ‘n’ sweet proves you’re a good communicator, and if it gets too long hiring managers may not read the whole thing.

This is the most important step. Employers aren’t actually that interested in what you’ve done – they want to hear about what you can do for them. They’re not hiring you because you’re a good person, or need a job. They’re looking for someone who most easily solves their immediate problem of an empty position.

Study the department you’re applying to. Read the mission statements, watch interviews with department heads, read their press releases. Learn the language they use, and use it in your cover letter and resume. If you make a conscious effort to sound like you already fit in, it’s easier for the hiring manager to imagine you filling the role.

Part of this research is figuring out who to address the letter to. Never start with “To Whom it May Concern,” or “Dear Sir/Madam.” A quick search of the organization’s website or LinkedIn page should net you the hiring manager’s name, and if you can’t find it on the web, just give the front desk a quick call to ask.

Show you’re a good fit for the organization

When I decided to start applying for copywriting jobs after a long stint waiting tables, I discovered an unexpected resource. One of the regulars at the bar I worked at used to be a copywriter, and claimed to be the queen of cover letters. She met me for coffee one morning (blazing up on her Ducati), and laid out “Kim’s Rules for Unfailing Cover Letters.”

First, she said, always list three reasons you want to work at a place. It can be anything from a company culture that promotes healthful living to the fact that you’ve always loved their mission to empower needy kids. This works for three reasons. One, it’s a chance to flatter the organization a bit. Two, it shows that you get their core values. Three, it gives you a chance to tell a story that shows you’re in line with those values.

Show what you can deliver in the role

Kim’s second bit of wisdom was to address the three main requirements of the job when talking about your skills. Some listings can have scores of requirements, but the most important ones are often listed first or mentioned more than once. The rest can normally be distilled into broader categories: insane organization skills, ease with public speaking, impeccable phone manners, or a Jedi master’s grasp of Adobe Creative Suite.

Drill down on those three requirements, and show not just that you can perform them, but also make clear what you and only you can do. Be specific here. Don’t just say “I can multitask,” tell them about the way you handled the competing demands of your campus writing center job. Steer clear from generalities, and don’t forget to weave in some of the wording used in the job description.

Tell a story here, even if it’s just a few sentences long. Brainstorm a little with friends if you need to, and find that perfect example to demonstrate how you’re skills are aligned with the mission and needs of the organization.

Hiring managers are looking for specific skill sets, of course, what on top of that they’re looking for someone who already fits in and can hit the ground running. Remember all those hundreds of applications you’re up against? The reality is that most are being turned in with form cover letters that show the job seeker has barely read the job requirements, let alone taken the time to craft a truly special cover letter.

Show that you shine on paper, and you’ll get the chance to shine in person.