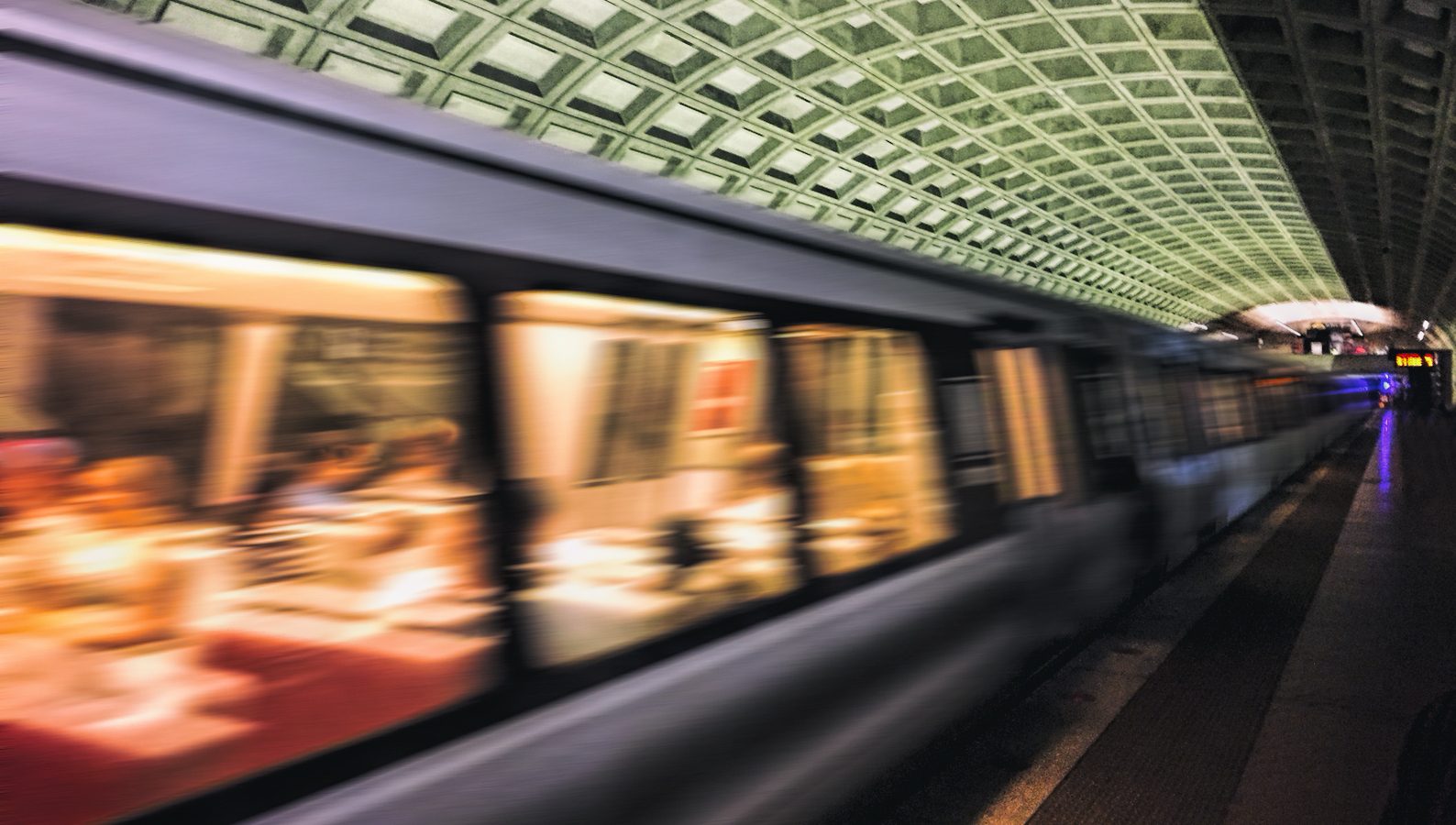 If you ride Metro and read signs, you may have seen the “Back2Good”  signs in stations, on busses or even online at wmata.com.  When you read the signs “Back2Good”, you may wonder what makes a Metro ride good or bad in this program, especially as the “description”: “Safer. Cleaner. More reliable.” are more mottos and less explicative. 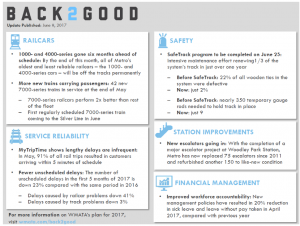 This refers to replacing older cars 1000/4000 series with the newer 7000 series cars; the new and shiny silver cars with the interactive displays, grey/blue leather-like seating and linoleum-like flooring (vs. the 1000 series’ yellow/orange seating and dark orange carpeting).  The new rail cars are being delivered faster (from eight to 20/month) from the Kawasaki factory in Nebraska.  While Metro asserts that 100% of its busses are low-floor, riders still see the older vehicles on the road and are inconvenienced by the climb of their stairs since many of the older busses’ lifts do not function.

While this particular topic isn’t mentioned in the Initiatives distinctly, while Railcars, Service Reliability, Safety [SafeTrack], Station Improvements and Financial Management are.  The objectives are found in the White Paper where annually all 91 stations will be power washed, scrubbed and polished (vs. the every four year schedule) and station lighting will be improved.

Mr. Wiedefeld’s motto is “Safety Trumps Service” as demonstrated with the closing of the train stations for safety inspections.

The Back2Good Rating is based on feedback in three areas: Service Reliability,  Personal Safety/Security and Customer Service.  In a system that has operating fee issues, the problem of fare evasion is mentioned on signs “Fare  Evasion is a Crime” throughout the system (rail/bus) and less overtly outlined in management reports.  Too, Metro’s different jurisdictions treat this crime either more (DC: $300 maximum) or less (MD/VA $10-$100) seriously with their fines for miscreants.

Busking vs. panhandling: performance artists such as Alex Young are being cited by Metro Transit police while the overall incidence of individuals asking for assistance on trains continues to rise.  Aren’t riders safer when being serenaded *outside the station* instead of being asked for money *inside the cars*?  Yet, none of the Back2Good Metro criteria appear to speak to “Are you seeing more (or less) panhandlers on your ride?” measure of effectiveness.

Listening is Becoming a Lost Art