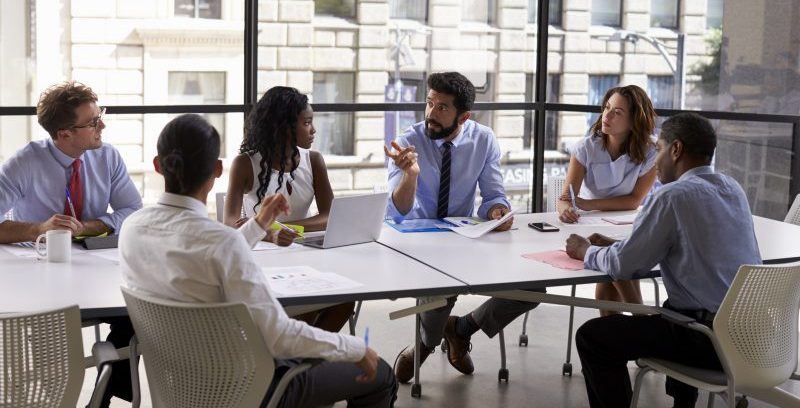 Government workers have already seen their fair share of tumult this year. First rattled by a several-day shutdown in late January, agency employees and contractors then had to deal with the possibility of another just weeks later. In the end, the government suffered a nine-hour funding gap in the morning hours of Feb. 9.

Recently, Christopher Dorobek of the DorobekINSIDER spoke to Mallory Barg Bulman, Vice President of Research and Evaluation at the Partnership for Public Service, about the value of the Partnership’s annual Best Places to Work in the Federal Government rankings to keeping agencies in check, and more. These surveys and subsequent reports are even more important in rocky times, she explained.

During the January shutdown, Bulman said, her team had a number of conversations about what government employees were probably feeling at the time, and what it would mean to release the rankings when employees were told not to come to work. The new list, after all, showed a 2.1 point increase over the previous year in employee engagement — but the information was collected in spring 2017.

The Partnership also continues to monitor leadership positions filled and unfilled. And absent any major changes, the information collected could spell looming trouble for federal agencies.

“Even at this point in time, on, you know, in February, you still have a dramatic number of vacancies in what we consider the key leadership positions in government,” Bulman said. “Next year’s data really, in fact, could reflect that if people don’t start paying attention.”

Of course, it’s no simple task to assess why exactly a score increases or decreases. But those at the Partnership try to understand nonetheless. They travel across the country to meet with individuals in all kinds of public sector organizations, to check on the status of inter-agency communication there. Perhaps unsurprisingly, officials often found problem areas they could address during these conversations. Small changes would then have huge impacts on employees, Bulman said.

She explained that her favorite example comes from the Labor Department, where employees raved about a microwave that had been installed recently. (You read that correctly.)

“It’s a nice microwave, but it’s just a microwave,” Bulman said. “What I came to understand is that microwave was symbolic, for them, of being heard. Saying this is something we need, or we want, and being listened to.”

It’s a great lesson for agency officials: sometimes the small steps can go a long way. “Make sure you’re keeping your eye on the prize,” Bulman said, “but really think about the little decisions you can do that can actually make a huge difference in the lives of employees.”