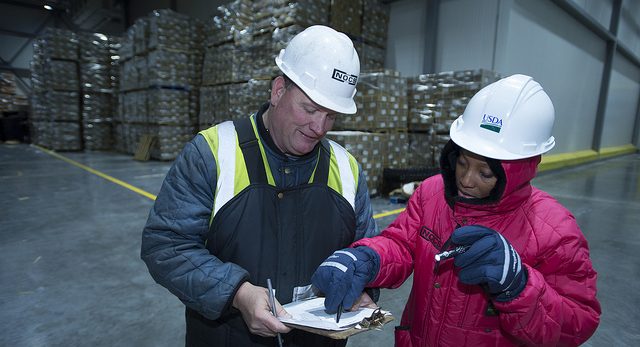 Longevity isn’t a word often associated with government chief information officers — for a variety of reasons. There’s the pay differential between the public and private sectors, the turnover that comes with the political environment, the complexity of issues and the high-stress nature of the job.

But CIOs such as Janet Stevens are redefining what it means to be a public-sector CIO in terms of tenure and management style. Stevens has served as CIO of the Food Safety and Inspection Service for more than a decade, where she is charged with supporting food safety, protecting public health, and ensuring the systems and data that support food defense are secure.

“It’s amazing to watch this organization,” Stevens said. “We can strategically plan, and we can turn on a dime for a natural disaster, or for a recall, and everybody works as a team.”

Stevens noted that part of the challenge in being a CIO is that you can live in compliance so much that you sometimes get lost in it. “I think it’s really important to remember that what we do [is] problem-solving,” she said. “We’re here to make sure that folks can get their work done, that the missions get done. And it should be fun because you learn when you have fun. Compliance is important, you just [have to] make sure you do both.”

We recently sat down with Stevens in her D.C. office to talk about current initiatives, IT modernization, adopting emerging tech and more.

GOVLOOP: What initiatives are top of mind for you as you ensure employees have the IT tools they need to carry out the mission?

STEVENS: I could not love this mission more. The big thing for us is threefold. [It includes] modernizing our systems, because over time you want to make sure that [systems] are growing with the needs of your organization. We want to modernize those and make sure that they’re done in a way to leverage mobile technologies and cloud technologies. Key for us is providing the best connectivity. We work in roughly 7,200 places across the country — and the territories.  [We’re] not always in places that are well-connected. So being creative, working with our partners, whether it’s wired or wireless services, is really important.

We’ve done virtual reality for training. We’re looking at what to explore in augmented reality … and IoT [Internet of Things]. 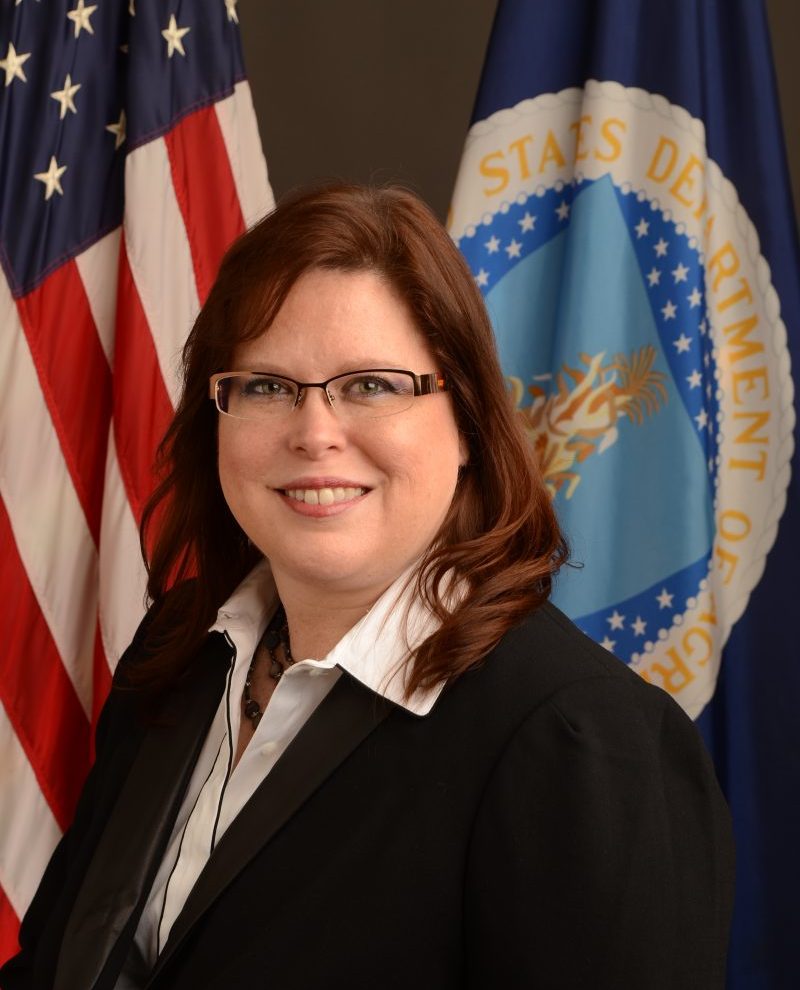 STEVENS: The fun answer is looking at how do you integrate technology [into the way] they work without them having to stop and use the technology? For me, you can look at our folks [who] wear safety glasses, for example. Is there something that you can augment into those safety glasses that can help them, or help them move data?  Is there something in the fabric of their clothing, or the things that allow them to work without having to stop the pace of their work? [Those are] the things I’m looking at.

We have virtual reality embedded in our training. So you’re putting the goggles on, [and] you’re in immersive training. You’re going through a plant, you’re looking at things, you’re being taught things [through] the glasses. I think we’ve really pushed the envelope in a lot of areas, so now what’s the next frontier?

GOVLOOP: What are the biggest pain points that you face as you try to implement these technologies?

STEVENS: It’s absolutely connectivity. I wouldn’t say it’s a pain point, it’s just more of a challenge. Nearly 85 percent of our employees work in the field, and they do not work in government-owned or government-leased space. We have to give them what’s called last-mile connectivity. So they can’t just show up and everything’s all connected for them. We have to know where they’re going to open a plant and make sure we work with them. How many employees? How many shifts? Where they are. There are some remote areas. Even in a major city, you can have congestion.

GOVLOOP: How do you introduce new technologies to employees and get buy-in for them to use new tools?

STEVENS: A lot of it has to come from the business side. Having technology for technology’s sake, that’s not really the value of it. If a business area has a business problem, they are part of helping figure out the solution, sometimes driving toward a solution and educating people on it.

GOVLOOP: You’ve served in your current role for more than a decade. That is rare for CIOs. What are your keys to longevity, and what has kept you here for that long?

STEVENS: I think it’s because I came from the business side. I’m an English major, and I was a communications minor. When I came in I was an editor, and I was editing economic journals. And I would look at things and go, ‘that website is terrible. Who designed that?’ I call it the complaining method, where you complain long enough [and] someone assigns you to make it better.

Over time, you learn why [things are] set up that way. Was it funding? Was someone just tasked [to do] it? Was someone trying to do a great job? For me, it was just learning and building relationships, but really looking at it from the customer’s perspective and also from leadership’s perspective. A lot of folks don’t always remember that leadership also has a boss, and you need to understand what their needs are, as well as your customer’s needs. If you only focus on one or the other, it can present a challenge.

I’ve taken probably the last three CIOs and deputy CIOs of the department onsite to see how our employees work, so folks can understand not just within our organization but at the department level how we work [and] how we can partner together to build better solutions.

GOVLOOP: I know that USDA is undergoing a massive modernization effort. What are you most excited about in terms of transformation?

STEVENS: For me, it really is shifting more time to spend on strategy. You’ve got to keep the trains running, you’ve got to operate so folks can do their business. But if I can shift some of that time, not just for myself but for my staff, [to] work on new technologies, processes and new ways of doing things, [such as] commercial cloud, faster technology, more mobile technology, to be able to focus more on that I think that is really where I’m seeing the future. [We] still have to make sure that those service levels are provided so my mission can run. But if that can be balanced with more time for that strategy and trying new things, I think that will be tremendous for us.

GOVLOOP: Do you think current IT modernization efforts are different from past attempts?

STEVENS: I do, because I feel that it’s a partnership both within and outside of the department.  So you’ve got the partnership with GSA [General Services Administration]. You’ve got 18F and USDS [United States Digital Service], and they’ve matured that over the years. You can take some of their models, or some of the items from their playbooks and start looking at [how you] could do [things a different] way because they’ve codified this. [We’re also] looking at how they procure. So making sure that we’re engaged with their procurement team, to let them know there are some new ways that we can do things together.

You’ve got the force of the White House Office of American Innovation, which is very focused on this. And then you’ve just got a lot of support within the department. Having folks [from the mission areas] go out and spend two years [working with the Centers of Excellence fulltime]. Those folks will be coming back and help us to continue to drive change. I think they looked at it from [the perspective of] how can we institutionalize long-term change, versus how do we hit a number, whether it’s a cost target or a performance target. I believe now it feels like more [of a] partnership for long-term change.

GOVLOOP: In terms of hiring, what skills are you looking for? Are there any new approaches you’re using to recruit?

STEVENS: We really look for change agents and creative problem solvers, and this team-based approach for providing IT support and services. I really value intellectual curiosity, learning how to solve [a] problem by really getting immersed in that problem. And having that passion for customers is really key.

We’re transforming to a DevSecOps organization, and I realized that it was the difference of me saying, ‘DevSecOps versus DevOps’ has changed some [of] the applicants that we have, and they’ve told me that. A lot of those folks are saying, ‘this is the attraction of the mission, or you’re doing DevSecOps and that was very interesting because you have Sec in there, which is Security and not just DevOps.’ They see [us as being] more forward-leaning.

GOVLOOP: I always like to end with a fun fact or insights into what books CIOs are reading.

STEVENS: “The Year of Living Danishly” by Helen Russel. That led me to a couple other books on the Nordic theory of love and Hygge, which is kind of how you surround yourself with food or things that make people relax and just connect. I thought that was important because in IT, you have these devices and you’re not connecting. How do I build areas that facilitate people working together and take those boundaries down?

The book that we’re all reading together across the whole organization is “The Phoenix Project.”  It’s a novel about IT, DevOps and helping your business win. I’m trying to engage folks, and we’re starting to use some of the terminology.