For the tens of millions of veterans here in the United States, a well-functioning Veterans Affairs Department is critical.

As the former chief information officer at the VA — from July 2015 to January 2017 — LaVerne Council knows just how difficult that job is. The department’s IT organization is one of the largest and most complex in the country, which makes strong leadership even more critical to mission success.

“The VA is a large organization with an important job, and it has been a march uphill to try to make sure it meets all the stakeholders’ needs,” Council said. “I really appreciated the folks that got behind my leadership and were willing to try some things different, and then follow through, and then put their own capabilities on top of the team and make it better. It’s a great thing as a leader when you can see that happen.”

Recently, we chatted to Council, who now works as the National Managing Principal, Enterprise Digital Strategy and Innovation, at Grant Thornton. We talked about her time at the VA and what she thinks of the current landscape of government IT.

GOVLOOP: While you were working as the VA CIO, what were you most excited about? And on the flip side of that, what worried you the most about your job and responsibilities? 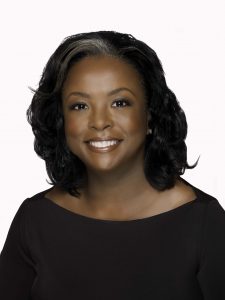 COUNCIL: You know, I was excited about making a lasting change. That was a real concern to me. I didn’t want to come in, be disruptive, and then leave the team no better than I found it. It was really important that we worked as hard as we did, that we really showed we could make a difference. I was very proud that the team was able to do that.

So, if I had a worry, it was that bad people have been trying to do bad things to good people. We had to make sure, with all the outlets and opportunities we had, that we always protected the veterans’ health information and their benefits, and their family’s benefit and health information, like it was our own. And I took that very seriously.

GOVLOOP: You sound proud of the team you led. Do you feel positive about the direction the team is heading now?

COUNCIL: Oh, most definitely. I think they’ve been great stewards, wanting to see a difference made for the veteran. I think we learned a lot together about what we have the capacity to do.

I also think people were surprised to see that we could actually do what we said we were doing, in the timeframe that we did it. When that happens, many times you see new leaders pop up, and that’s exactly what happened. I saw new leaders come to the forefront, take up the mantle and run with it, because they were empowered to do so, and they had the capability. Those people were quiet giants, and they just do it every day. They just grind to get it right, and that’s why they’re seeing the fruits of their labor now.

GOVLOOP: Who actually reported to you when you were CIO? What was the makeup of your team?

COUNCIL: Well, when you look at IT, it takes a lot. I added 33 percent more leadership because we had some gaps. And that’s a whole other story: How do you add people in the federal government at that rate? But we did.

So reporting to me would be the CFO [chief financial officer], for IT. We also had the head of facilities for IT and all the operations and resources at our facilities reported in [to my office]. All the network telecommunications and people that work within hospitals reported in. We had our architects, security, development, program management office. So the team was quite sizable. The last time I saw the numbers it was something like 6,000 employees, 6,000 contracts.

GOVLOOP: That certainly is sizable.

COUNCIL: And a budget of about $4.2 billion.

GOVLOOP: Do you have thoughts on how agencies and departments can better utilize their CIOs, or how CIOs can be a little more assertive in the process?

COUNCIL: I was just really thankful to have the business partners I had. And I think that’s really a critical factor to the success of any CIO — being able to create that relationship. Because you’re not on an island. You’re there to help and enable and be a part of the business’s success, or whatever service you’re trying to enable. And when you’re set apart, that’s a recipe for disaster.

GOVLOOP: Lastly, speaking of technology today, what IT trends do you think will play the biggest role in government in 2018?

COUNCIL: I think it’s going to be a continuation of cloud — using more cloud technology and getting out of the heavy brick and mortar infrastructure.There’s such flexibility and opportunity there.

I think people will be moving more and more toward digital solutions and leveraging the internet as a way to share information, use information, and the analytics of information. I also believe that shared services will find its place. It’s a tough one in the government because of the size and breadth of what you’re trying to do, but it’s a great opportunity to leverage some best practices, and to be able to share in that across agencies. So I continue to see those areas grow. No doubt, use of the cloud, comfortability with the cloud, and strong analytics definitely will break through.

Federal IT Shifts into High Gear