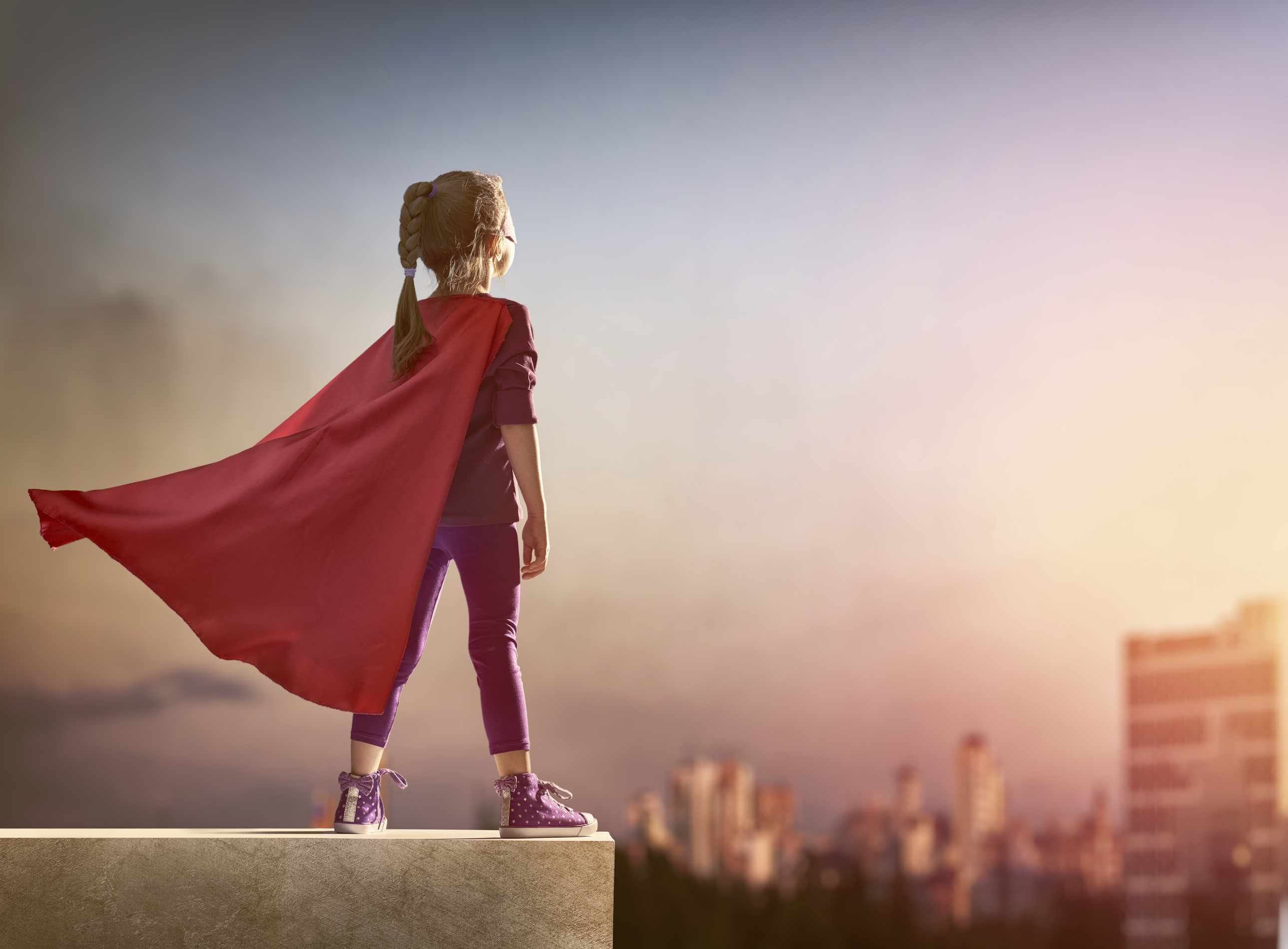 Faster than a speeding bullet, stronger than a locomotive, it’s – it’s…the intern? As young professionals starting out, we often visualize our ultimate titles as Senior Project Manager, or CEO, or even President. But we don’t usually think of ourselves as heroes, let alone superheroes, even when we’re saving the day behind the scenes in our government jobs. First 5  was so impressed with this hero’s story from the Next Generation of Government Training Summit, we had to share.

At the Summit, James shared her passion for emergency preparedness and how, during her career, she rose from intern at her organization to full-blown superhero.

Her hero’s journey started with Hurricane Sandy. With power out in lower Manhattan, she and her fellow students were forced to spend one week sleeping in a school gym. She had nothing but a pack of hummus, a lap top charger, and $40. To make matters worse, she couldn’t even get a good phone signal to call her parents.

Ready Girl
Just as Clark Kent became Superman,  James created and became Ready Girl. Ready Girl is a superhero, emergency manager, artist, and lover of all things pizza. When she isn’t saving New York City from emergencies, Ready Girl is teaching kids about emergency preparedness and how to create an emergency plan. In the blink of an eye, James can go from your regular Outreach Coordinator to becoming Ready Girl herself to present to schools in person.

But, as we all know, superheroes are not created overnight. James applied a lot of preparation and thought in Ready Girl. When she was in the designing stages, James outlined details like how much the campaign was expected to cost, how the department would allocate time to Ready Girl, and anticipated outcomes with this new mascot. James’ supervisor was so impressed with the amount of detail that she immediately approved.

Such details included the story of our superhero. Before she became the emergency preparedness wonder, Ready Girl was just like any city kid. She went to school and liked to play outside with her dog and her brother. During Hurricane Sandy, Ready Girl saved her family from the rising water and torrential winds. It was there she realized her superpowers: emergency preparedness. Ever since, she has been to NYC what Batman’s been to Gotham City: its hero in the people’s desperate time of need.

With her super powers (like flying when all her emergency items are in her go bag or teaching people to be safe and prepared) Ready Girl has helped prepare over 6000 students for emergencies since her creation in October of 2015. This superhero is so popular, Marvel Comics decided to partner with her and she has her own comic series. She has even fought alongside big names like Spiderman and the Hulk.

Tips from a Superhero
Despite Ready Girl’s fame and success, James said the path to becoming a superhero didn’t come without its challenges. She often gets questions about where Ready Boy is, even though there are more than enough male superheroes. She also gets questions about how people will believe in Ready Girl, but for the most part, kids and adults alike seem to love her.

James shared the following tips to create a superhero in your organization:

It’s clear the hero in this story is James herself for believing and for her ability to rise from intern to a legitimate superhero. Govies are often heroes behind the scenes, but James and NYC Emergency Management prove the importance of public heroes like Smokey the Bear and Ready Girl.

To read more about the adventures of Ready Girl, check out her blog series here! And, in addition to remembering to prepare and stay safe out there, don’t forget: there’s a superhero in all of us.