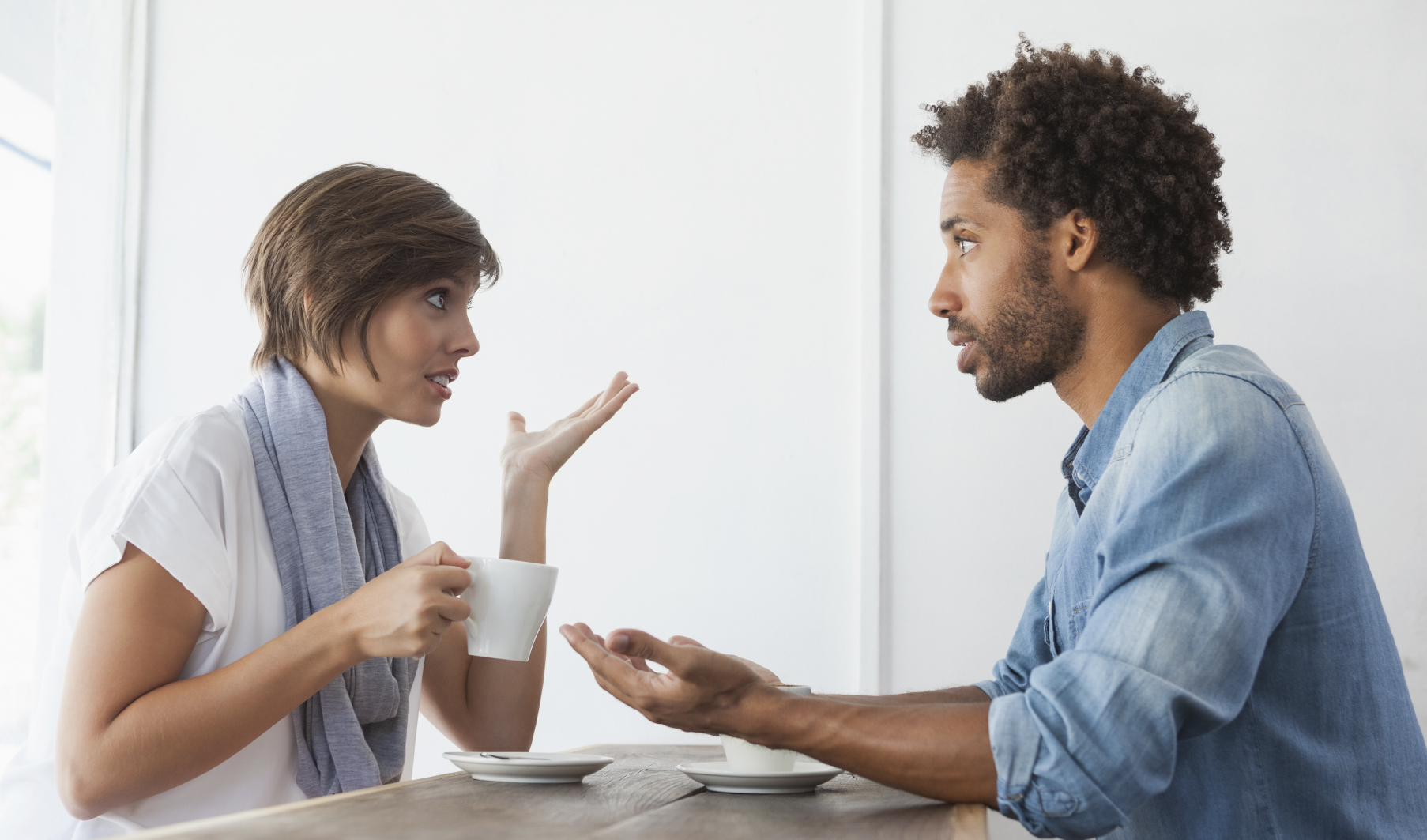 You might not have noticed, but a lot of advice to women trying to get ahead (or even to get on equal footing) revolves around having difficult conversations. For instance, if you’re facing sexism in the workplace, most mentors will tell you to call it out. If your office culture isn’t conducive to raising a family, you should demand change. If you think you’re not being compensating appropriately, make the case for a promotion or raise.

I could go on, but you get the point. Confronting gender bias or discrimination often requires talking. And if you aren’t careful, that confrontation can be more than a little awkward.

For some people, that’s not a problem. You can march into your boss’s office and tell them straight that gender equality means equal opportunity and pay. You go get ‘em, girl! In most cases, being as direct as possible is the best way to convey your message and receive the attention it deserves.

For others, the potential awkwardness of confronting a difficult topic can be a major deterrent to having a necessary conversation. If you fall into this latter category, that’s okay! It doesn’t mean you can’t stand up for yourself or your rights. It just means you might want to think of a few ways to make the conversation more comfortable for yourself.

So let me help you out.
Here are three tips to help transform any conversation from awkward to awesome:

Highlight the good, along with the bad. A conversation about doesn’t have to be completely negative just because you’re trying to relay a negative message. In many cases, highlighting something positive (e.g. “Our parental leave policy is exceptional”) can be used to tee up a more critical discussion (e.g. “But I don’t feel like I can take advantage of it because of current office culture”). By starting with something positive, you set the stage for a productive conversation, even if the rest of the dialogue focuses on a problem.

Of course, you don’t want to overdo it. The compliment sandwich – the trifecta of two compliments with criticism hidden in the middle – is a tactic to avoid because it can undermine or muddle your critical feedback. Instead, use your compliments to highlight what is working, and contrast that to what isn’t.

Ask questions. Another easy way to make a conversation more collaborative is by soliciting your partner’s input in forming a solution. Rather than saying, “I need X,” try asking “What can we do to ensure our organization provides X?”

Again, there is a fine line to walk here, because you don’t want to give the person or group the option to ignore a problem. To avoid that scenario, ask questions in a way that doesn’t leave room for a “no.” For instance, if you’re asking for equal pay, avoid the open-ended “can I have a raise” questions. Instead, a question like “how do we ensure that I receive equal pay to my equal colleagues?” assumes the two of you will work together toward a solution.

Make sure to listen. Similarly, you want to make sure you leave room for the other person to respond. After all, this is a conversation, not a monologue. So whether you want to start by asking a question or by laying out the problem directly, do it and then let the other person react. This may require prompting (which can be as simple as asking, “How do you feel about that?”) but you want to get the other person involved in a conversation. Not only does this tactic encourage your partner to engage with the issue, but it also eases tensions by naturally making the conversation less accusatory and more collaborative.

Let’s summarize real quick
As you read through those three tips, you might have noticed a common thread. If you didn’t, I’ll tell it to you straight. The secret to making a conversation – especially one that deals with gender issues – less awkward is to treat the other person like a partner, rather than the enemy.

Think about it from your own perspective. Consider how you would feel if someone came to you and said you or your actions were a problem. Even if they were right, you wouldn’t feel great, right? Contrast that with how you might feel if that person asked you to work with them to solve a problem. Feel better?

The next time you’re worried about confronting someone with an awkward topic, whether it deals with gender issues or not, try to reframe the discussion away from confrontation. Instead, partner up with them to have a comfortable, collaborative conversation.

So true for any awkward conversations……treating the other person as a partner rather than assuming a confrontational stance makes all the difference. Great article, thanks!

One other key point, when having difficult conversations at work: be sure to explain how the behavior impact the mission. Can you tie improvements to lower absenteeism, lower turnover, higher employee engagement, better work products, improved communication, etc.

p.s. These conversations are difficult for men and women.

How Information Security Can be Optimized through Partnerships, Collaboration and Outsourcing