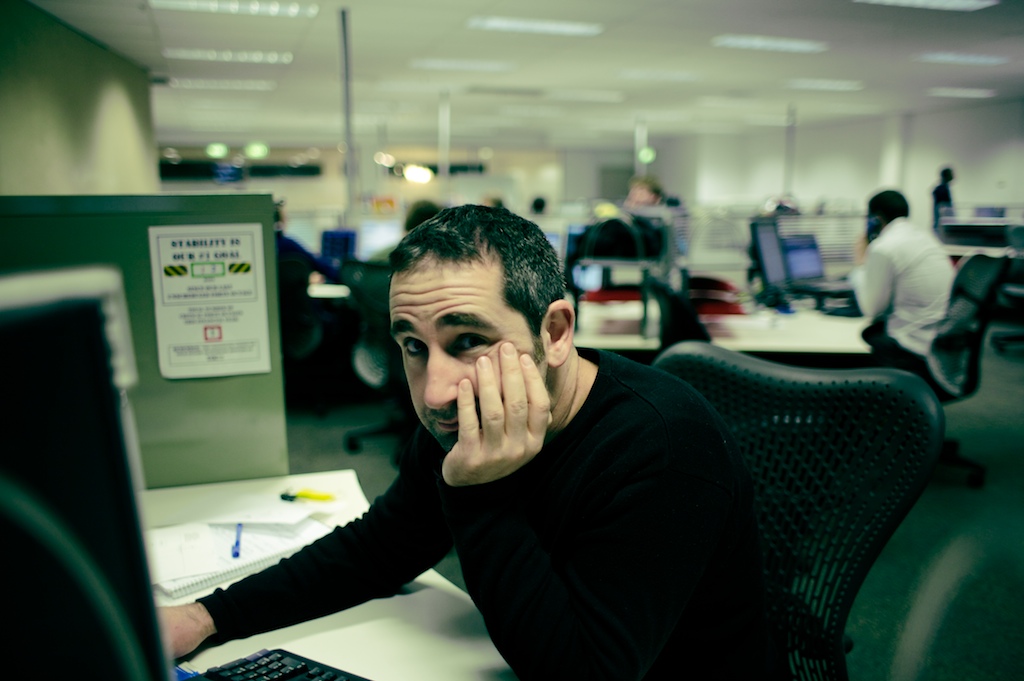 According to the Partnership for Public Service’s recent Employee Engagement Survey, employees give their federal agencies failing marks. A dismal 39 percent of federal employees think they can actually attract the right people to their jobs. The survey is based off of the Office of Personnel Management (OPM’s) Federal Viewpoint Survey, which measures if feds feel engaged, supported, and motivated.

In a recent interview with Chris Dorobek on the DorobekINSIDER program, Tom Fox, Vice President for Leadership and Innovation at the Partnership for Public Service, discussed how to start addressing poor employee experience in the federal sector. Whether it’s innovation in recruiting and hiring, utilization, training and development, or appreciation and recognition, there’s still hope to attract and retain a robust federal workforce.

The Challenges
The vast majority of public servants don’t join government for the money – right? So what motivates public employees?

“Ultimately, it’s the day-in, day-out activities that have the most profound impact on their commitment, their satisfaction, and their engagement in doing their actual jobs,” Fox said.

The recruiting and hiring process is a significant problem because not only do federal employees feel they have trouble attracting the right people, but turnover rates in the federal sector are rapidly increasing.

“Based on some of our research, the percentage of millennials government-wide is actually pretty low relative to the workforce as a whole,” Fox said. “Some of that can be explained by the fact that the federal workforce is a little bit more experienced and requires a higher level of education and expertise. But some of it also may be that we’re not doing as well on recruiting and then utilizing those folks once they’re onboard.”

Most leaders tend to blame slow Federal hiring processes, outdated civil service, and portals like USA Jobs. The problems, however, may be more than the HR systems.

Recruitment: The Post and Pray Approach
Fox referred to a colleague of his who describes the federal hiring process as the “post and pray approach,” where you post the job announcements to USAJobs and pray the right person finds your post.

“A better bet is for a senior leader or hiring manager to work effectively with HR to understand the processes they need to follow,” Fox said. “They need to be really hands-on in terms of thinking about what they need in a high-quality applicant and what they can use in the way of the Pathways Program, internships, college graduate programs, and Presidential Management Fellows.”

Fox added, “This isn’t just HR’s problem, and it’s not just a problem with USAJobs. It’s a real leadership imperative to figure out how to work with HR and use those tools effectively.”

Deployment: When the Honeymoon is Over
People can always remember the great reasons why they wanted to dedicate their lives to public service, whether it’s giving back to their country, serving citizens, or changing government for the better. But when it comes to a federal job, the feeling of doing something meaningful might be hard to maintain at times. After a year or so, the honeymoon phase is over.

“Once you get the job, it’s not just a matter of feeling like you’re being well-utilized,” Fox said. “What you’re seeing is real suffering from a sense of being disconnected from an agency’s leaders, the mission and goals of the agency, and the best way of using employee talent.”

“Some try to explain it away, saying that young folks just want to come on and be the deputy secretary the next day,” he added. “That’s not what’s an issue here. It’s really about trying to make a difference.”

Like marriage, these things take time and a lot of work. Federal government needs to focus on its deployment process and keep the “romance” of working in government alive and well.

Fox suggested that senior levels try to meet more often with their employees one-on-one to learn their career aspirations and even hidden skills. “Face-to-face allows for a better connection and a better sense of connectivity to the mission and goals.”

Employees also crave more training and development opportunities. While budgets may be shrinking, Fox emphasized the importance of not using that as an excuse to steer investment from training.

Recognition: A Pat on the Back or a Shout Out?
One of the most important things an employer can do to keep his employee engaged is to encourage the employee with praise or a simple pat on the back. It sounds simple, but it goes a long way.

Leaders should focus on learning the different categories of recognition and where their employees fall. Does an employee like to be praised at a staff meeting? Or would that embarrass the employee when hand-written notes will do?

“As a leader, I think it’s important to make a commitment to recognize my employees in different ways,” Fox said. “I may not always know the right way, but at least they’ll know it’s sincere and that I genuinely appreciate the work they’ve done.”

Asking Questions to Get Started
It may seem overwhelming to adjust the federal process for the employee experience, but there are ways to start. Fox suggests the following: “Start a dialogue with your employees and state, ‘I know there are some things we’re doing well and some things we’re struggling with. Which ones are pain points for you? What can we do about it?’”

However Fox also cautioned against taking on too much at a time. “Don’t try to bite off more than you can chew,” he said. “More often than not, what you’ll be left with are incomplete results and employees who continue to be unsatisfied.”

Excellent article! It makes me cringe every time people wonder why government employees are disengaged. There are so many reasons, and none of them are money. Feeling valued at work instead of a pay number. Managers that ask for help instead of give orders. Sharing the vision and direction of the agency, recognition that is sincere, not a certificate copied on somebody’s machine or a longevity award in somebody’s mailbox. The list is endless, but it all comes down to respect.

founder/ President United African Community Development Council Of American
Mission
We are an international organization focused on promoting unity amongst the American, African, Indian, S.E Asian, and Europeans, Middle Eastern communities in United States of America regardless of countries of origin in order to create the next generation of young African, Indian, S.E Asian, and European. Our focus is to create an active group of people from different backgrounds to participate in the system in the United States at various levels bringing a better understanding of the diversity of our population.
Vision
We are working with State, City, and local partners to provide support for the American African Indian, S.E Asian, European, Middle Eastern communities in Colorado. We are offering free services to support adults and children in sports education, religious study, cultures, practicing languages, and other social services as needed.
Goals
We want to create an international organization to connect all the communities in Colorado and cultivate an environment of neighbors helping neighbors. We want to understand how people from different countries solve problems in their own nations and we want to provide support to the local community as well as those returning to their homeland enriched with knowledge and education gained here.
We will provide this support though community volunteer work, helping both children and adults with interpretation, homework, practicing languages, religious study, and after-school programs. We want to provide these services because we are young African American, Indian, S.E Asian, European, Middle Eastern American leaders who think it is important to help create new leaders for the future. We hope to address and come up with solutions to issues both in America and all over the world such as agriculture, business/entrepreneurship, children/youth/human rights, community development, education, technology/telecommunications, health and women’s issues.

Objective
We assist students with homework, practicing languages, studying religion, and focusing on professional careers. We encourage academic excellence so that students may attend prestigious colleges and universities.
We are excited to announce that we opened a study center last year for students in grades 4-6, and also adults. The study center is open now by appointment only. While at the center and the public library, students will have access to various venues for research. The United African Community Development Council of America staff is on hand to assist students with their homework, practice language and study religion.
With these efforts to integrate many people of different national backgrounds our intent is to create a community of new leaders that bring a different perspective to this great nation.

[…] no new news. Employee engagement and employee morale in government are at an all time low. A recent Government Accountability Office (GAO) report quantifies a drop in what is known as the […]

How the Internet of Things is Driving Efficiency, Productivity and Cost Savings