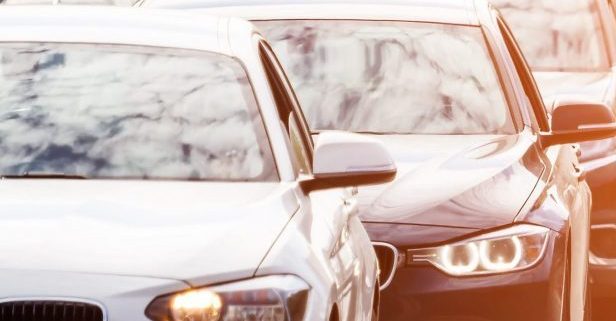 In probably every major U.S. city, more funding for public works would be welcomed with open arms. When that doesn’t happen, however, cities must get creative.

Kansas City is responsible for more than 6,000 miles of streets on an annual public works budget of about $8 million. According to city CIO Bob Bennett, that means the city could repair or resurface about 20 to 25 miles of streets per year.

That is, until he and his data scientist were tasked by the Public Works department’s director to devise a method of predicting where potholes would most likely develop. Traditionally, citizens report potholes to 311 after they’ve formed, which kicks off a longer process that eventually ends with the hole being filled.

“We kind of looked at each other and said, ‘Well, if that’s what you want, that’s what we’ll give you,’” Bennett said.

It took about three weeks to develop a pothole predictor that allows the department to perform preventative maintenance on the roads, Bennett said. In that time, he and his team developed a system based on 18 variables grouped into three categories:

1. Current condition of the road. Public Works conducts an analysis of the more than 6,000 miles of road about every three years, Bennett said. Workers characterize the roads based on segments, which can be as short as about 300 meters or as long as a half-mile.

2.Who built the road. The city takes into account expected road lifespans and problems associated with various contractors’ work. “We know what the strengths and weaknesses are of the different entities,” Bennett said.

3.Weather data. There are two major pieces here: the type and amount of precipitation per day, and how many freeze/thaw cycles a segment of roadway experiences. Bennett explained a freeze/thaw cycle as a 24-hour period in which the temperature changes more than 15 degrees Fahrenheit from below freezing.

The program, which was initially implemented in a test phase in 2017, should improve Public Works’ capacity for preventative maintenance in the coming years, which means more risk segments will be repaired before potholes form. The city has expanded testing to 10 arterial roads now, and in several months, officials should know if potholes are indeed forming where they’re expected to.

In addition to the factors outlined in the section above, the system uses existing traffic cameras to provide data related to traffic volume and anomalies such as traffic accidents. The city’s Main Street alone has 178 sensors. Because the project relies on software upgrades rather than the installation of new equipment, Kansas City is saving money.

Recent years have seen a spike in city modernization efforts, including a Main Street corridor development plan that features a new streetcar line and public Wi-Fi. These projects are designed to make life easier for Kansas City residents.

“I have a very progressive individual in both [the city manager and mayor] seats, who are always looking for ways to use technology to digitize the wisdom of the incredibly talented workforce that we already have,” Bennett said. “For them, modernization is a priority, and therefore I’m able to gain access to collective wisdom in the departments without a whole lot of drama.”

It’s yet to be seen if the algorithm is as precise as Bennett hopes, or if it needs some adjusting. But he estimates it will enable Public Works to repair or resurface 35 to 45 miles of streets every year, compared to the 20 to 25 miles it handles yearly now. That means smoother rides for Kansas City drivers.

Bennett believes that government is not actually in charge of anything — it’s a part of the solution, but not the whole thing. He recommended that other government workers looking to make a difference accept that their primary function is to enable others.

The Caps, Community and GovLoop

Transforming to Simplicity with HCI