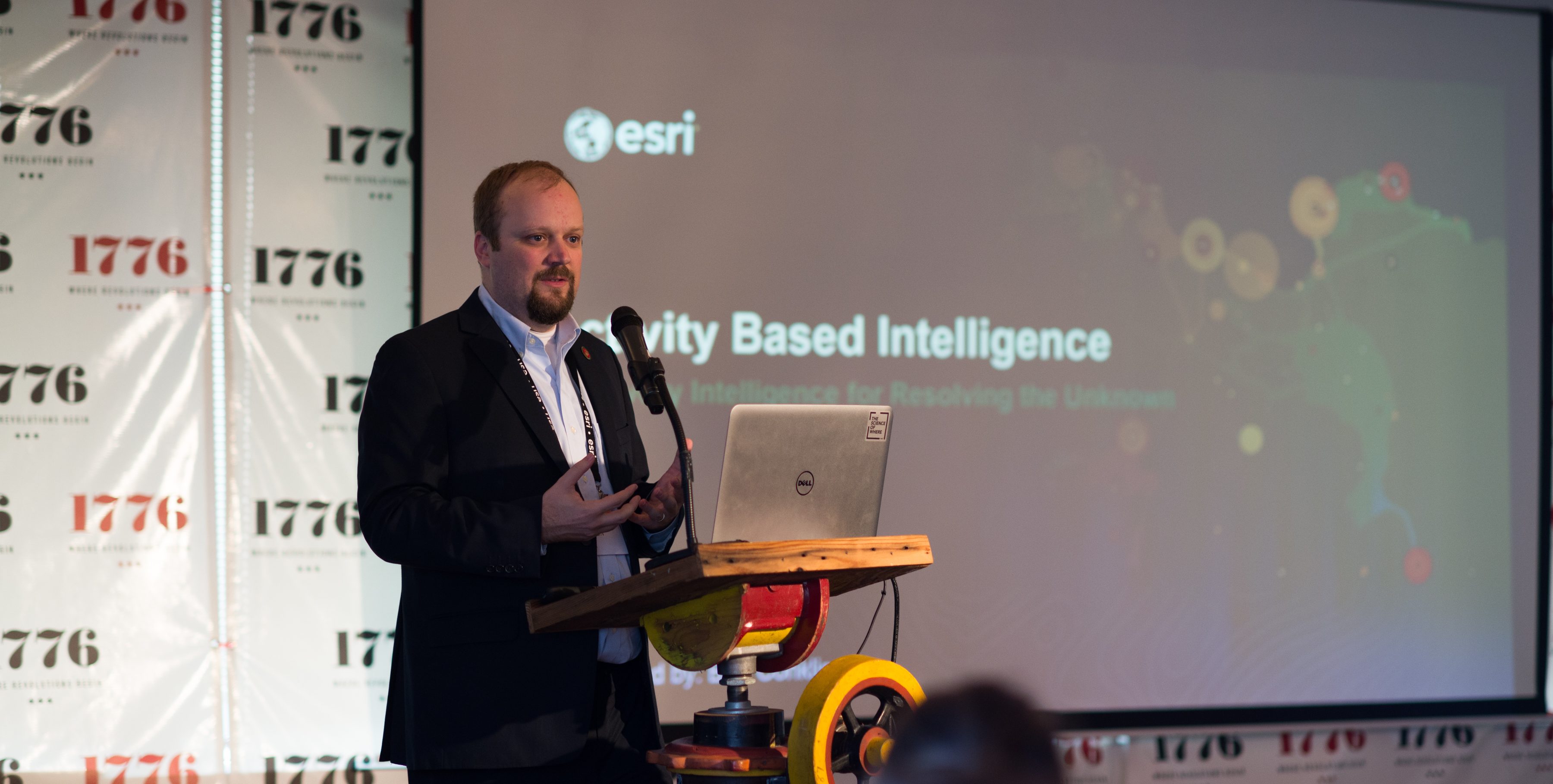 It’s no secret that we are living in a dangerous world. Scary diseases are breaking out, mother nature is destroying homes, and many communities are living in perpetual fear of violent, non-state actors. While our first inclination may be to rally the troops and bring in hard power to stop these challenges, armed conflict may not be the most effective way to counter these problems.

One of our primary defenses to global challenges like pandemics, natural disasters and terrorism is data. Gathering, analyzing, and visualizing data allows agencies to bring context to what is happening around the world, ultimately helping policy makers and warfighters make more informed and effective decisions.

To learn more about how agencies can unlock the full potential of its data through integrated intelligence, GovLoop and Esri brought together four experts who discussed this challenge at a recent MapUp. The experts were:

Conklin kicked the evening off by explaining how integrating intelligence can help solve these global challenges. “Mapping capabilities and GIS connects everyone in an organization and allows them to approach a problem from the same page,” he said. “From an intelligence perspective—we can not only visualize our data, but we can also analyze it and leverage it to help us answer questions that we do not even know exist yet.”

The idea of discovering intelligence to solve unknown problems is also known as Activity Based Intelligence (ABI). This practice essentially applies geographic thinking to solve complex problems through pieces of multi-source intelligence data. Additionally, it is fundamentally rooted in and driven by geospatial intelligence.

ABI highlights a fundamental but necessary shift in intelligence collection. “With ABI, the focus is shifted from answering questions to discovery,” Conklin said. “We needed a formal method of discovery to find the needle in the haystack. ABI does this by fitting into the traditional intelligence cycle but shifting the emphasis from collecting intelligence to processing intelligence.”

New technology is critical to driving ABI because agencies have to be constantly processing data in order to figure out the undefined questions. The new intelligence method enables technology through geo-enrichment, real-time analytics, big data analytics, application frameworks, and an enterprise approach.

To highlight how agencies are leveraging and enabling new technologies to make more meaning of their data, we heard two case studies from NGA and the State Department.

Our first case study came from Breece and Toutant who emphasized that NGA is moving from anecdote based observations to evidence based understandings. Breece gave the example of survival analysis and conflict. He explained that he can build a model based on reports and past experiences to determine a survival rate in conflict but this is no longer enough. “Models don’t stand alone anymore, we need analysis of the data to make it meaningful to policy makers and war fighters,” he said.

As a result, Breece and his team are integrating real-time analysis and spatial analytics into their models in order to produce more reasonable and accurate outcomes. While these models have produced valuable information, they are not useful unless decision makers can access and understand that information.

As a result, Toutant and her team took on the daunting task of creating the Intelligence Community GIS Portal, which enables analysts from across the Community to discover and access geospatial information. To do this, Toutant took siloed information and aggregated it on a web platform. “We wanted to put up technology that people can use themselves even if they are not a GIS expert so they can look at data and access trade craft and methods from other analysts in a way that is easy and useful for them,” she said.

While this was a daunting task, Toutant and her team have seen a lot of success in reaching their ultimate goal of enabling self-service and assisted service workflows for policy makers. “When we started out eighteen months ago we had one agency using the network,” she said. “Now we have 40 agencies and over 60,000 users on the top secret network leveraging the data.”

How the State Department is Leveraging Web GIS

Our second case study came from Brandt who is leveraging the platform that Toutant discussed in his day-to-day operations at the State Department. As a diplomatic courier, maps are inherently a large part of Brandt’s life. However, until 2012, he and his team were still mapping out diplomatic courier routes using paper maps, pipe cleaners, string, and pushpins.

It wasn’t until early 2017 that Brandt discovered and started leveraging Toutant’s IC GIS portal. “We began using the portal to share our courier maps and routes with all seventeen agencies in the intelligence community,” he said. “Honestly, it was quite easy and a fun project to put together.”

While Brandt is an example of success in leveraging the Web GIS platform, there is still a lot of work to be done to get data to the people that need it. “All data is meaningless unless you get it into the hands of the people who are asking the questions so we need to continue moving participation in the platform forward so this data can help solve problems,” Toutant concluded.