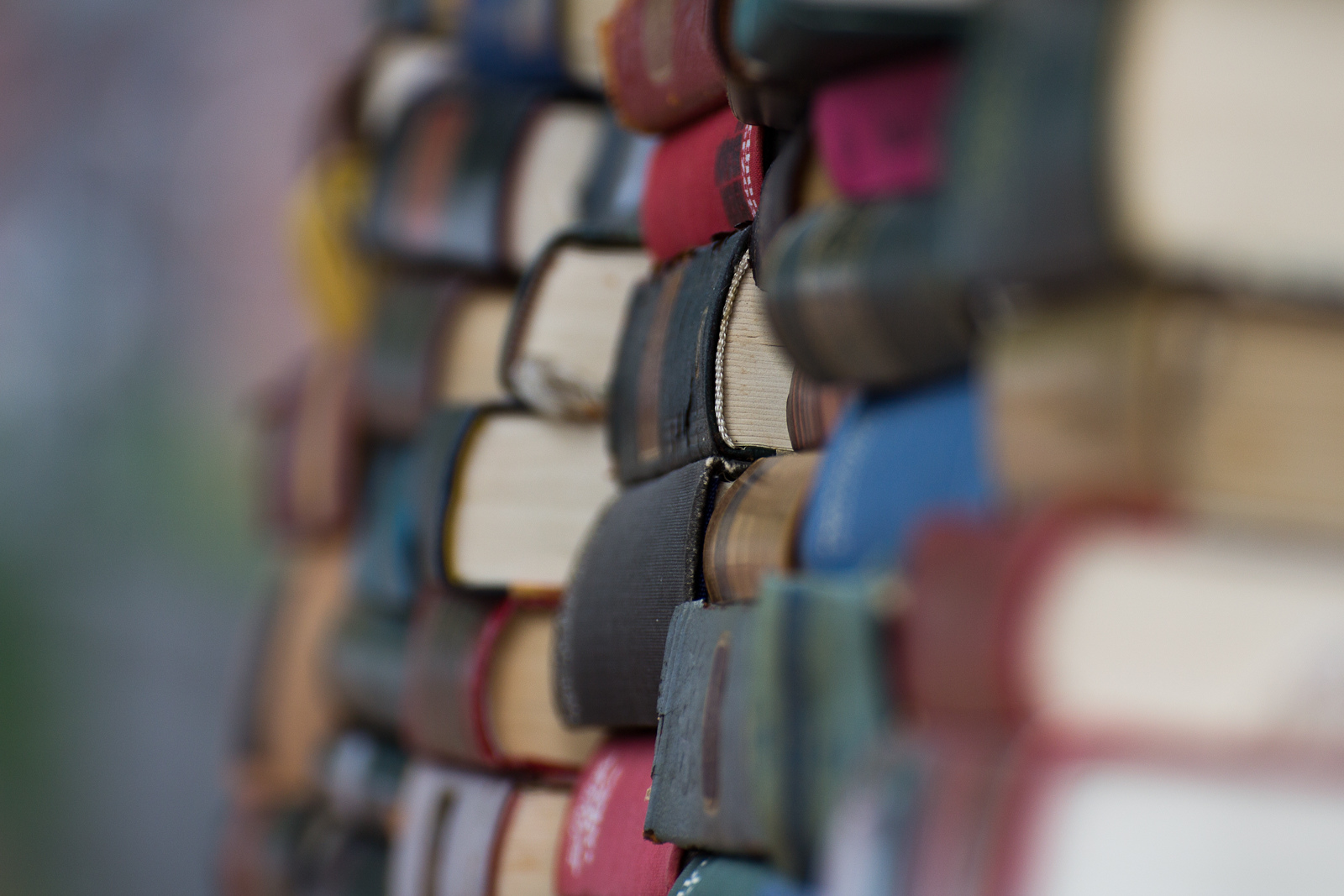 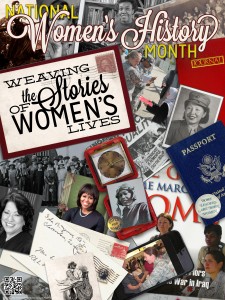 You’ve probably gathered by now that March is Women’s History Month. This year’s theme, established by the National Women’s History Project, is “Weaving the Stories of Women’s Lives.” It is meant to draw attention to women who have showcased the achievements of other women, as well as the stories they tell.

Government has joined in the celebration. Agencies like the Department of Defense, the National Park Service, and the CDC created webpages to showcase women in the military. NASA is featuring “Women’s History Month Shout Outs” on its blog. Finally, Navy, DoD, and the Department of Labor all developed infographics focused on female contributions to the federal workforce.

The stories that these and other agencies present are inspiring to say the least. They’re also educational. While the stories themselves are varied, many common themes run through them. Below are four takeaways from the myriad success stories, which we hope other women will apply as they climb the government career ladder.

Take every opportunity, no matter how it comes about.
Susanna Salter was placed on the Argonia, Kansas ballot for mayor as a joke by some local male party leaders. When she won the race, everyone was surprised and many expected her to shy away from the office. Yet she accepted her victory and became the first female mayor of an American town. Why? Because that was an opportunity not to be missed.

It’s easy to ignore an opportunity because it’s inconvenient, unexpected, or even offered for the wrong reasons. Yet it’s only by seizing opportunities as they come that we will advance. That’s true, even today.

Pilot Tristan Archambault, the only female pilot in Task Force Wolfpack of the 82nd Combat Aviation Brigade, echoed this sentiment in her own field. “I think that having women in this field is extremely important,” she said. “I think that nobody’s telling us ‘no’ anymore. And so it’s really important for us not to restrict ourselves from things that we want to do.”

When there isn’t a place for you – make one.
In addition to taken opportunities given, what really stood out among the stories I read was how many women made a place for themselves where there wasn’t one previously.

Take Clara Barton, for instance. She was working at the U.S. Patent Office when troops began pouring into DC in 1861. While it had nothing to do with her patent work, Barton knew she had to do something for these soldiers. She established an agency to provision them with supplies. As she became more involved with the troops, she also established a Bureau of Records to help families locate their missing troops after the war. Not to be stopped, she then hopped overseas to meet with the European Society of the Red Cross and ultimately determined that an American Association of the Red Cross should be established.

Maggie L Walker is another great example. She chartered a bank, a newspaper, and a store before women even had the right to vote. She also fostered black entrepreneurialism in the era of Jim Crow laws. As a result, both women and African Americans made significant strides.

Both Barton and Walker made a path for themselves and others. That’s an important point to consider today. While there are many more opportunities available to women in government today, the number of available positions should still not limit your ambition. Instead, decide how you want to contribute to government and then make it happen.

Your accomplishments are important, even when they aren’t recognized.
Reading through these stories of women’s amazing accomplishments, it was easy to lose perspective. Most of their names and their successes are now so well known that you assume they were always destined to make history. In reality, many of these women’s accomplishments went unrecognized for years.

As the National Endowment for the Humanities pointed out, Emily Dickinson didn’t gain acclaim for her poems until after her death. She was better known for her gardening skills. And Susanna Salter, mentioned earlier in this post for becoming the first female mayor of a town, was only paid one dollar for her entire tenure in office.

Yet these women continued to do what they felt was important, and eventually they were recognized for their contributions. The lesson? Sometimes, you won’t get the credit you deserve, especially if you’re pushing the boundaries of women’s participation in public service. That doesn’t mean what you’re doing is unimportant. If anything, that makes your efforts ever more remarkable. And don’t worry, eventually someone will take notice!

Don’t let differences hold you back
Ellen Ochoa, the first female Hispanic astronaut, said, “What everyone in the astronaut corps shares in common is not gender or ethnic background, but motivation, perseverance, and desire – the desire to participate in a voyage of discovery.”

When you enter government as a woman, it’s easy to see your gender as a clear marker of your potential. You might even veer towards fields where more women are already participating. However, you are likely to make a lot more progress by focusing on the qualities and skills your ideal field requires.

For instance, Denise Koo, MD is now Captain of the U.S. Public Health Service. She admits that when she started in the STEM field, she had a hard time finding her place. But she went on to attain a successful career in epidemiology by focusing on where her skills could shine brightest. She offers this advice to other women considering STEM: “There are many flavors of math and science, so find the one that is best for you. What’s the best blend of analytical and people work? What values fit you and what you want to do?”

No matter what your interest is, there is a way to pursue it. That’s true even if the desired field is traditionally dominated by men. After all, it was only by focusing on what they had to offer, rather than what society said they might achieve, that the females highlighted in Women’s National History Month were able to change the face of government for the better.

Look, there is nothing wrong with telling women that they “Are likely to make a lot more progress by focusing on the qualities and skills that their ideal field requires.” But to suggest that if my name was Frankie instead of Frank that it would be “easy to see my gender as a clear marker of my potential,” is pure sexist. If being a woman suggests potential, what does being a man in the workplace suggest? I hope it is not something negative as I would not like to feel that people were looking at me with hostility at work, because I am a man. Why not just encourage people to increase their knowledge, skills and capabilities in their chosen field as a way of advancing their careers, regardless of gender? Or if we just cannot do that in this day and age, when is Men’s History Month?

I don’t think she was trying to say that being a woman suggests potential. I think what the author meant by that “clear marker…” statement was that it is easy, as a woman, to see my potential in government fields in which I already see a lot of women working. Though the workplace is more inclusive, it’s still common to see many women working as Nurses, Secretaries, Executive Assistants, or Teachers for instance (fine careers if you’re suited to them and would enjoy the work). This could easily be seen as a “clear marker for my potential in those fields” if I see women working in in them, and I can see similarities between myself and those women.
I think what she was encouraging me to do is not just look at the ‘lay of the land’, so to speak, but look at myself and my skills and find the best field for them. In essence, she was agreeing with you and warning against navigating career choices based on gender. It may be hard to believe, but there are some women who would never have aspired to becoming a 4 star Admiral in the Navy due to perceived (maybe actual) barriers based on gender, until Admiral Michelle Howard became one.
Also, I think you bring up a good point. Sometimes in an effort to promote, praise, or edify a group, others are left out or generalized and negatively portrayed. I do not think that is what is happening here, or the point of Women’s History Month. Do you feel underserved as a man in light of all of the programs and initiatives to increase gender equality? Do you feel these things are not necessary, or do you genuinely believe there should be a Men’s History Month? I ask because though I can sympathize with you, I am not a man and have not shared all of your experiences.

Thanks for that reminder, Hannah. I think that statement sums up my career!

How Can Digital Government Connect Citizens Without Leaving the Disconnected Behind? Part 1