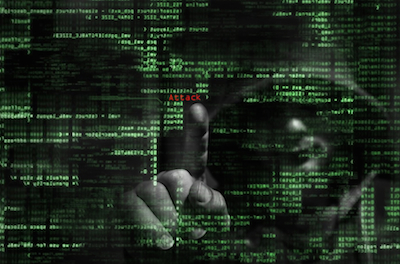 Cybersecurity dialogues often talk about threats and breaches stemming from hackers, terrorists, and cyber-criminals. However, there are significant threats that come from individuals who are closer than you think – maybe even the person you sit next to at the office.

So, what did LaPoint and his team find?

Somewhat surprisingly, insider threats are being seen as more and more of an issue in the government. According to LaPoint, this may have to do with media phenomenon surrounding the Snowden leak in the summer of 2013, which opened up the concept of the insider threat to the public conversation. The survey found that 53% of federal IT professionals agreed that careless and untrained insiders were the biggest threat to cybersecurity – which is highly notable because that’s an increase of 42% from the same survey results of last year.

“It seemed to have sort of flip-flopped,” LaPoint said. “Last year when we did the survey, the focus was around external threats or external hackers, and that was the number one last year, and this year the focus seems to be around careless and untrained insiders as one of the greatest sources of security threats.”

It’s important here to note that not all insider threats are deliberate. The survey found that a full 57% of respondents said that breaches caused by accident could be as damaging or more damaging than those caused by insiders who are actually looking to do harm. Negligent employees are a form of insider threats, too. “There are so many people, particularly younger, who view security as an interference, and also have some skills to successfully work around those security protocols,” he explained.

Additionally, the survey found that federal IT professionals see budgets as less of a barrier to cybersecurity than they did last year, according to LaPoint. Again, this probably has to do with the heightened attention around cybersecurity, which has paved the way for more resources to be allocated towards this issue in the federal space.

However, most of the budget attention still addresses the external threat over the internal threat, according to LaPoint. “There needs to be more focus on thinking about the problem holistically and looking specifically at the insider threat,” he said. “Whether it be careless or untrained insiders or malicious insiders, there needs to be more thought in terms of the capabilities that are required to solve for the whole problem. I think that there is a way to kill two birds with one stone in terms of addressing external threats, malicious insiders, and careless and untrained insiders all with a common set of technology. But it just has to be thoughtful in the way that it’s rolled out.”

In general, LaPoint thinks that the survey suggests that awareness of the gravity of the insider threat has vastly improved. But that knowledge still needs to be applied. “Knowing is half the battle. But then what are you doing to address it?”

So, following the results of the survey and LaPoint’s advice, it’s time to turn our attention inwards as we work on cybersecurity in the government. Trust no one!