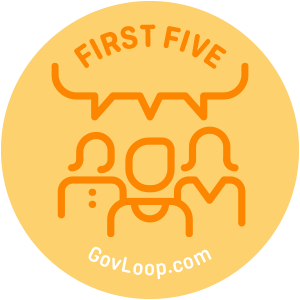 In 2017, 81 percent of people in the United States reported having a social media account. Businesses have been quick to use social media to attract clients and advertise services, and some people have built careers from the ground up using only social media platforms. However, a lot of government agencies have yet to tap into their full social media potential.

Millennials are 2.5 times more likely to be early adapters to technology and are, by far, the biggest consumers of social media. However, what truly separates them from Baby Boomers and Generation X is their understanding of social media as a means of outreach, customer service and advertising. This special knowledge has proven to be useful for government agencies and elected officials alike. If you’re a millennial, or simply knowledgeable about leveraging social media, here are a few ways your social media savviness can help your organization.

Increased social media interaction from agencies and elected officials can allow constituents to communicate with public servants more often and in real time. Instead of sending emails and phone calls that may never see a reply, citizens may feel more connected to government if they had another way to reach out with small questions and concerns.

Some millennials who are elected officials use social media features like Facebook live to communicate with constituents. While in-person events like town halls and hearings may not be well attended by citizens, Facebook live make the events accessible to anyone with a social media account. Since they are low-commitment, they are more likely to be attended by the masses. Similarly, state and local agencies often use twitter to respond to constituent requests and questions.  Not only is the method of communication efficient, but the live social media interaction feel more personal than delayed, automated email responses.

The fact of the matter is, people dislike mass messages and spam. Nowadays, paper mail from agencies are thrown out right away and emails with generic subject lines are moved to trash unopened. Instead of sending people messages and alerts they’ll never read, agencies can move the outreach efforts to websites that people already frequent. Thirty percent of people’s time online is spent on social media, which makes it the best place to promote causes or create movements surrounding new ideas.

For instance, many agencies have Twitter or Facebook accounts that give live updates on events, agency news and emergencies. Social media announcements can reach more people with one post than an organization can reach with a mass email.

Where do millennials come in? Government’s social media presence already has a bad reputation. Given the amount of time millennials spend on social media, they are more likely to know the dos and don’ts of communicating with the public via social platforms. Jobs like “social media manager” are largely filled by millennials for a reason.

In 2015, millennials beat out baby boomers and became the largest segment of the U.S. population. However, they also have a low overall trust of government and media, as well as the lowest voter turnout of any generational group. People have already expressed that when the government does use social media, it is not always in a way that is digestible or engaging. Since millennials use social media in the highest capacity, they may be the key to bridging the gap between government and the younger generations.

Millennials seek updated technologies and manners of communication in the workplace, and the public sector has certainly struggled to keep up with the times. Millennial participation in government is the lowest it’s been in decades and, while social media is just one of many things the public sector should update, changes in correspondence and social media presence can attract more millennials to an organization.

No one understands what younger generations are looking for more than millennials themselves. If your organization is looking for some fresh talent and ideas, you can employ your understanding of changes in social media usage and patterns to assist with the dissemination of job posts and to increase your organization’s positive social media presence.

The more proof you show that social media is the way to go, the more your organization will start to recognize that change isn’t always so bad, especially if it yields positive results.

Great post! While government agencies are increasing their use of social media, I think it’s important they maintain phone and in-person options too for older constituents, and even younger ones, that prefer to engage via traditional channels.

I think this post not only brings awareness to social media usage in government, but also what kind of social media platform you’re trying to use which will likely differ depending on the agency.

Can AI and Chatbots Really Revolutionize the Citizen Experience?