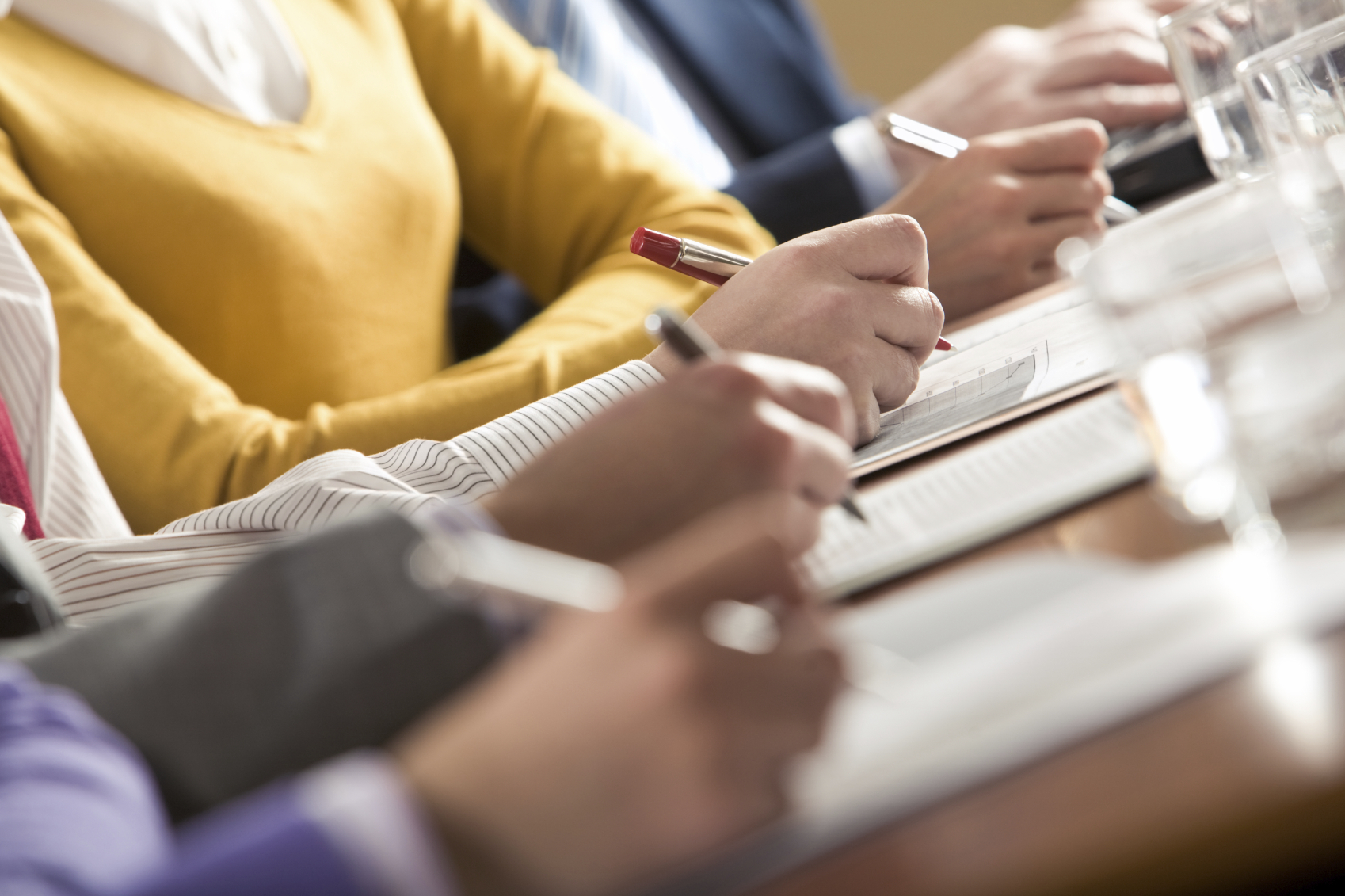 As we’ve said in earlier GovFem posts, professional women benefit from having a strong network, increased training opportunities, and a forum to discuss their specific career needs. But, in this ever-changing, fast-paced microwave society, it can be challenging to reach these objectives, especially because today’s woman is expected to simultaneously focus on the day-to-day demands of everyday life.

Recognizing this difficulty, Federally Employed Women (FEW) dedicates a week each year to allowing women a break from their day-to-day routine to focus on building their professional careers while exploring their personal goals. This one week is called, the National Training Program (NTP).

As Chairwoman of the NTP, Karen Rainey, described, “The National Training Program is a week of career-enhancing sessions, focused on providing new career opportunities, education, and leadership development tools. It covers a multitude of positions, and it is developed with government employees specifically in mind.”

We sat down with Rainey to hear how she became involved in the program and the value it can offer other women in government.

Becoming Part of FEW
The NTP was actually Rainey’s first experience with FEW. She recalled, “It was always important for me to help women become represented in government. So I attended FEW’s national training program. What impressed me so much was the caliber of women at the training and the different types of training offered.”

Rainey was amazed to see so many professional women interacting with each other, sharing their knowledge, and developing and mentoring other women on the spot. “I was so impressed that I immediately wanted to be part of it,” she said.

After attending the NTP in 2012, Rainey became involved with the organization by serving on its IT committee, and eventually taking on the IT Webmaster position for FEW. Then, in 2014, she decided to pursue a more active and visible role with the NTP. “I decided in 2014 to run for the National Training Program Chair. I felt that my previous experiences at NTP had been so encouraging that I wanted to actually chair the position,” she said.

Learning from Others
What inspired Rainey originally —exposure to awesome colleagues and exceptional training—remains at the core of NTP today.

“It’s not just a conference. It’s a training program where you’ll get a many invaluable things,” said Rainey. “You’ll be exposed to professional women from all over the world and networking with higher-graded field experts who can help you make better decisions and offer new skills.”

The NTP offers a unique opportunity to learn from other trailblazers in the government sector, both through formal sessions and informal networking. It also provides skills-based training by subject matter experts on topics including contrast administration, public speaking, managerial effectiveness, and career planning.

Each training session is mapped to OPM’s Senior Executive Service Core Qualifications. As an added benefit, attendees can register for the Special Emphasis Program Manager’s Certification courses without incurring additional cost for the certification.

Training for Life Inside and Outside the Workplace
The NTP’s curriculum goes beyond focusing on workplace skills alone. “We help you professionally and personally,” Rainey said. “That’s important because we are more than just our careers. In other conferences, it may just be about a particular course of study for learning a specific skill.” But Rainey explained, “We try to enhance our attendee’s overall life.”

Multiple NTP courses focus on life skills. For instance, attendees can participate in classes on personal financial planning or learns tips for better adapting to change.

“These days, our careers are more strenuous,” Rainey said.“We have more duties, especially with budget cuts and different initiatives. These impact not only our work life, but it’s also impacting our home life. We try to provide tools to be able to adjust to those changes.”

Each day, attendees are offered a wide selection of potential courses, which they can mix and match to suit their specific career and personal goals. “At the organization, we think of training as an opportunity to excel one’s self,” Rainey explained. “Each one of us has our own path, so to me the journey of excellence is describing one’s own actions to become successful in what they want to achieve, and to continually improve on those goals.”

Getting Started
Your journey to excellence starts by joining others at the NTP. “All I can say is once you decide to work with Federally Employed Women on an level—locally, regionally, or nationally—it becomes like family,” Rainey said. “It teaches you that we are much stronger together than we can ever be apart.”

Rainey hopes to expand that family at this year’s NTP, which will be held July 13-16 in New Orleans. For more information, including registration details, check out Federally Employed Women’s NTP event website. You can also email Karen Rainey directly with any questions at [email protected].

[…] remember, we spoke with Karen Rainey and Michelle Crockett in previous GovFem articles (see this article and this article) about how and why they got involved in Federally Employed Women (FEW), an […]

The Hurdles to Success in Government