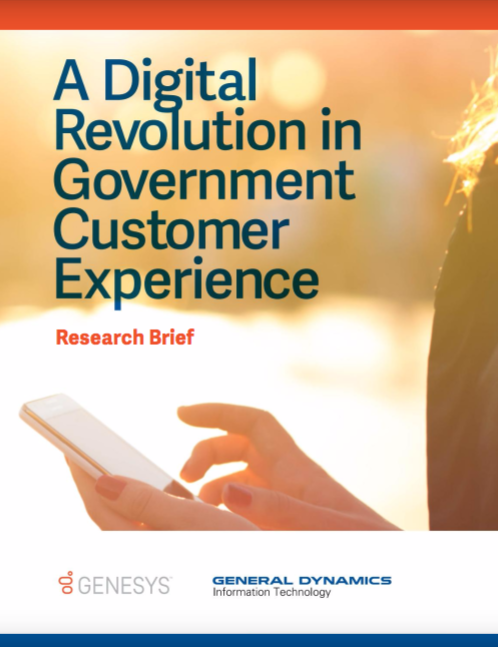 Most of the interactions federal agencies have with citizens don’t make national news. We typically don’t hear how easy it is to navigate a government website, request information or sign up for a service, unless that interaction goes awry.

Just because we don’t hear about all the positive experiences, however, doesn’t mean there aren’t countless examples. In fact, citizen satisfaction with federal government services saw a 6.4 percent increase in 2016, jumping from 63.9 to 68 on a 100-point scale, according to the most recent ACSI Federal Government Report. This is the highest ACSI government satisfaction score since 2012.

But government’s work is far from over. Improving the customer experience (CX) is an ongoing effort that evolves as citizens’ needs change, and agencies must be prepared to quickly adapt to meet those needs.

In an April 2017 Office of Management and Budget memo, agencies were directed to rethink “how the federal government can deliver services to its customers, and evaluate options on both cost and quality dimensions.” For agencies, technology will play a key role in making those improvements.

To learn how agencies are prioritizing CX and what they’re doing to make it better, GovLoop partnered with Genesys and General Dynamics IT, both experts in navigating the CX landscape, on this research brief.

In this report, we explore what technologies agencies are investing in to improve CX and how those investments will benefit them internally, as well as the customers they serve. You’ll also hear from experts Megan Eunpu, Government Account Executive at Genesys, and Victor Janey, Program Manager at General Dynamics IT, on how agencies can enhance their CX efforts.