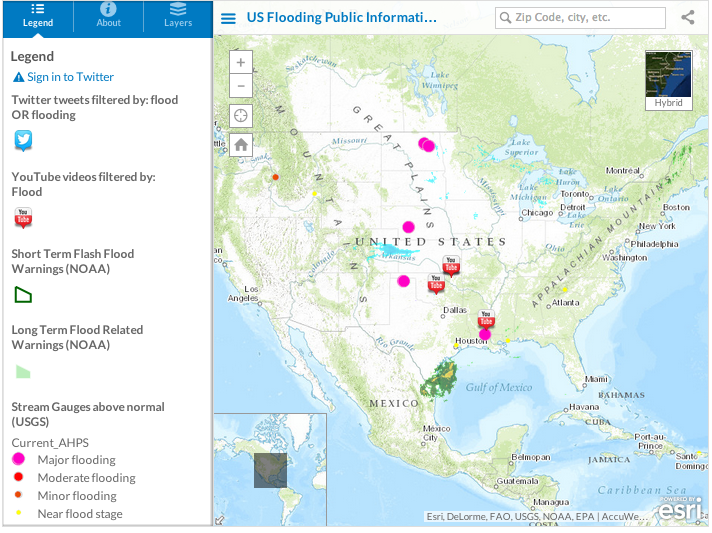 Recently GovLoop spoke with Mike Lockwitz, creator of Flood Forecast – one of Esri’s Climate App Challenge Winners. The app was created in response to the severe flooding in Boulder, Colorado in 2013. The app was developed during a 24-hour hackathon. The app sends users a notification when your property is in imminment danger of flooding. The entire app is running using SMS text messaging. Using SMS text messaging allows everyone to use the system, not just smartphone users.

“We had a lot of friends and family that were living in Boulder who were affected by the floods. We wanted to do something to help give back to the community. Since we are all programmers we don’t really want to go up and shovel mud. But we knew there was a way using code to make an impact on the community. We created a flood alert system that pulls in NOAA data. The NOAA information shows which areas are under a flood advisory very broadly. Sometimes a whole state can be under a flood advisory. To be more accurate, we combined the NOAA flood information with the FEMA flood plane,” Mike Lockwitz, creator of Flood Forecast.

For more information on GIS, visit our GIS Resources Hub.