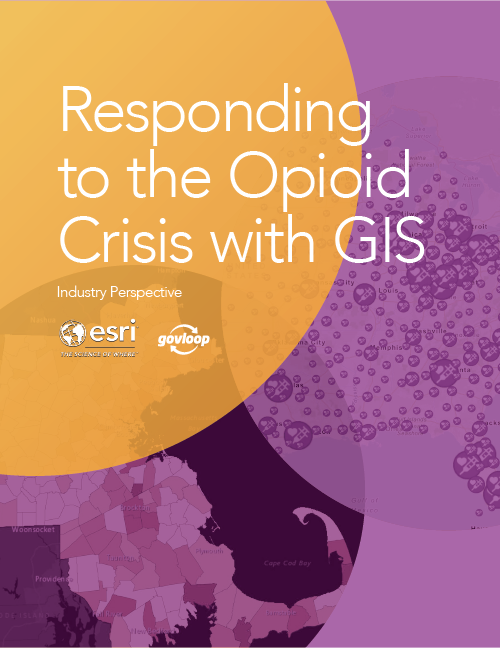 Many government agencies are turning to GIS to map, track and understand the scope of the opioid epidemic in local communities.

It’s clear why government needs a new approach. Today, an average of 100 Americans die each day from opioid overdoses.

That’s led the federal government to declare the opioid crisis a public health emergency. State and local governments are also taking action to raise awareness around and combat the issue of opioid addiction. Health and safety agencies are dedicating resources to providing education, prevention and treatment options in their communities.

But more must be done to effectively combat the rising misuse of opioids. While one-off resources like prescription drop-off locations or naloxone-dispensing overdose reversal centers are a key first step, they must be strategically created in areas of need. What’s more, these resources must be deployed in concert with other resources that combat both the causes and symptoms of the opioid crisis.

Understanding the geography of the crisis in real time is critical to effectively deploying resources and quelling the escalation of problems. To learn more about the crisis, GovLoop partnered with Esri for this report about using GIS to tackle the opioid epidemic. This report was informed by interviews with state and local government leaders, as well as conversations with thought leaders from Esri.

Read this industry perspective to understand how a location-focused approach can help public health, human services, and safety organizations understand and combat the opioid crisis in their communities. We’ll explain the use-cases for GIS as well as provide examples of how location-based strategies are already being used to quell the opioid epidemic.