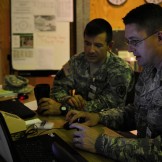 Take a backseat, weather – cybersecurity breaches are taking over headline news. From the Sony Pictures hack to the IRS data leak, these breaches are a growing concern to the private and public sector alike. According to a 2014 CNN report, cyber attacks involving government agencies increased a staggering 35 percent between 2010 and 2013.Read… Read more »