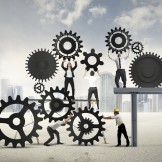 On August 21st, 2013 Syrian President Bashar al-Assad carried out an attacked that killed more than 1,400 Syrian civilians with sarin-a chemical weapon used as a nerve agent. In the wake of the attack, a worldwide call for action was launched to get rid of the chemical weapons stockpile. Timothy Blades, Director of Operations atRead… Read more »