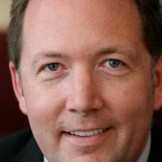 Hey there. I’m Christopher Dorobek — the DorobekINSIDER — and welcome GovLoop’s DorobekINSIDER, where we focus on six words: Helping you do your job better. Happy Friday… And the big news on this Friday — the federal CIO, Steven VanRoekel, is stepping down from that post to return to U.S. Agency for International Development toRead… Read more »

Posted originally on Federal Technology Insider. Earlier this month, President Obama submitted the annual budget for fiscal year 2014 to Congress. Despite much discussion on federal spending cuts, the Obama administration requested a $2 billion increase in federal IT spending. According to Steve VanRokel, federal CIO, the key takeaway is that investment in IT willRead… Read more »