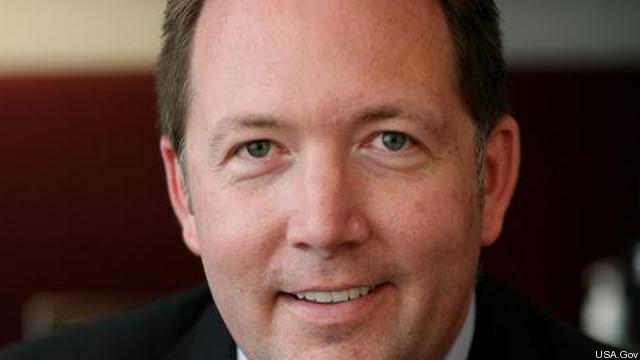 Hey there. I’m Christopher Dorobek — the DorobekINSIDER — and welcome GovLoop’s DorobekINSIDER, where we focus on six words: Helping you do your job better.

And the big news on this Friday — the federal CIO, Steven VanRoekel, is stepping down from that post to return to U.S. Agency for International Development to help in the fight against Ebola.

Politico broke the story on Friday morning — kudos — and he confirmed on his Twitter feed.

Just Announced: I will be joining @USAID to help with the #EbolaResponse as Chief Innovation Officer – http://t.co/Ox2lYKWDw3

VanRoekel starts at USAID on Monday.

I have linked to some of the stories about the departure below.

The surprise departure raises some important questions… not the least of which is — What will this mean for federal IT?

The assessments on VanRoekel’s tenure will be fleshed out in the days ahead but the general take has been… ‘whatever.’ There have been many in government IT who wondered if VanRoekel even wanted this job — a post that many dream of having. And, of course, we all remember the somewhat harsh assessment by PR maven Steve O’Keefe, who branded VanRoekel as a narcoleptic.

The consensus assessment is that VanRoekel just didn’t really care — and some insiders even believe that what he really wanted was to be OMB’s deputy director of management. Perhaps the most significant question: What will be VanRoekel mark coming from his three-year tenure?

The other big question: What will this mean to federal IT? The two top tech posts in the White House will have new people — former CTO Todd Park recently returned to California and the White House recently named former Google exec Megan Smith to that post… while VanRoekel’s duties will be assumed by his deputy, Lisa Schlosser.

VanRoekel issued a statement that seeks to define his own tenure (via Federal News Radio) :

“When taking the job of U.S. chief information officer, my goal was to help move federal IT forward into the 21st Century and to bring technology and innovation to bear to improve IT effectiveness and efficiency. I am proud of the work and the legacy we will leave behind, from launching PortfolioStat to drive a new approach to IT management, the government’s landmark open data policy to drive economic value, the work we did to shape the mobile ecosystem and cloud computing, and the culmination of our work in the launch of the new Digital Service, we have made incredible strides that will benefit Americans today and into the future,” VanRoekel said in a statement. “So it is with that same spirit of bringing innovation and technology to bear to solve our most difficult problems, that I am excited to join USAID’s leadership to help stop the Ebola outbreak. Technology is not the solution to this extremely difficult task but it will be a part of the solution and I look forward to partnering with our federal agencies, non-profit organizations and private sector tech communities to help accelerate this effort.”

More broadly, does the Obama administration care about governance and government management? The President has the President’s Management Agenda — a PDF from the FY2015 budget — which he only discussed last year. But this agenda doesn’t seem to drive budgets or agency decisions. The Obama management agenda is so opaque, it is virtually un-Googleable.

This seems like an opportunity for OMB’s deputy director for management Beth Cobert, a McKinsey alum, to move forward in some way.

And finally, there is a somewhat fun parlor game question: What’s the real story? The departure of Park and VanRoekel follows one of the most visible government IT disasters: HealthCare.gov. And while Park and VanRoekel were called to Capitol Hill to answer for the failures, they were widely chided for, as Federal News Radio put it at the time, shirking responsibility.

Some of the coverage:

We know weekend time is precious, so we try to pull some stories throughout the week that are worth your time… and may just plant a seed for new ideas…

This week on GovLoop’s DorobekINSIDER:

4 Reasons You Need to Market with Data

Getting the Most Out of a Gov Career