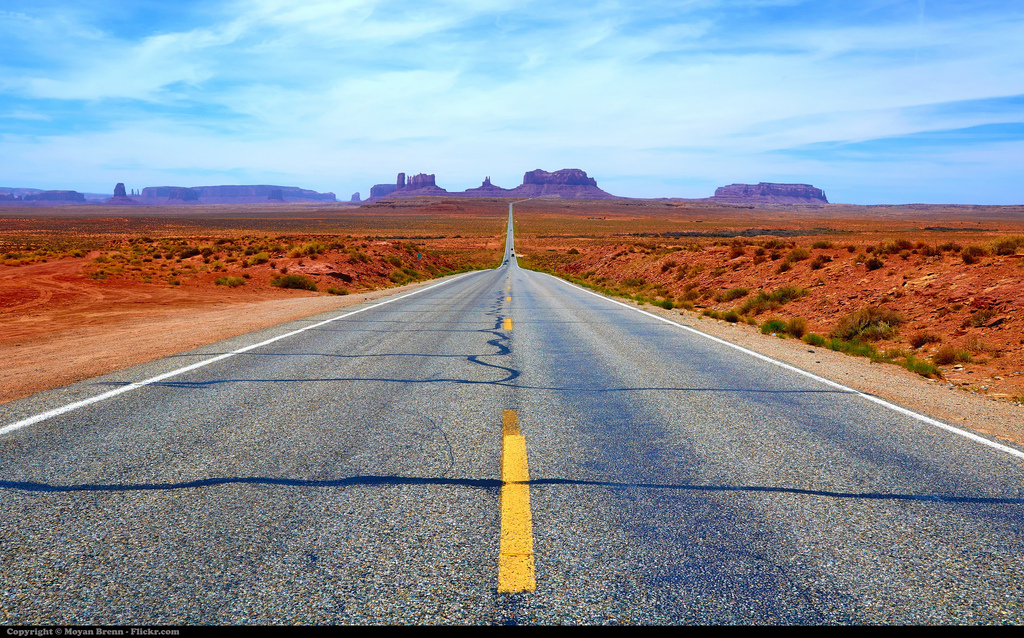 “Brodie’s commitment to public service is tireless and infectious, and he inspires everyone he works with. His motto is ‘don’t tell me you can’t do it; work with me to get it done.’ He’s a very special civil servant whose efforts often fail to be recognized due to competing missions within his agency. However, Brodie’s work and efforts have substantial positive impact on US taxpayers and deserve recognition and distinction.” – Nominator of Mack for NextGen Silent Hero Award.

Brodie Mack Jr. works for an agency that most people have not heard of – the Federal Motor Carrier Safety Administration (FMCSA). He has worked for the agency for nine years and is currently the team leader for the Household Goods Compliance and Enforcement Team, part of the Commercial Enforcement and Investigations Division in FMCSA.

“We are to trucks and busses what the FAA is to airplanes and airlines. We regulate them and keep people safe while trying to reduce crashes. We also fight for people who are victimized by rogue movers,” Mack said.

Mack works with other government agencies and private industry to educate the public and share best practices for combatting moving fraud. For example, he assists with the development and evolution of ProjectYourMove.gov, where consumers can obtain information about prospective movers.

“What we learned from the website is that one of the best ways to prevent people from rogue movers is to educate them about indicators to look for when considering movers,” Mack said. “We also allow people to share their stories on the website by allowing victims to make videos about their bad experiences. We then offer tips on how to detect when you’re dealing with a rogue mover. Another part of the website lets you file a complaint so we can offer recourse for people who have been harmed.”

The Silent Hero
True to the character of the Silent Hero Award, Mack carries an air of humility in the work he does. The lack of recognition of FMCSA does not seem to bother him. “Most people have never even heard of us. But I like to think that means we do our job very well. We get the job done and people can just take it for granted,” he said.

The job can be difficult at times and requires calm in the face of catastrophic vehicle collisions. Mack was formerly a member of the New York State Police, serving 23 years. During his tenure, he worked across the state in rural patrol, traffic safety, accident investigation, motor carrier enforcement, and criminal investigation. “I saw firsthand what truck and bus crashes could do and it was horrific. After that, you get a passion for trying to keep people safe,” Mack said.

His nominator shared a touching story demonstrating how the little agency has a tremendous impact. “A woman sent family heirlooms to her son overseas, but her son passed away without receiving any of the goods. By working with FMCSA and local officials, Mack’s efforts helped lead the return of this woman’s goods,” he said.

Mack said for reasons like this, his work gives him a great sense of personal satisfaction. “People come to us because they have nowhere else to turn. They come to us in tears because they’re so upset and they tell us ‘you have to help me. You’re my only hope.’ We do the best we can with what very little we have. And when we have a victory-reuniting someone with their property- it’s a big deal.”

Leadership Motto and Advice
Mack says his strategy to get the job done is to bring in others to overcome challenges. “I try to build a coalition of people that can make a difference,” he said. “Then I try to inspire them to make that difference by pointing out the importance of the mission.”

His advice to his self of ten years ago is to focus more on writing skills and languages. “I never realized how much writing I’d do in this job. I also work with so many different cultures and I’ve actually had to take time to study those cultures in order to overcome challenges. I would love to be able to speak different languages.”

As to why Mack is a public servant, he said, “I believe in what I do, I believe in the mission of the strategy, and I believe that I can make a difference.”

Identity at Risk? Here’s What to Do

Helping Those Who Can’t Help Themselves