Location data can help any community take its services to the next level, according to two experts on urban development.

“In government, location is in everything we do,” Christopher Thomas, Director of Government Markets at Esri, said during GovLoop’s online training on Thursday. Esri is a geographic information system (GIS) software provider. GIS software captures, stores, manages and presents geographic data.

Thomas was discussing smart communities, or communities that use internet of things (IoT) sensors to make sense of their information. IoT networks are comprised of all devices that can collect, store and share data.

“It’s really about improving the lives of our citizens through technology,” he said of smart communities. “Smart cities are a journey. It’s not something you just delve into and you drop a couple applications in and you’re done.”

Nick O’Day said he agrees with Thomas because of his tenure as chief data officer (CDO) in Johns Creek, Georgia.

O’Day said that Johns Creek was incorporated in 2006, immediately inheriting three fire stations from a neighboring community. The community’s origins, he continued, led it to ultimately improve its public safety with GIS.

“There was a big area where we realized they were experiencing a pretty slow response time,” he said of citizens needing firefighters. “Slow was anything at or above ten minutes. We knew we needed another fire station, we just didn’t know the best location.”

According to O’Day, Johns Creek used data about where its firefighters were responding to its citizens the slowest to select the prime location for a new station.

“It’s a really powerful tool to be able to pull this real live data in and be more proactive rather than reactive,” he said of GIS.

O’Day added that Johns Creek also had public safety concerns about the nearby Chattahoochee River, which sits on the community’s southern border and part of its eastern one too. Using GIS, Johns Creek mapped potential river hazards for citizens.

“We have some bridges that are substantially older than others,” he said as an example of what Johns Creek’s water-level GIS sensors mapped. “They sit a lot lower and closer to the water. When we have a lot of flooding, it can create conditions that are unsafe for cars traveling across them.”

First, Thomas said that communities should factor GIS into their planning and engineering for concerns such as economic growth.

Next, he continued, communities should consider how GIS can improve their operational efficiency and deliver public services better.

Finally, he concluded, communities should utilize GIS to better connect with their citizens through civic inclusion.

“What do they do with all this information?” Thomas asked of smart communities. “They target it to their problems. If you look at smart [communities], it’s kind of like the first city who put in traffic signals. We put in a device and began to look at people’s reactions to it.”

O’Day then recommended that communities embracing GIS for the first time start small to reap the technology’s benefits.

“Try something,” he urged. “You’ll be surprised how much impact you can have with a simple project. You don’t have to do a gigantic open-data portal. Just get something moving to get some traction.” 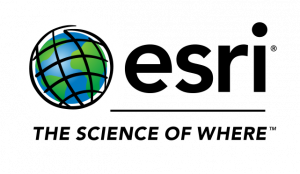 This Agency Saved Data and Reduced Costs by Modernizing its Storage

The Cyberthreats Keeping Top Feds Up at Night