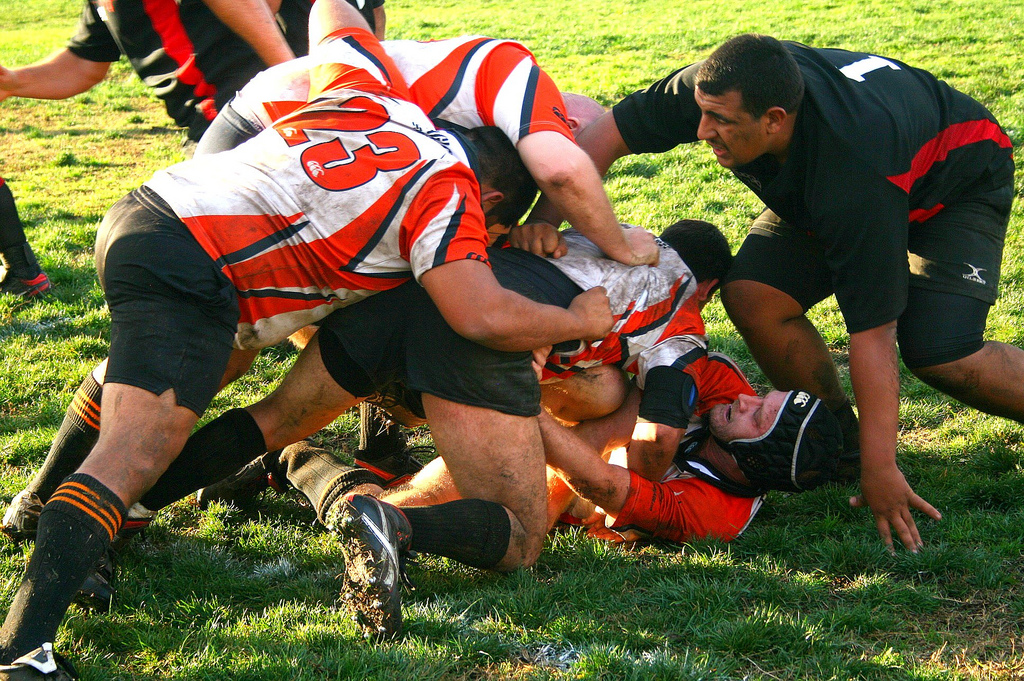 The Tech Loop is a weekly compilation of the latest happenings in government technology gathered from around the web. This week’s topics include cybersecurity, digital services, and big data.

Love is in the air. Everybody wants some Silicon Valley love. A week after DoD announced it would open an office in the Valley, the Air Force is now doing the same. The new Air Force cell will complement the Pentagon office there.

CIA Director John Brennan is also looking to up the ante with tech, with a new Directorate of Digital Innovation and ten mission centers that will form the backbone of a revitalized CIA. This is the largest reorganization of the agency in its 68-year history.

Meanwhile, the Navy’s new cyber strategy is prioritizing threats. One of the goals driving the new five-year strategy from U.S. Fleet Cyber Command is to “understand how successful we are being in prioritizing the most important threats that are coming at us and being able to respond with a sense of urgency,” said Vice Adm. Jan Tighe.

President Obama also picked Gen. Joseph Dunford to chair the Joint Chiefs of Staff. Dunford is expected to pay considerable attention to cybersecurity and other IT issues. In January, he issued guidance calling for the Marine Corps to use offensive and defensive capabilities in cyberspace, and said that doing so required a plan to integrate cyber-specialist Marines into fighting forces, wrote FCW.

As has been made clear, especially with the recent Sony hacks, cyber is a pressing issue. No department knows this better than Veteran Affairs, who blocked more than a billion instance of malicious code and nearly 358 million network intrusion attempts just last month! With threats growing at such a scale, official worry the agency may eventually be overwhelmed.

This could get ugly. Federal Chief Information Officer (CIO) Tony Scott recently called federal IT a “contact sport.” He signed off on long-awaited guidelines Thursday boosting the power government CIOs can exercise when it comes to their agencies’ IT budgets. Scott said the guidance isn’t about ramping up CIO authority, as much as it is rationalizing agency processes to accommodate the integral role of technology in government operations.

Similarly, the Office of Personnel Management (OPM) has authorized the use of excepted-service appointments for the hiring of digital services staff in support of the President’s Management Agenda’s Smarter IT Delivery Initiative. At the same time, the Office of Management and Budget (OMB) is looking for new ways to modernize shared service centers’ aging IT. Consolidation of agencies’ payroll administrations was initially a success story, but is now struggling with funding to buy much-needed tech upgrades.

And if gov really wants to be ambitious about digital service-centered government, this govie wants the federal government to be more like Disney World!

Data in-demand. The possibilities are seemingly endless for data science, DJ Patil, the White House chief data scientist, explained during a speech. Regarding the Centers for Medicare and Medicaid Services’ (CMS) recent release of a massive data set, Patil said: “I am convinced we are going to learn so much that we’re going to be able to translate directly into operational impact.” Also, Patil humbly explained how he was able to get to where he is today.

NASA provides an example of the seemingly endless possibilities of data. The agency is compiling and coordinating satellite imaging data and sending portable ground-based imaging technologies to rescuers in Nepal sifting through the devastation from the recent massive earthquake. The data gathered by satellite will be used to create risk models and assess infrastructure damage and can also be used to see into remote areas where landslides, river damming and avalanches might complicate recovery efforts, reported FCW. Here are six other big data projects to aid disaster response.

Big data and analytics may even be able to help prevent suicide in the Army, an increasingly prevalent problem.

Nonetheless, govies are still having some trouble getting a handle on all this data, according to a new survey from MeriTalk and Splunk. This holds especially true for keeping that data secure.

To move past these barriers, here are five ways to turn big data into better government, and six questions to ask before any big data migration. If you’re still having some trouble, trying decoding big data buzzwords. Hopefully with continuous improvement and collaboration, govies can deliver on the promise of big data.

Get your (verified) social media game on with Facebook’s new verified government pages.

Check out this new approach to measuring the impact of open data.

Why you need to make your agency’s cloud fit like a nice suit.

How do you get the biggest benefits from 3D printing? Think small.

EPA is leading the war on lead with GIS.

What Moneyball Can Teach Us About Legacy IT