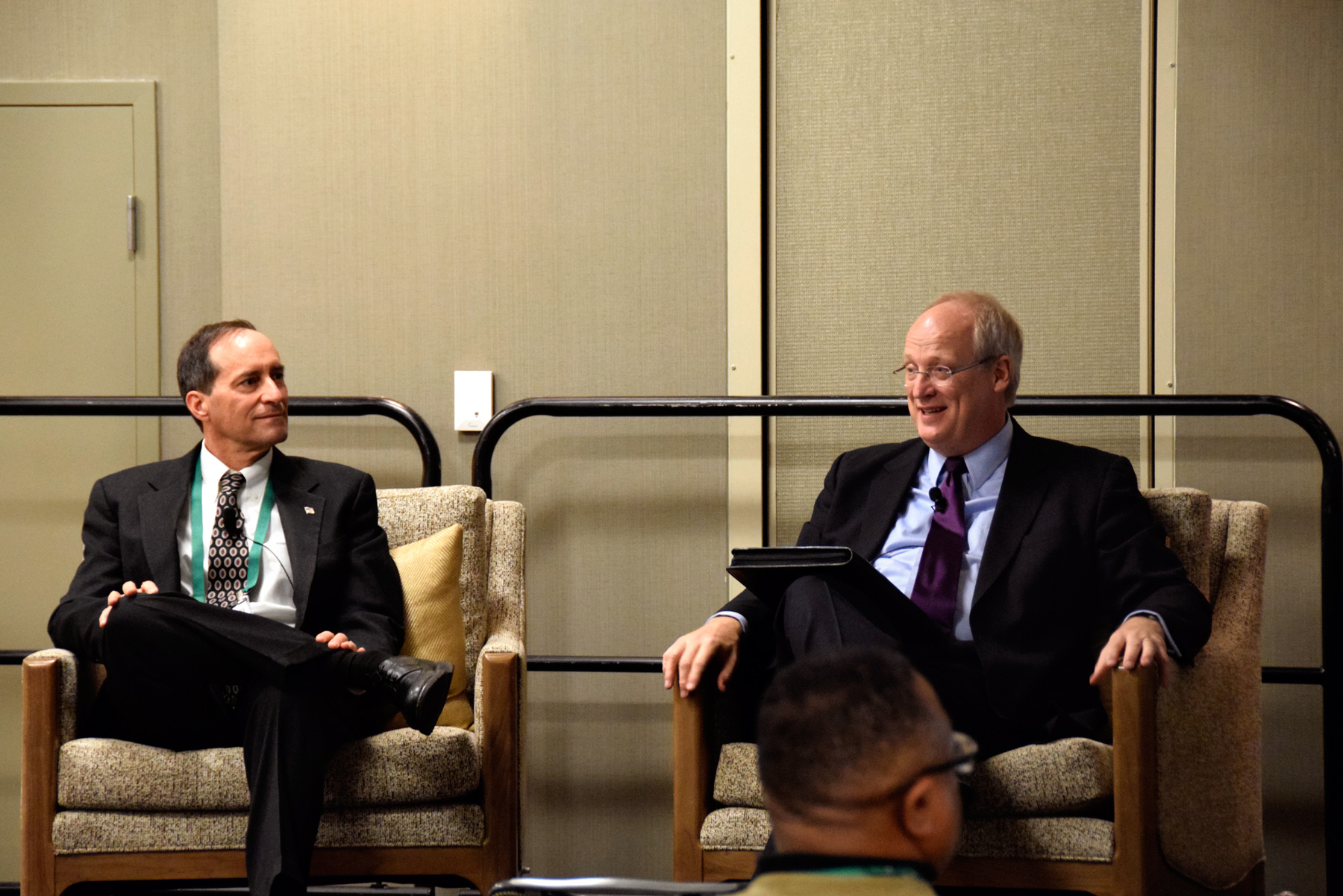 At our event, Buying the Cloud – Procurement Made Easy, we heard from a number of experts about how current acquisitions processes, forms, and procedures impede agencies from effectively procuring cloud models. Some argued they weren’t flexible enough to fit new service models. Others said they were not specific enough to individual agency needs, thus requiring significant modification to be minimally effective. However, two panelists challenged those assertions.

Dave Wennergren, current SVP of Technology at the Professional Services Council and former Assistant Deputy Chief Management Officer for the Department of Defense, began by asserting that, “Some challenges are about doing [acquisition] differently but a lot of people are simply not using the flexibilities currently available… Managed services and performance-based contracts are imminently doable, even in the Federal Acquisitions Regulations (FAR).”

If that’s the case, why aren’t agencies using FAR for effective cloud procurement? Wennegren and his co-panelist, Michael Fischetti, Executive Director of the National Contract Management Association, offered a number of reasons.

First, Wennergren said that many agencies, despite their focus on transitioning to cloud, aren’t investing in the knowledge acquisition necessary to successfully use current regulations. “Over 80 percent of a business system is usually focused on sustaining the old, rather than supporting the new,” he said. That’s problematic because, even if we’re using existing regulations, agencies must take the time to investigate how those regulations can be adapted to new scenarios.

Fischettii offered another potential reason. “The biggest issue is really internal bureaucracy. The impediment is within ourselves,” he said. He explained that many contractors frame cloud computing as a new challenge, when in reality it is just the newest occurrence in a longer trend of outsourcing services. Failing to frame cloud as a new manifestation of an old problem deters many from applying known solutions to the issue. As a result, agencies are creating what Fischetti calls “false obstacles” within the procurement and acquisition regulations.

Wennergren also brought up a third pitfall. There are two primary groups involved in government acquisition processes: contractors and program managers. Unfortunately, the priorities of these two groups are not congruent. Wennergren said innovation and speed take a backseat to more procedural considerations for contractors, while program management consider both attributes to be top priorities. This divergence in incentives causes significant problems, because neither group agrees on what the best outcome of a procurement process looks like. As a result, neither party is able to maximally leverage the process. In other words, it’s not the process but the people involved in the process that are mucking things up.

So, what’s the message we should take away from Fishetti’s and Wennegren’s comments? Should we just leave well-enough alone with current cloud procurement procedures, assuming they can get the job done? Not quite.

First off, both speakers agree that regulations could be improved for cloud acquisition. Thankfully, earlier in the event Mark Day of the General Services Administration asserted that his agency is dedicated to updating the FAR to match ideal cloud procurement strategies.

However, in the meantime, agencies should adapt the way they use current regulations. The first step is to reconsider what you’re trying to achieve through procurement. “Too often, we confuse who should do the work with what work should be done,” said Wennergren. In other words, “It’s not [which regulatory body] we ask for help, but how we ask for it.”

Instead of focusing on how regulations operate, focus on what your agency requires and then consider which current options might support that need.Wennergren said, “Start with the why. Then you can decide on the right, tailored approach to get you there.”

Fischetti and Wennergren both emphasized the wide range of contracts and regulations available for procurements. When agencies don’t take the time to pick the most appropriate avenue, problems arise. “The more modification you have to make, that’s more indicators that you might have chosen the wrong path,” said Fischetti.

Rather than focusing on the pitfalls of current regulations, federal agencies must reassess the way they use them. Focusing on what needs match which procurement avenues is the first step to successfully buying cloud today.