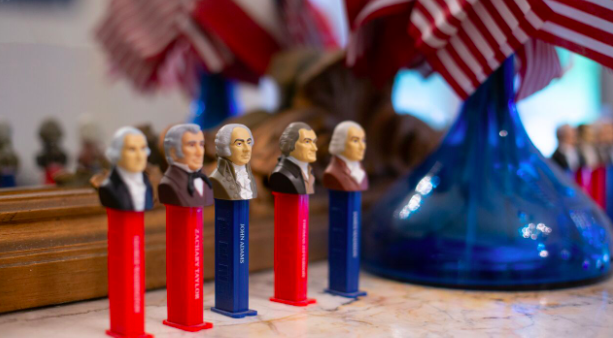 This is the final story in a three-part series profiling the United States Digital Service (USDS) and its team at the Homeland Security Department (DHS). Read parts one and two.

What if there was a safe space, an environment that encouraged employees to give honest feedback about projects — where they’re falling short and how they can be corrected.

This is the kind of atmosphere that the United States Digital Service (USDS) is working to instill within the cultural DNA of federal agencies, including the Defense (DoD), Veterans Affairs (VA) and Homeland Security (DHS) departments.

GovLoop recently sat down with leaders from DHS Digital Service to hear how the team has evolved, current projects underway and how they are gradually transforming the cultural norms, particularly when it comes to launching, developing and maintaining large-scale digital projects. There’s no shortage of watchdog reports and congressional hearings centered on the billions that have been wasted on failed government IT projects.

To help you break through the cultural barriers at your agency, we’ve highlighted these five tips from the digital experts at DHS.

1. Create air cover for your staff and listen to them.

At DHS, specifically, Executive Director of DHS Digital Service Stephanie Neill is intimately involved in selecting which projects the team will tackle and sees her role as creating the air cover for employees to test new concepts, make iterative changes and execute on those projects.

Andrew Miller, Director of Immigration Benefits Processing, added that the digital service team is working with DHS components to better understand the needs and pain points of people who regularly use mission systems and products. These are the types of known problems that can be proactively addressed before they become a bigger issue.

It helps that DHS Digital Services is uniquely positioned outside of the hierarchy at DHS, so the team can meet with engineers, designers, project managers in one setting and then meet with executives at the secretary level to share what is happening on the ground level. Oftentimes, it’s not DHS Digital Service that identifies a problem; it’s the people working on a project.

Neill’s recipe for buy-in among DHS officials has proven successful so far.

“You identify a major problem that everybody is feeling and seeing, and you fix it, and then they watch not only the fact that you fixed it, but also how you fixed it, or they participate with you in it,” Neill said. “And they see how fast things can turn around, and they want to keep that going.”

They want to adopt those processes, Neill added, “and just demonstrating new ways to work — bigger, faster results — it gets people excited about the work, and they want to do the same thing. And ultimately it has an effect across the board.”

The road to gaining leadership buy-in is not always an involved one. Sometimes it’s as simple as going through a discovery phase that provides clear directions on how to move forward. For DHS Digital Service, the team uses quick, tightly-scoped research opportunities to back-up its recommendations. For example, that may mean telling leadership that they don’t need blockchain or a chatbot to solve a specific problem, Miller said

He noted that this approach aligns with the values of USDS, one of which is “Find the truth. Tell the truth.” “Sometimes it’s not going to feel good to that stakeholder initially, but we’re giving them research-backed decisions that say, ‘You can go out and do that, but here is DHS Digital Services’ opinion. We don’t think you should do this, or this is what we think we should do instead.’”

3. Establish values and promulgate them.

Not every agency has a small army of digital experts from the private sector who can come in for a few years, work alongside employees to solve tough problems and speak freely without fear. 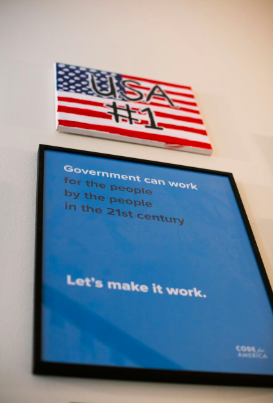 A poster at the United States Digital Service’s headquarters in Washington, D.C.

That’s why USDS headquarters is working to instill its values across government through efforts such as the Digital Service Playbook, which outlines 13 successful practices to help government build effective digital services.

“Our value system isn’t as well known, and we try to sort of bring it into the groups that we work with and try to get them to take them on as well and build it into the culture,” Neill said.

The idea of constantly iterating on a product or monitoring how new software is performing after it launches isn’t something that government has done particularly well. Liz Odar, Director of Asylum, recalled when the I-90 form used to renew or replace green cards was brought online to help speed up the process.

The project launched and attention quickly shifted to the next project. It wasn’t until a year later that DHS leadership reached out asking the team to figure out why process times hadn’t improved. Odar explained that although the form was online it was basically a digital copy of the paper form. She stressed that the set-it-and-forget-it mindset cannot work with government projects, especially those as dynamic as digital initiatives.

5. Know the value of design.

Unfortunately, there is no clear career track for designers in government, but their skills are needed. Having service and interaction designers, for example, can help the engineers and product owners more effectively solve problems, Miller said.

“We’re doing that in the contracting space. too,” he noted. “We come in, and we prove out concepts like design does work as a part of cross-functional teams. And so we prove that by being on the ground.”

At U.S. Citizenship and Immigration Services (USCIS), the team uses design to subjectively test whether a company can actually deliver software and if contractors know what they’re doing. The team has also used tech challenges to test companies’ design capabilities.

“The number one tactic that I think that a lot of government agencies could do is appointing design- background advisors or evaluators on those contract teams,” Miller said. Not enough agencies have design experts at the table who can tell if vendors know what they’re doing or are simply using the right jargon.