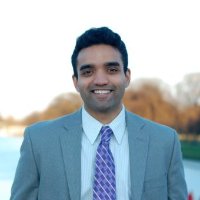 Have you ever been sitting in your cube when an idea strikes? You know the idea is brilliant (because duh!). The idea would save your agency time and money. It’s a win-win. Go you!

But you have a problem. Where do you share you idea? How do you build a coalition? How do you make sure your idea gets into the right hands? Taking a project from idea to solution is a tough and confusing road.

The Consumer Finance Protection Bureau faced a similar issue. They had ideas, just no mechanism to share them. So CFPB carved out a special team – the Internal Innovation Team – to create a platform and process for implementing new solutions. They called their platform Idea Box.

Monte Desai, Internal Innovation Team lead, told me during GovLoop’s Spotlight Interview that Idea Box was a great solution because CFPB is a primarily distributed workforce.

What makes Idea Box different from other platforms is the dedicated team surrounding the idea implementation. Idea Box has a group designed specifically to build coalitions around new ideas and navigate them through the process.

So how does Idea Box actually work? “You post your idea on the Idea Box platform. Then colleagues from across divisions and the country can see the idea,” explained Desai. “Colleagues can like an idea, comment on it, and can help you improve it. Collaboration helps develop the idea into a plan that can be implemented.”

The innovation team has broken down the ideas into three categories. Idea generation; incubation; and navigation.

The team uses these three categories to move an idea from a paragraph on an online platform to something that is actually implemented.

The first step is idea generation. “We will run some kind of communication plan internally to try to get people on the platform sharing their ideas,” said Desai. “These pushes might be focused around a specific topic. For example, the Office of Human Capital could have a specific question they want input on. We will run a campaign and gather a whole bunch of ideas.”

Second, “As those ideas move forward into incubation, the idea team takes the ideas and presents them to experts,” said Desai. “The experts help us determine if this idea can be implemented. What are some flaws in the ideas? What do we need to consider moving forward? The ideas are incubated until a plan is ready to be pitched to a decision maker.” Each idea is also scored for feasibility and impact. “There are going to be some ideas that are really feasible and relatively easy to implement, but they won’t have a lot of impact. Some ideas can go through the process in a matter of weeks; some would take a lot of time to implement,” said Desai.

To make sure the entire process stays at transparent as possible the Innovation Team is constantly updating the idea creator on the process.

“We are trying to be just transparent as possible, in a way that’s user friendly. You don’t want to be in a branch in Kansas somewhere wondering what happened to your idea. You want to know where the idea is in the process. That’s what we try to do with the human connection.”

The process is already paying off. One of the first ideas to go through the entire process was about printers. “People in the field saw that it took a long time to install printer drivers. Whenever they plugged in a new printer it would take 10 hours to install them. It didn’t really get much attention because it was such a minor issue. But it turned out after it was posted on Idea Box, that a lot a people liked it and commented. We were able to get a fix,” said Desai.

What Gov & Taylor Swift Have in Common

Traps to Avoid When Implementing Cloud