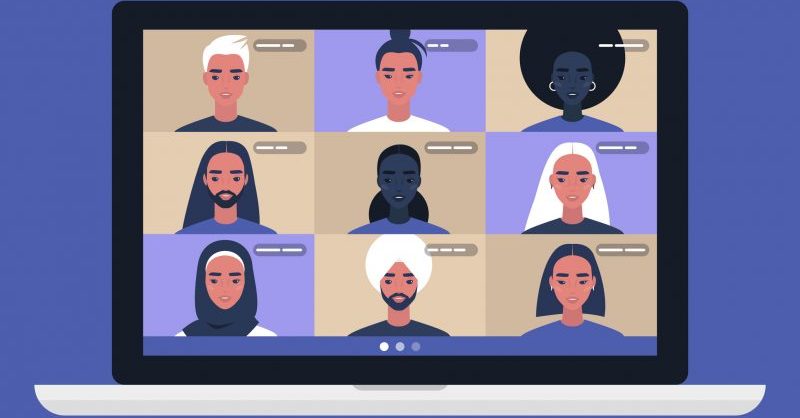 For many government agencies, the large-scale move to a remote work environment required a new way of thinking — along with new technologies and policies. That wasn’t the case for the General Services Administration (GSA), which provides agencies with centralized procurement of products, services and facilities. For many years, GSA has been one of the federal government’s leading advocates of telework, with a focus on providing employees with the tools they need to do their work securely at any time, from anywhere and using any device.

In April, amid the COVID-19 pandemic, GovLoop spoke with David Shive, Chief Information Officer at GSA, about what the agency has learned about supporting a distributed workforce.

What we’ve done is we’ve removed walls and cubicles and created open, collaborative workspaces. That doesn’t just mean the practitioners doing the tough work of GSA — that’s all the way up to the executive level. And that led to a collaborative culture in GSA where open communication in person, via email, via chat, via video, via all those mechanisms was just kind of the standard and the norm. So, when we switched over to the response to the national emergency, it wasn’t a big change for how we operated.

From a technology perspective, the challenge was finding the right tools. But this was not only a procurement issue.

We had to make sure that those tools were vetted, that they were secure, that they met the business needs of the agency and that employees were trained on how to not just use the tools, but to maximize the tools’ effectiveness. Again, the goal was to be able to do the hard work of GSA across all business domains from any location on any device both inside and outside the walls of GSA — and to make sure that the work was equally secure inside and outside. Let’s use my own organization as an example. We have about 500 people on my team. Going into the national emergency, 18% of my staff were already fulltime teleworkers, and over 90% did telework part time. So, when we actually flipped to full-time telework for everybody, it was kind of business as usual for us. We had some tweaking to do and stuff like that, but it was very lightweight, just to turn good outcomes into better outcomes.

Over the years, GSA managers have learned the importance of communicating regularly with employees, Shive said. When it comes to building trust, one key goal is to define expectations.

It’s also important to help employees understand how they fit into the organization’s larger mission.

One of the things that keeps employees engaged is clearly laying out what our goals and responsibilities are as an organization and expressing to people what their part is in that. It’s about being able to say, “Here are the organizational metrics, here are the metrics in your performance plan and here’s where those two things tie together.” And then when we celebrate meeting particular business metrics, we celebrate with the employees who made that happen. We’re always focusing on the mission statement and how we’re driving toward meeting that mission statement. If they can draw that straight line between those things, it keeps them excited about being a public servant.

Conversations about remote work often return to productivity: Are employees less productive when they are away from the office and dealing with the distractions of home? GSA has found that productivity typically increases, since employees don’t have to commute, which takes time and energy. But productivity is not the only measure of success.

There’s an organic kind of work that comes from people meeting in a hallway or around the water cooler, or sitting down and chatting while they’re having lunch. That’s where great ideation happens, where people say, “You know, we’re doing this thing if it takes us four hours, but if we do it this way, we can get it done in three hours.” We found that in a distributed workforce, a lot of that was lost. So, we were very intentional about reconstructing those capabilities in a virtual environment, so that you could have virtual team coffees and virtual lunch gatherings, where everybody would get together.

Such collaboration must become part of the normal workday, Shive said, because people work best when they have a good routine.

That’s the key for any agency adapting to the new normal: making it the new routine.

This article is an excerpt from GovLoop’s recent report, “CIO Perspectives: A New Vision for the Government Workplace.” Download the full report here.

I like the last note about productivity when working from home. At first, it was a bit of a challenge to get into the groove. But, once I established my routine – I found myself performing better than in-office days even

Is Your Office Ready for the Post-COVID Crowds?

How Galileo Can Help You Discover a Career Outlet