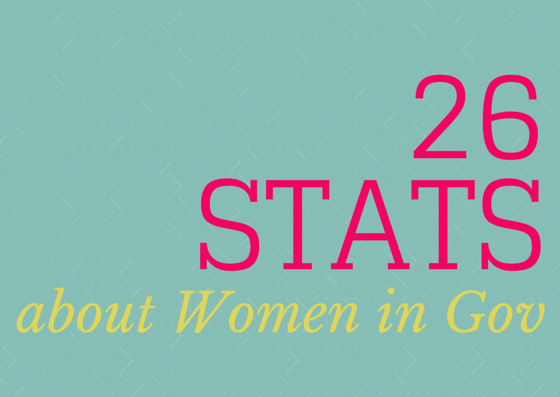 When we started GovFem, we received a lot of positive feedback (thanks!). But we also got a few questions from GovLoopers about how much progress women have made in government, what resources they have, and what the future looks like for female govies.

To give you a better idea of what the landscape looks like for women, we compiled the following 26 facts and figures about female representation in all levels of government:

Given these low numbers, we feel it’s especially important to provide resources for women in government. That’s the purpose of GovFem. Our former posts, including one on increasing female applicants to government jobs and one on confronting sexism at work, can all be found at this link. Check them out, and stay tuned for more!

[…] know, it’s still tough to get into a chief administrative officer position. As we mentioned in a recent post, only 13 percent of local CAOs are women today. But even that wouldn’t be possible without […]

What Kind of Attendee Are You?

The Dos and Don’ts of Professional Networks