Editor’s note: GovLoop interviewed current and former government employees about limiting beliefs they’ve seen throughout their careers in public service. Here’s an excerpt from that conversation in the words of one interviewee. 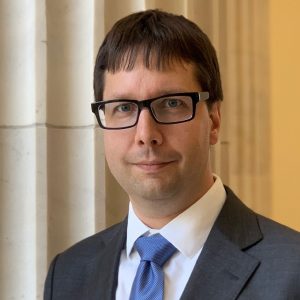 Bill Hunt is technology-policy enthusiast who currently works for the U.S. government. Previously, he spent 20 years building award-winning software and teams in the private sector.

Limiting belief: The most qualified job candidates have degrees.

The reality in government: Writing code is one thing, but you have to know how a product is managed and a project is managed, which are two separate disciplines. In government, you have to understand how budgets work and security requirements, and everything that goes along with it. A classroom isn’t going to teach you any of that.

There’s hope: NIST (that is, the National Institute of Standards and Technology) finally changed the NICE framework (a set of building blocks for describing cybersecurity work) to eliminate those education requirements that had been there forever. But, unfortunately, a lot of agencies have adopted that framework asis and haven’t made that update yet for their postings for these positions. I rarely, if ever, see any sort of serious technical position in government that doesn’t have at least a degree or other comparable requirement in there.

Consequence of inaction: It creates a barrier to entry for people who don’t have these degrees. Even if you’re saying it’s not required, it’s that level of expectation. There’s been a number of positions that I tried to apply for where there’s still a requirement that you have that educational background, just to say that you have the piece of paper. I don’t think that that’s resulting in better candidates coming in necessarily.

What’s at stake: It limits the diversity of your candidate pool. So you’re only getting so many viewpoints.

The need for diverse perspectives: If you haven’t been in the trenches and seen what it’s like to be on the receiving end of these government services, that’s a disconnect between you and the mission. The other side of this is that by having a less diverse pool, you’re probably going to be far less aware of systematic inequality that you’re creating. There’s a lack of real knowledge around automation of these systems [such as artificial intelligence and robotic process automation] and the inequalities they build.

A new outlook: At the bare minimum, agencies need to use blind hiring techniques — removing names, email addresses and phone numbers, and education from these resume evaluations. There are some new initiatives that are coming down the pike that are worth at least thinking about: having experts in whatever the domain is that you’re doing the hiring for, particularly around technology, evaluate the candidate, go through the resumes and do the interviews.

For job candidates: Get really comfortable with your impostor syndrome. All of us have it. Even if it doesn’t seem like you perfectly fit the requirements, you should still apply, particularly if you’re coming from a nontraditional background, not a typical “white man in technology.” This is the opportunity where we need your skills, and you should join us and help us.

For hiring managers: When it comes to hiring, don’t overlook the people that don’t necessarily match what you think is the right candidate. Do more actual interviews than just discarding resumes. Double-, triple- and quadruple-check the number of actual in-person, phone and video chats that you’re doing with people to get to know them. Do multiple rounds. Because, again, it’s the people you’re hiring, not the resume.

This article was very insightful. This is an important phenomenon to be aware of.