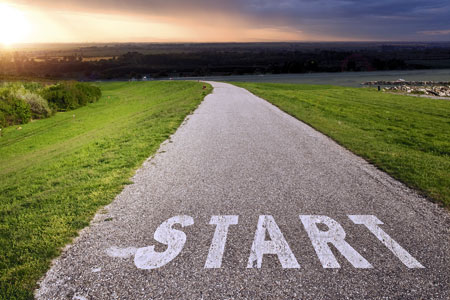 When you think of maps most people automatically think about directions. The most obvious reason to look at a map is to figure out how to get somewhere. If you are anything like me – the directionally challenged – you can spend hours pouring over a route in an effort not to get lost.

But directions are just one of a myriad of reasons to pull out a map. Seriously. Trees, solar panels, Congress – all are easily mappable.

This past summer, GovLoop traveled to California for Esri’s annual user conference to find the latest developments in the mapping revolution. And because we couldn’t and wouldn’t hoard that information we recorded it all for you on video. You’re welcome!

Take a look at the five videos below:

Idaho’s website has used GIS data to map hundreds of miles of hiking trails. They have even mapped GIS data set up a special site to help its State Senators use GIS data effectively.

“The State of Idaho has traditionally used GIS just for GIS people. Most of the data was being exchanged by a GIS officer at one agency to a GIS person at another agency. We have started an initiative to get GIS out of the backroom and in the hands of our citizens. Data that was previously locked up in state government is now usable for all,” Bill Farnsworth, Idaho Geospatial Information Officer.

The Flood Watch app was created in response to the severe flooding in Boulder, Colorado in 2013. The app was developed during a 24-hour hackathon. The app sends users a notification when your property is in imminent danger of flooding. The entire app is running using SMS text messaging. Using SMS text messaging allows everyone to use the system, not just smartphone users.

“We had a lot of friends and family that were living in Boulder who were affected by the floods. We wanted to do something to help give back to the community. Since we are all programmers we don’t really want to go up and shovel mud. But we knew there was a way using code to make an impact on the community. We created a flood alert system that pulls in NOAA data. The NOAA information shows which areas are under a flood advisory very broadly. Sometimes a whole state can be under a flood advisory. To be more accurate, we combined the NOAA flood information with the FEMA flood plane,” Mike Lockwitz, creator of Flood Forecast.

Mississippi is a predominately rural state where access to bandwidth is incredibly important. The state relied on GIS to map the areas where bandwidth was a problem and ferment the policy conversation about where and how the state should invest in order to provide internet access to schools and other municipalities.

“We are using GIS across all sectors here in Mississippi. We have a GIS council that is eleven years old. On that Council are representatives from transportation, agriculture and commerce. GIS is really pervasive across many industries in our state. However, our emergency management teams use GIS the most. Recently, we had multiple tornadoes come through the state and we have used GIS technology to take on-site field collections,” Craig Orgeron, Mississippi CIO.

“We are an organization that does everything from urban parks to rural land conservation. We work in the medium of land, so spatial information becomes incredibly powerful for us. Spatial information is really at the core for us, so that we can align our priorities to help achieve some powerful outcomes,” Jade Daley, Director, Climate Conservation Program, The Trust for Public Land.

The Solar Usability app allows homeowners to navigate a heat map to discover if their house is suitable for solar panels. The app also gives cities the ability to explore and see if their municipal buildings are a great space for solar.

“By giving a shading analysis, homeowners can see if their rooftops is suitable for a large solar ray. By promoting and reducing some of the soft costs associated with getting solar panels installed the app makes it easier and cheaper for people to look to other energy sources and maybe broaden the energy they are drawing on to sustain their communities,” Ben Gosack, University of Minnesota.

For more information on GIS, visit our GIS Resources Hub.