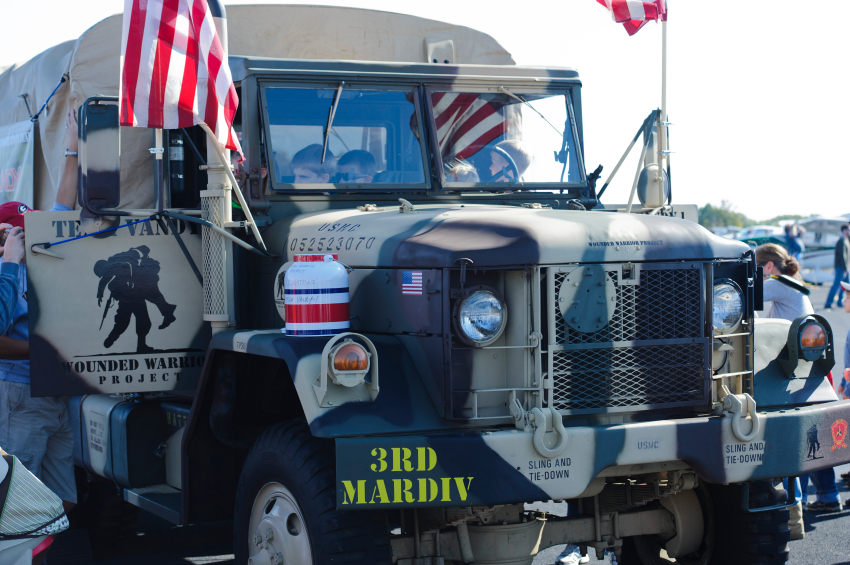 “Can you hear me now?” You probably remember those Verizon Wireless commercials with the Verizon rep walking across the United States making sure the connection was intact. As annoying as the commercials were, they did drive home a point, cell service is everywhere.

But here’s the thing, in many parts of the world, service isn’t a given. For American soldiers on the battlefield and on the move in dangerous terrain, rapid communication with each other and command centers can be the difference between life and death.

Patrick DeGroodt, an Army engineer, played a pivotal role in the creation and deployment of a new state-of-the-art mobile tactical communications network now being used in Afghanistan that commanders refer to as their “digital guardian angel.”

For his work DeGroodt has been nominated for a Service to America Medal (Sammies) – the Oscars for federal employees.

DeGroodt told Chris Dorobek on the DorobekINSIDER program how the devices are changing lives for people on the fronlines.

In the United States we have the benefit of a very large infrastructure, lots of fiber, cable and cell towers, but on the battlefield those resources can be denied to the soldiers. “We have to package all that into the combat vehicles. Our goal is to provide the same types of capability that you’re used to seeing on your iPhone, inside a combat vehicle,” said DeGroodt.

For the soldiers in the field, the mobile tactical communication network has become mission critical. “The most important capability of any military operation is the ability to communicate—without it, lives may be lost and missions can fail,” said Mary Woods, the Army’s deputy program executive officer for Command, Control and Communications-Tactical (PEO C3T) in her nomination of DeGroodt to the Sammies.

Can you hear me over here? Yes, the mobile tactical network allows soldiers to communicate from wherever they are, whether they’re driving down the road, or they’re stationary at some remote village or outpost, they can connect. “The old way of communications was with line sight radios, you had to be able to see the other end of the link,” said DeGroodt. “If there was a mount, you couldn’t talk to them. A soldier would have to be put themself in harm’s way to climb a mountain or get to a position where he could communicate with the other end for maybe a medical evacuation or call for fire. Our communication is called Beyond Line of Sight, because basically wherever you are, you can make that call, and get the help that you need right then.”

Using this new system, soldiers down to the company level can send and receive information through voice, video and data from anywhere on the battlefield.

DeGroodt and his team took relatively immature satellite technology and hardened it to make it robust enough to operate in a combat environment. “Once we achieved the robust capability, then it became a programmatic issue. The question was how do we get the costs down and make sure it reliable to deploy to the entire Army.”

“On the frontlines you’re not Googling, you’re looking for intelligence information about IED’s and enemy forces.”

For DeGroodt working on this new communications system is more than a job, “I couldn’t settle for a job. I had to make sure that it something that I’m passionate about and enjoy every day.”

*Photo courtesy of the Partnership for Public Service

CIOs in the Age of Disruptions