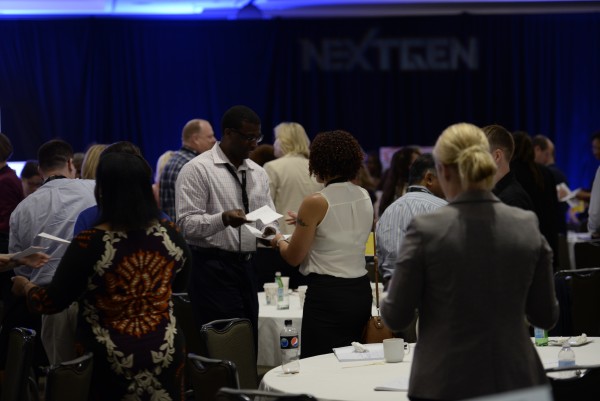 Inspiring and guiding innovation at your agency can be a major challenge. Government may not be as slow paced and static as some people think, but there are often still numerous barriers that prevent new philosophies and approaches from being adopted. Unfortunately, this sometimes means that great ideas go nowhere, and that agencies continue to rely on the same inefficient policies.

Fortunately, many departments are already working to promote creative thinking and inventiveness amongst their employees. Innovating is hard work, and it’s easy to get tripped up in the process. To ensure agency progress, it is incredibly important to adopt methods that support an open and supportive environment for brainstorming and collaboration.

In a lighting keynote session at the Next Generation of Government Training Summit, Josh Marcuse, Senior Advisor for Policy Innovation in the Office of the Secretary of Defense in the Department of Defense, demonstrated one tactic to combine brainstorming and teamwork into a successful and effective method to innovate new policies.

To try Marcuse’s approach, call an agency meeting to brainstorm, and follow these steps:

This method may not seem so radically different from your average brainstorming system, but its small tweaks can be incredibly effective. For example, the system includes a structured method to give some feedback on new ideas. By scoring each proposal, every participant gets a chance to give his or her input. As a result, it is easy for groups to walk away from the brainstorming session with a few ideas that everyone loves.

Another benefit of trading ideas around the room is that it switches each proposal from a personal one, belonging to a single person, to a collective proposition. Every member of the group can take ownership in the idea that they helped to either create or select, and this can have major benefits down the line. By engaging more agency members from the bottom level, your coworkers are more likely to support implementation of the new plans.

Government agencies need to be willing to embrace change, and providing the right environment for creative thinking is an important step. By cultivating a culture that embraces new ideas without prejudice, government can certainly work to do its job even better.

Has your agency adopted this method, or other unconventional approaches to brainstorming? Share your experiences in the comments below!

How to Be a Public Entrepreneur