Equal employment opportunity (EEO) has always been a cornerstone of the federal civil service. The government prides itself on striving to be a model employer and setting an example for the private sector.

Many government agencies have a positive record of achievement on EEO issues and fostering work environments which are diverse, fair, inclusive and free of discrimination, retaliation or harassment.

Nevertheless, much work remains. With this in mind, the U.S. Equal Employment Opportunity Commission (EEOC) is broadly seeking feedback from federal sector stakeholders and the public regarding the most efficient ways to reform and improve the Federal Sector EEO Complaint Process.

The EEOC recently issued an Advanced Notice of Proposed Rulemaking (ANPRM) which was coordinated with other federal agencies and is published in the Federal Register.

The ANPRM signals the first public comprehensive review of the Federal Sector EEO Complaint Process undertaken by the EEOC in several decades, the agency says.  The ANPRM contains a series of questions intended to encourage new thinking about the federal sector process.

What suggestions would YOU make to improve the Federal Sector EEO Complaint Process? 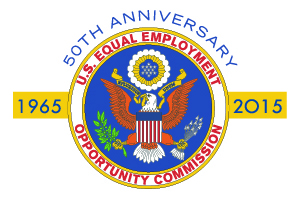 The EEOC became responsible for the this process in 1979 when it inherited a complaint process from the Civil Service Commission.  Through rulemaking over the past decades, the EEOC has enhanced the process it inherited.

The EEOC says it is interested in hearing from the public whether the current process can be improved, and if so, whether far-reaching reforms are necessary or whether the process requires only a modest fine-tuning.

“I am encouraged by the prospect of reform. The last significant change to the Federal Sector EEO Complaint Process occurred in 1999.”

“For years, many people have discussed the possibility of reform. The Commission is vitally interested in how to make the complaint process work better.”

She adds: “I and my colleagues look forward to hearing from interested stakeholders and the public on this issue and working to create a more efficient and effective process that will benefit both federal employers and employees.”

In essence, this is YOUR chance to help foster a model federal workplace by providing official recommendations, new and innovative thinking, as well as general feedback to reform the process for filing and resolving discrimination complaints against agencies.

Don’t let this chance slip by to offer YOUR unique perspectives and insights to make the federal workplace a better place for all employees.

NOTE: For more information and regular updates on Federal Sector EEO issues, follow the EEOC’s Office of Federal Operations (OFO) on Twitter @EEOC_OFO and check out the federal sector information on eeoc.gov.

What might help people make *informed* comments is if EEO put up an infographic or flowchart showing the current process/es. Next, individual/s could review, and, using their own words, point out revisions, changes or improvements they would suggest.

Thanks for the valuable feedback, Ramona. I agree that infographics and flow charts are useful to simplify multi-pronged bureaucratic procedures. Good advice!

So You Want to Start a Performance Improvement Division?