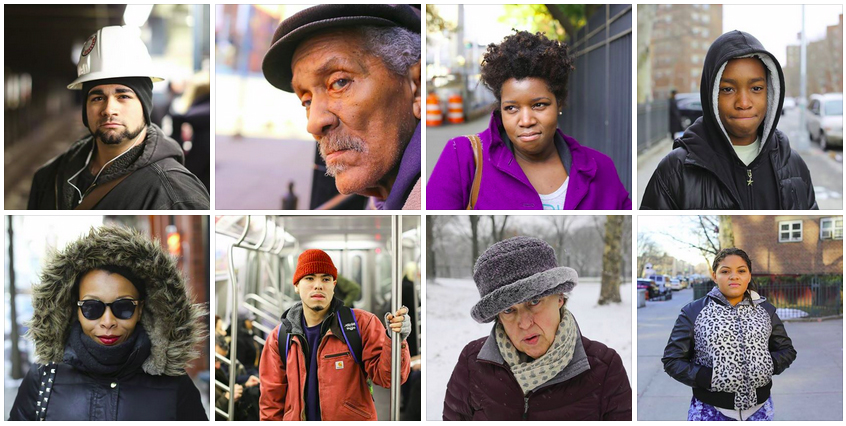 Everyone is talking about Humans of New York. It’s a success story worth the airtime. It’s also an inspiration that can help you find the heart in your storytelling and communications.

Recently, Brandon Stanton, who runs the popular photography blog, shared a photo of a 13-year-old boy who attends school in one of the most dangerous parts of Brooklyn, NY. In the quote that captions the photo, the student, Vidal Chastanet, praises his school principal, Ms. Lopez for all she does for him and other students.

That photo—and really, Vidal’s story—generated a flood of comments from the fans of Humans of New York, filled with support that inspired Stanton to run a fundraiser for Vidal’s school. The money would help the school principal send her students on a trip to see Harvard University so they could begin to understand that there’s nowhere they don’t belong and that they deserve success as much as anyone else.

The storytelling best practices that you can learn from Humans of New York are not just about using photos, though there’s certainly a massive power in using visuals in storytelling. These best practices are are all about getting to the heart.

Telling the story of a real person can transform the oversized into human-scale. An actual person’s experience can take an abstract issue, a seemingly insurmountable obstacle, or a far-distant conflict and convert it into something understandable and relatable.

Even if you can’t feature a real person, you can still bring a human element to your story in the voice you use in your writing and communications. Lower the level of jargon a notch (or twelve), talk with rather than down to your audience, put the thesaurus away and use natural language and even (*gasp*) lingo, and let your feelings show through.

People connect with emotional content—and the stronger the emotion, the better. The result of this connection is that content with strong emotions is more likely to be shared. While both negative and positive emotions lead to increased sharing, positive content is more viral (woo hoo!).

Beyond social sharing, positive emotions can (now, I’m simplifying research findings here) help people cope, make better decisions, and increase their capacity to learn, and can lead to remarkable lifestyle and behavior changes like reduction in cancer incidence and better attitudes from employees. Meanwhile, negative emotions, viral or not, are unlikely to inspire anyone to do much of anything, except perhaps sigh and blast some emo music.

Now, this doesn’t mean you should be 100% positive all the time, but when you can it’s utterly worthwhile.

To capture people’s attention, your story needs to have a dramatic narrative arc, that is: exposition > rising action > climax > falling action > denouement.

With a narrative arc, your story suddenly resonates. This structure to your storytelling helps people feel uplifted, motivated, and connected to others. It gives what you have to say an unforgettable oomph and can lead to people taking concrete action as a result of hearing or reading the story.

Dr. Paul Zak talks about what makes the narrative arc so compelling in this talk about his neuroeconomics research:

Plot twist: It turns out that the narrative arc of Humans of New York is not in one photo, but in watching the collective story of all of the diverse people New York unfold over time. Now, with the addition of Vidal, Ms. Lopez, and the fundraising success, we’ve reached what might be the climax of this narrative arc.

Our brains are so enamored with faces that we see them everywhere—in clouds, in power outlets, in the rocks of Mars, and in toast that look like Jesus (this is called face pareidolia).

Human faces are sources of information. Nearly instantaneously and unconsciously, we analyze facial expressions and can often deduce what a person is feeling, even if those feelings are supposedly hidden. Looking at people’s faces also evokes empathy and a sense of connection. You could say that we read a person’s stories in their faces.

One of the rare Humans of New York photos without a face is also one with the most unkind comments. Reasonably enough, the person didn’t want their face shown because, as he explained, “I’ve got warrants.”

It’s difficult to emotionally connect with a forearm.

The fundraising campaign hasn’t even ended and Humans of New York has raised over $1.2 million dollars for the Mott Bridges Academy, far surpassing its original $100,000 goal.

If you’ve managed to get people engaged with your story, it’d be a shame if you let all that capacity for behavior change and emotional connectedness go to waste. Embracing the human, accentuating the positive, tracing a narrative, and showing a face can help you move hearts and minds into taking action and doing something good.

Even if you aren’t fundraising, you might want to educate people about a complex matter, inspire citizens to get more involved in their community, raise awareness of a critical issue, or sway people’s opinions about a policy—and that’s all possible through storytelling.

Let’s look at the post that started all the current fuss:

I believe the most important part of the story that Vidal shares is this:

“She told each one of us that we matter.”

By elevating the stories of real people that we can relate to—flawed humans, exceptional talents, the young, the old, the brave, the shy, the confident, the insecure, the lonely, the in love—Humans of New York lets all of us know that we matter. And, so you do.

I love Humans of NY — what an awesome post, Lauren! I think you really captured the essence of what makes it such a compelling story-telling medium.

Thanks Matthew, so glad to hear that you enjoyed the post. HONY is inspiring for many reasons. I look forward to seeing better storytelling from a lot of people because of its influence.