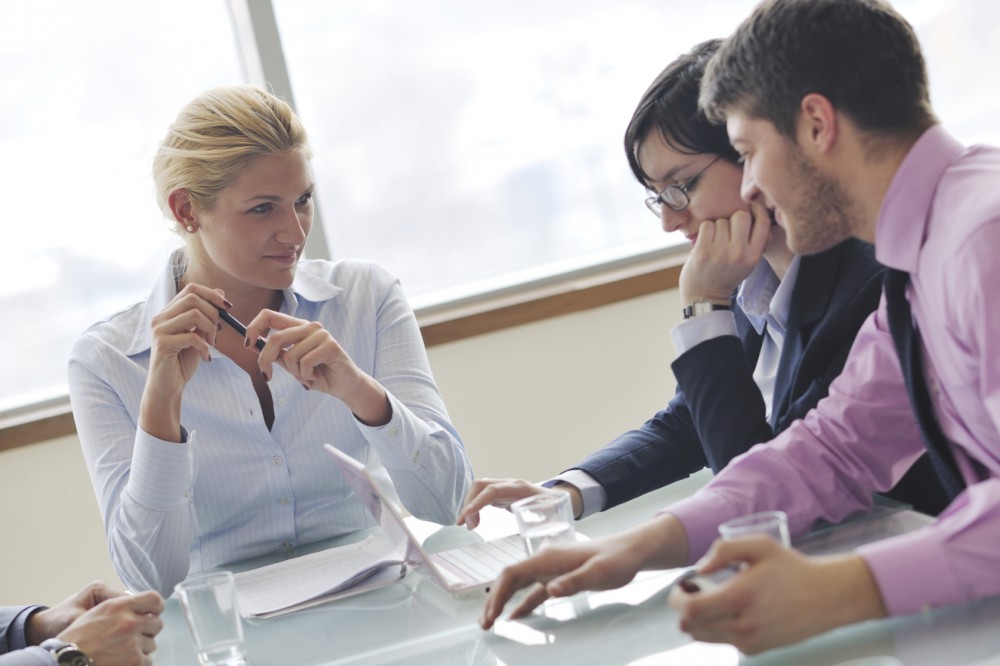 When a group of people work together, there’s bound to be conflict. In the best case scenario, this can work itself out on its own – but sometimes you’ll come across a team member who’s just difficult to work with. How do you deal?

If one person missing deadlines, holding up their teammates, or just in general having a bad attitude, as a manager, it’s your job to deal with the conflict. To keep your team running smoothly, you’ll have to find a way to work with everyone on it – and to get them to work together. It can be incredibly frustrating, but it’s not an impossible situation. Here are some ideas to help you out.

If your team members don’t trust you, they may not come to you in the first place with problems. Employees need to feel free to report problems to you, which they will do if you have developed a reputation for fairness and a willingness to listen.

Approaching a difficult person requires a lot of trust on both parts, especially if the conflict has been going on for a while. Your difficult team member may already feel under attack, or defensive, as a result of their interactions with the rest of the team, so it’s important to start building the foundation of trust.

Don’t view this person as your enemy, or the relationship will quickly sour. Try to keep your own emotions in check, and look at this situation as a work puzzle to be solved, not a battle to be fought.

Try to focus on facts, not opinions

If you’ve based your case entirely on personal feelings, it’s too easy for the discussion to devolve into a matter of opinion. Instead, try to establish an objective way to measure how your problem employee is meeting goals. That makes evaluating performance more concrete, and gives you tangible evidence when confronting them. Instead of offering a vague criticism to your employee, look for things like deliverables that maybe holding up other team members, or specific instances of bad behavior that hurt someone else. Being too general opens you up to argument.

Understand your employee’s point of view

Remember, you’re not a mind reader. Many office communication problems are caused by guessing at what the other person is thinking, instead of talking to them directly. If a member of your team is difficult to work with, don’t assume you know the reason why – take the time to actually talk to him or her about the problems they’re causing, and you maybe surprised at their perspective.

Try to see things through the eyes of others. Consider the way your own management style comes across to this employee. Are there certain tactics that you use that work well with other team members that may rub this person the wrong way? Often, finding a solution to a personality conflict will require compromise on the part of both individuals.

Deal with conflict in a timely, efficient way

Effective conflict management has a time limit. If you avoid dealing with something for too long, by the time you bring it up it will just look like you’ve held a grudge for all these months. Instead, deal with conflicts as they arise in a fair and constructive way.

Try to always try to be focusing on the future when dealing with conflicts, instead of getting caught up arguing over past mistakes. How can you both make things smoother going forward? Trying to assign blame for past conflicts can put obstacles in the path towards resolving the behavior for future success.

To help resolve problems going forward, work together to create a solution that works for both of you. How can your employee shifts the way they approach meetings, conversations with coworkers, or deadlines in order to clear up some of the issues?

Just as you want to have specifics when discussing the problem, make sure your solution is also specific. That way, if behavior doesn’t change, you’ll be able to discuss the matter again in the objective way. Creating concrete goals gives you both a measuring stick against which to mark change in behavior.

How have you dealt with problem employees as a manager? We’d love to hear your stories in the comments.

This is an excellent process. The only thing that I would add is that the process needs to be fair, consistent, objective and honest. A leader needs to apply these skills in dealing with their community and the employees of the organization. And, the application of the Rotary 4 Way Test applied as follows: